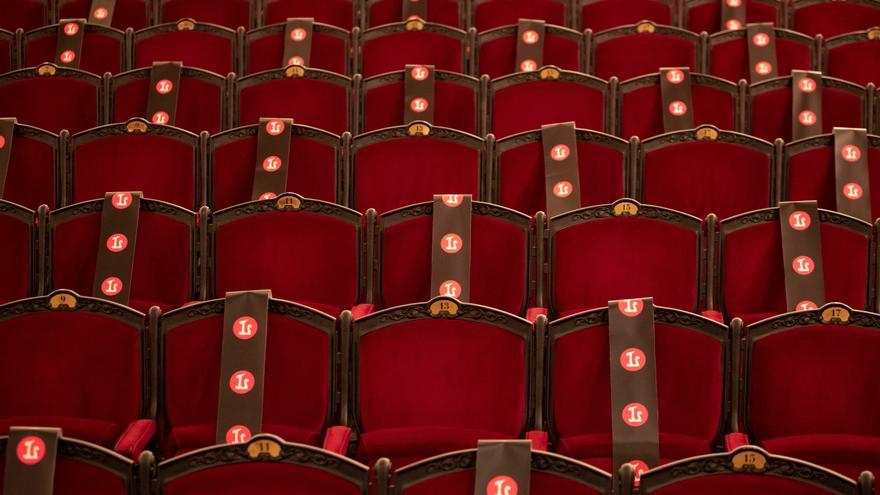 Barcelona, ​​Jul 29 (EFE) .- The Gran Teatro del Liceu closes the 2020-21 season with a “budget balance” and an artistic program that has had great international names despite the pandemic.

The Liceu has reported this Thursday that although the pandemic has forced the temporary closure of most of the theaters in the world, the Barcelona opera has been able to conclude “an exceptional season in which it has managed to keep the doors open, launch the message of a safe culture and maintain an excellent artistic program “.

The 2020-21 season closes with a reduction in ordinary income, with the anticipation of achieving a balanced budget, thanks to the containment of general expenses and the support of public administrations, companies and benefactors.

In the absence of budget closure, the Liceu is expected to end the season maintaining an economic balance with income of 38.9 million, 5.5 million below the initial budget, which estimated a capacity of 50% until last November, and then progressively an increase in capacity until June 2021 with 100% occupancy of the room, something that has not been finally possible due to the evolution of the pandemic.

The patronage maintains the contributions to the Liceu with 6.4 million euros and confirms its confidence in the new project, and the extraordinary contributions of the administrations of 1.5 million have complemented the actions that make economic balance possible.

The theater was forced to modify projects of the season to ensure safety, and even so it has had great international names such as Sondra Radvanovsky, Piotr Beczala, Anna Netrebko, Gustavo Dudamel, Lisette Oropesa, Pretty Yende, Ermonela Jaho, Katie Mitchell, Nadine Sierra or Javier Camarena.

The Liceu’s occupancy has been 124,000 spectators, approximately half that of a regular season due to capacity restrictions due to the pandemic, and 91% of the tickets put on sale were occupied.

Tickets were sold out on titles such as the opening concert by Sandra Radvanovsky and Piotr Beczala, the opera “Il trovatore”, the ballet “Swan Lake”, the concert “Romeo and Juliet” by Prokofiev, directed by Josep Pons, the recital “Winterreise” with the installation of Chiharu Shiota or “The monster in the labyrinth”.

The operas “Otello”, directed by Gustavo Dudamel; “Lucia di Lammermoor”, performed by Nadine Sierra and Javier Camarena, or the concerts “The three queens” by Sondra Radvanovsky.

The coronavirus crisis has increased the weight of the public in the city of Barcelona by 60%, while in previous seasons it did not reach 50%; and at the same time the decline in tourism and perimeter confinements has led to a significant drop in foreign and out-of-town audiences.

At the institutional level, the season has ended with the reorganization of the Music Department, which expands its scope of action to meet the new needs of the Liceu, both artistic, as well as new formats and public, educational and social.

In a few weeks, the Liceu will start its 175th anniversary season, which will start on September 22 with the opera “Ariadne auf Naxos”, by Strauss.