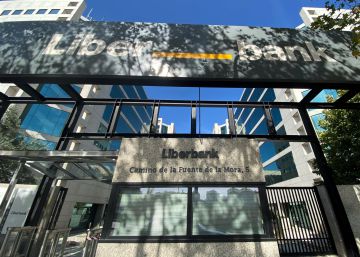 Unicaja and Liberbank confirmed “preliminary” contacts yesterday, as reported by both entities to the CNMV, which could lead to a merger. These contacts, however, have accelerated in recent days (the boards were informed of the beginning of the contacts on September 24), and both entities hope that their respective boards of directors will be convened to formalize the negotiations and hire the legal advisors and investment banks to carry out due diligence.

Last weekend, in fact, both banks held conversations that suggested that they could be convened at any time (it only takes 24 hours to be convened).

The confirmation of the talks caused the titles of Unicaja and Liberbank to soar on the stock market. The entity chaired by Manuel Azuaga rose 15.14%, while the one headed by Manuel Menéndez did so by 13.58%.

Both entities already negotiated their merger just two years ago, although in May 2019 the operation stalled due to not reaching an agreement on the exchange equation due to the differences in the valuation of the assets.

At that time, Unicaja claimed 60% of the resulting entity, while Liberbank asked for 42%, although initially the firm from Asturias claimed a 45% weight in the bank that was created from the merger. In terms of assets, Liberbank has 45,824 million and Unicaja 63,002, which would set a ratio of 42% and 58%, respectively.

Several sources consulted give this equation as feasible as a starting point, and assure that Liberbank could claim a more advantageous position than the one handled in 2019, although in both entities they assure that that point of concretion has not yet been reached and prefer not to comment. .

Difficulties in carrying out a capital increase from around € 300 million to € 400 million to pay for the restructuring required by the operation also clouded previous negotiations. Now, however, the ECB, which wants fewer but stronger banks, has relaxed its demands in order to boost mergers.

Therefore, the potential entity resulting from the merger would not have to aspire to have a solvency ratio of the higher of the two banks, although now it would not be a problem, since in both cases the fully loaded CET1 capital ratio is 14% (14.4% in the case of Unicaja), and the cost of the adjustments could be charged against the negative goodwill that the operation would generate (the goodwill or badwill is the difference between the market value and the value in books of the absorbed entity) after the absorption of Liberbank. At current prices, Liberbank is trading at 0.26 times its book value, which would give a lot of room for maneuver.

Although initially both banks already have X-rays of their respective balance sheets, carried out in 2019, the Covid has worsened the situation of the entire sector. For this reason, the two old savings banks will have to redo the due diligences starting at almost zero points, explain sources familiar with the contacts.

In the year and a half that has elapsed since both entities broke up their negotiations, both Unicaja and Liberbank have reinforced their provisions and capital as a result of the pandemic. Although the coverage of non-performing loans is different: in the case of Unicaja the ratio is 60.9% and in Liberbank 50%, while that of foreclosed assets is 62.4%, and 49%, respectively.

In this way, the combination of the Liberbank and Unicaja businesses would result in the creation of the sixth entity by volume of assets in Spain (or the fifth, discounting the merger between CaixaBank and Bankia), with more than 108,826 million euros, a network of 1,608 offices in Spain and a staff of 9,972 workers.

Although they consider that it is early to establish an effective calendar for the operation, the previous objective is to close the operation between December and the first quarter of 2021, a date that coincides with the merger of the two large former savings banks Bankia and CaixaBank.

Pressure. There is no truce, the pressure from the ECB and the Bank of Spain to finalize the new national and later European banking map grows by the day. Added to this is the Government, which supports these concentration operations.

New negotiations. The ECB’s supervisory board announced in July that it will “facilitate” the consolidation of the euro zone banking system through the use of its supervisory tools, thus not demanding higher capital requirements from entities emerging from a merger.