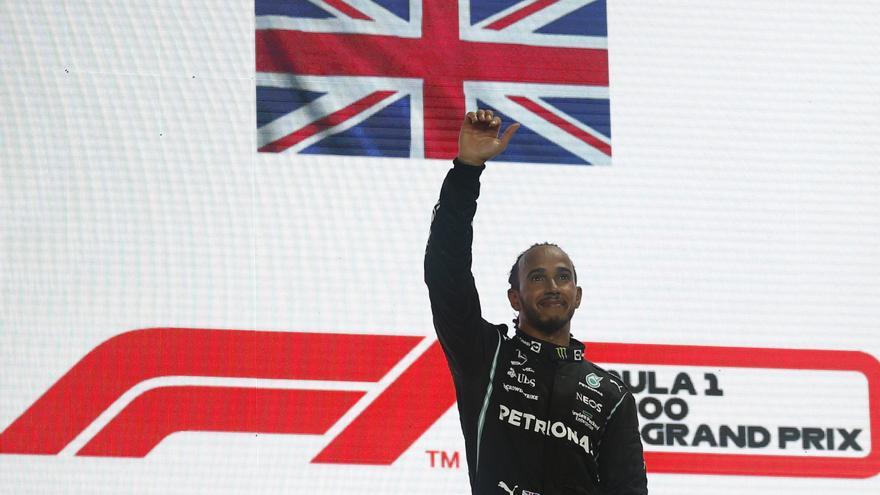 The British pilot Lewis hamilton (Mercedes) has won this Sunday victory in the Tasting Grand Prizer, twentieth and penultimate test of the Formula 1 World Cup, a date in which the Spanish Fernando Alonso (Alpine) has managed to get on the podium after resisting in a fantastic race and in which Carlos Sainz (Ferrari) finished seventh.

Seven years after stepping on the drawer for the last time, at the 2014 Hungarian Grand Prix, the Asturian returned to the podium ceremony after a test in which he asserted his single stop strategy and in which he returned to give overtaking at the start.

Everything to sneak into the party of the usual, a Hamilton that already has 102 victories and a Max verstappen (Red Bull) forced to come back due to his penalty for ignoring the yellow flags in qualifying. With this, the seven world champion he remains, with two races to go, just eight points behind the Dutch, world leader.

The uncertainty due to what happened in the classification, where several cars ignored the yellow flags After Pierre Gasly (AlphaTauri) had his car stopped in the middle of the track, it was resolved just an hour and a half before the traffic lights went out.

After coming to testify, Verstappen was sanctioned with five positions on the starting grid and the Finn Valtteri Bottas (Mercedes) with three, while Sainz, also called to appear, got rid of penalties. With all this, Alonso rose to third place on the grid and Hamilton had a free hand to try to escape.

As soon as the test started, the Spaniard surpassed Gasly to get second, and ‘Mad Max’ stomped to get to fourth place in just one lap. By cons, Bottas fell to eleventh place after accusing problems in his car; It would not be the only setback for Bottas, who on lap 36 suffered a puncture in the right front tire that forced him to go through garages.

Verstappen took only four laps to also get rid of a ‘friendly’ car like Gasly’s, which did not resist when the Dutchman overtook him in the DRS zone, and a lap later Alonso was his new victim. Hamilton was just under four seconds away. Even so, the current world champion had enough rhythm and little by little he opened more space with his rival for the title.

Alonso, meanwhile, pitted on lap 24 to ride the hard compound and rejoin the track ahead of the Australian Daniel Ricciardo (McLaren) and the Mexican Sergio perez (Red Bull), which subsequently managed to overtake him.

With the stop of ‘Checo’, the two-time world champion returned to the podium positions, with the question of whether he would go through garages again. “Tell Esteban -Ocon- to contain Pérez“, asked his team by radio with only ten laps to go.

Latifi’s puncture, with a tire life of 31 laps, set off alarms at Alpine. The virtual safety car allowed him to cool down the tires and buy time to cross the finish line in third position. Meanwhile, Carlos Sainz (Ferrari) finished seventh.