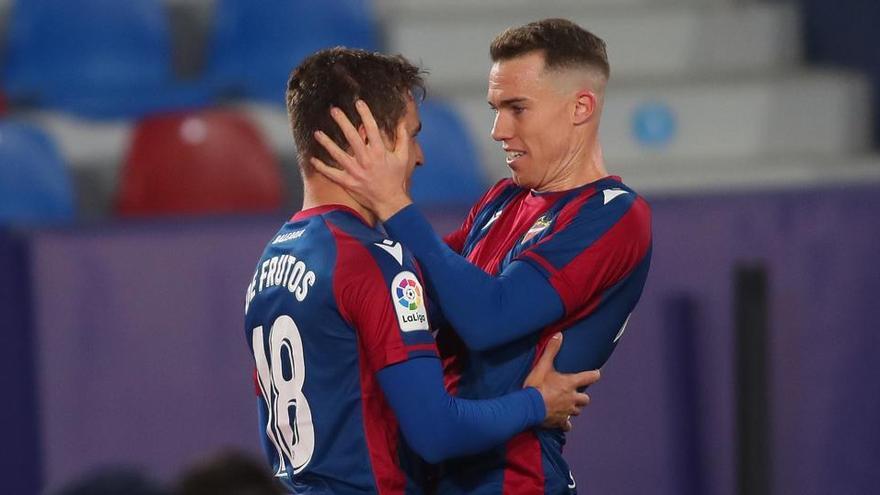 A goal from Jorge de Frutos four minutes from the end he left the points in the Levante locker before the Real society in a good game, with fluid football, many times and in which both teams wanted to win.

The Levante tried it through the search for spaces on the backlash and the Real with a greater territorial dominance and the scoreboard went towards the Valencians who punished the Basque team with their comeback in a clash of even forces.

The Real Sociedad took over the match from the opening whistle with long ball possessions, frequent approaches to the goal of Aitor Fernández and a lot of presence in the opponent’s field.

In front, the local team tried to go out on the counterattack, but their options of having the ball were few and when they recovered it, I lost it again immediately.

At 22 minutes, a free kick by Isak made it 0-1 on the scoreboard with a ball that brushed against the shot by the Levante defense, giving an advantage to the team that had most deserved it up to that moment.

The advantage lasted five minutes for the Basque team, since on Levante’s first occasion, a rejection by Remiro after Dani Gómez’s shot was used by Roger to tie.

After that both the forces leveled off, Levante was able to have more of the ball, with longer possessions and some arrival not only on the counterattack, but also on the play.

La Real took a step back Regarding the initial section of the clash and the meeting advanced towards its equator without dangerous actions before the respective goals.

The second half started at a good pace, although without Real Sociedad being as dominant as in the first. The arrivals from the Levant were increasingly frequent and dangerous, with a great shot from Morales that Remiro sent for a corner in a very good save.

The forces were balanced but Levante had the ball that they had not had in the first half hour of play, although both teams alternated their chances to score the second goal.

It was a round trip. Both teams wanted to win and in the match they entered their final stretch with dangerous situations in front of both goals.

The balance between football against Levante and against Greater control of the Royal it offered alternate phases and above all emotion.

In one of the twists and turns of the final stretch of the crash, Jorge de Frutos in a good penetration through the center put the 2-1 on the scoreboard and the Real Sociedad no longer had opportunities to establish the tie.

Incidents: match of the fourteenth day of the League played at the Ciutat de València without an audience. The local coach, Paco López, was honored before the match for his one hundred games as the team’s coach.