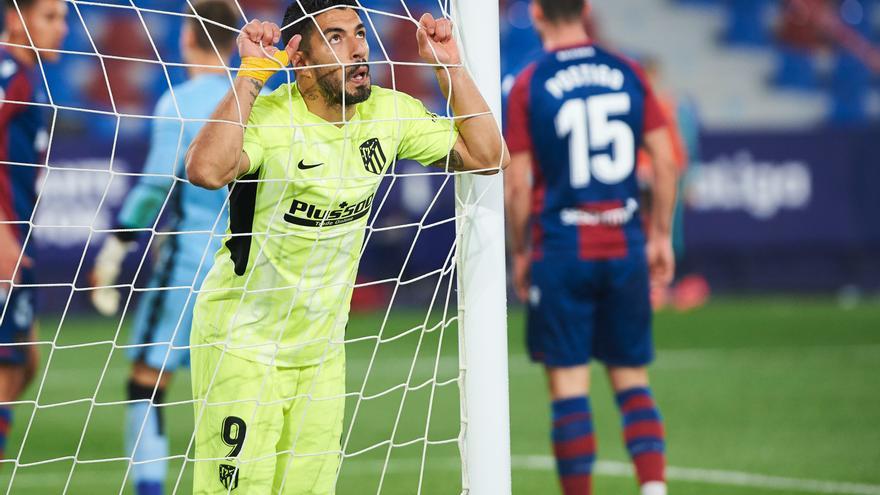 The Levante halted the trajectory of the leader Atlético de Madrid with a draw at the Ciutat de Valéncia in which, crouching first and looser later, he knew how to grip the key players of the Madrid team, who he was not able to reflect the superiority phases on the scoreboard that he had in the meeting.

It was a meeting clearly decided before the break in favor of the Madrid team, which gave way to a somewhat more leveled second half between two teams that bet on very defined approaches between the Levantinists against and the intensity of the Atléticos

The first half was marked by a absolute territorial domain of the visiting team Against a retracted Levante, which set its expectations on surprising Atlético de Madrid on the backlash.

During the first half hour, Diego Simeone’s team football gave him to recover balls thanks to their suffocating pressure and to play very close to Aitor Fernández’s goal, but it was not accompanied by dangerous approaches, neither before nor after the local goal.

With the game completely controlled by Atlético de Madrid, a quick counter action by De Frutos ended with a Bardhi’s shot that rewarded Levante in the first goal option he had enjoyed.

Atlético de Madrid was hardly affected by the goal, maintaining the same dynamic, which left the locals without the ability to go on the counter to the point that a shot from Roger from outside the area was the second and last local occasion before the break.

In one of the arrivals of the Madrid team, a distant shot from Llorente brushed against Rober Pier and left the Levantine goal without an option to stop the ball. The goal encouraged the outsider team who from that moment until the intermission was able to generate more danger than before the goal with several shots that compromised the local goal, especially one from Llorente himself, to which Aitor replied.

At halftime, the local coach, Paco López, raised Rober Pier to the midfield and gave entry to Duarte with the departure of Radoja, while Diego Simone took Vrsaljko out of the field to put Llorente on the right and place Kondogbia in the medullary midline.

In the second minute of the resumption, Correa did not hit the clearest occasion of the match up to that moment to put his team ahead on the scoreboard, but the main difference with the first half was that Levante had the ability to get out of his field that he had not had in the first half, which balanced the meeting.

The game entered a phase of alternatives, although with more offensive actions by Atlético de Madrid, which penetrated well on the wings and forced the local defense to cut forcefully various dangerous centers.

Clerc for Levante and Llorente for Atlético had goal options in long shots, a reflection of the dynamics of a game in which details began to be increasingly important after the second half of the second period.

From there, occasions for both, and final after which Levante sits in the middle of the table and Atlético increases its lead as leader to six points with a pending match.

Incidents: match played without an audience at the Ciutat de València stadium.