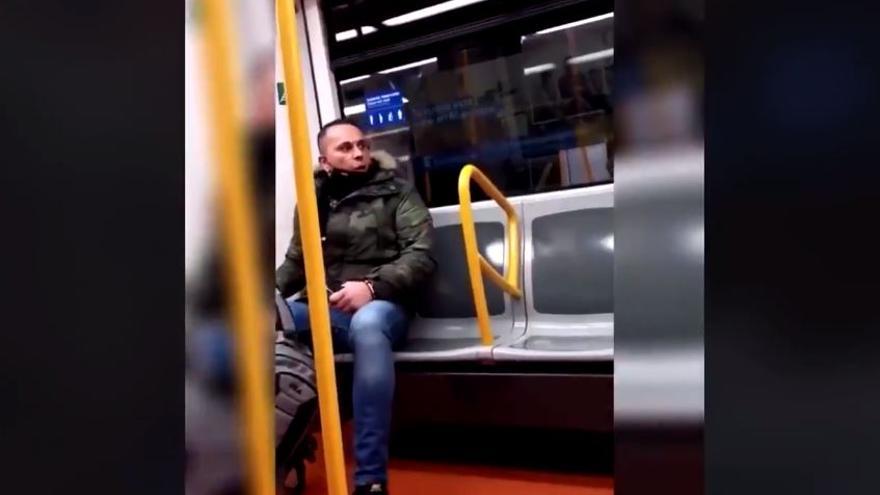 The Central Cybercrime Unit of the Police is working on the identification of the man who uttered racist and sexist insults against a passenger in Metro de Madrid. In a video recorded by another person in the wagon, you can hear how he repeatedly repeats “I shit on your dead” and “shitty sweat”.

“From the smallest to the largest your race, I shit on your dead. Shit hoodie”, threatens the man, several times without his mask, and adds: “Let’s see if you think you’re something here in my country , disgusting “. At another point, he tries to intimidate the rest of the passengers in the car: “If anyone has something to say, say it now, I’ll take it and bust it. Let’s see who has eggs inside the car and tell me something.”

Before leaving the wagon, he waits for him that “if he becomes a man” he “disfigures” him: “He becomes a man and well, I even leave you naked.” “I burst the flag on you,” he adds.

According to EFE, which cites sources from Metro de Madrid, the dates, the place and the circumstances surrounding this event are still unknown. The Police have requested citizen collaboration to identify the man, middle-aged and carrying a backpack.