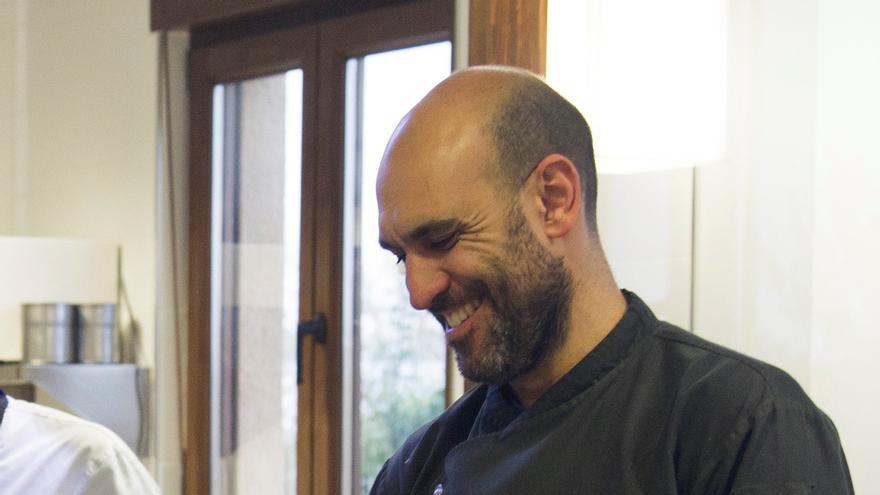 Zamora, Apr 1 (EFE) .- The chef Luis Alberto Lera, who has just been awarded the 2021 Gastronomic Literature Prize by the International Academy of Gastronomy for his book “Lera”, has advocated putting “hunting cuisine up to date “and” playing “with the pieces instead of” just doing the dishes we’ve made all our lives. ”

Lera has its temple of hunting cuisine in Castroverde de Campos (Zamora), a small town in a traditional region of small game, and, despite the distance, the Parisian academy has set its sights on it to recognize the wisdom in the stoves that It has been captured in a large format book with 444 pages.

The publication, edited by Montagud, summarizes its content in its subtitle “Gastronomy, culture and hunting”, since the author has combined a “quite didactic” section on how to work in the kitchen fourteen game pieces for which he contributes 47 recipes with a “more hunting” part, he has detailed in an interview with Efe.

“As a hunter I was interested in not losing that culture and that we put it in the 21st century,” he assured, to then acknowledge that the book responds to his concern because “the new generations did not know how to deal with a game animal” .

In this gastronomic field, Lera Collantes explained that since the 60s and 70s of the last century there had been “very little evolution” and “the recipes were very much anchored in the past” so a five-year ago he gave a new turn to the family catering to “put those pieces in the current and contemporary kitchen”.

In this way, it has sought to collect the cultural witness of the region and maintain “the roots, but always with an eye on a more modern cuisine” that would “give a return” to the traditional cookbook and favor the resurgence of hunting gastronomy.

Examples of this are some of the dishes that he makes, such as a pickled field rabbit with oyster, a stew filling with wild boar bacon, traditional Zamorana flour and garlic candeal bread, a roe deer with morels or a fox pigeon with onion in butter.

His philosophy of updating tradition is applied not only in the kitchen but also as a hunt fan that must be “increasingly ethical”.

“We hunters have to keep doing things better and better, being respectful with the environment, with the animals, giving them a good death, honoring that death and cooking it as necessary,” he assured.

That respect for tradition and the natural environment is transferred in his book by the forewords of the biologist Juan Delibes, son of the writer Miguel Delibes, and Odile Rodríguez, daughter of the naturalist popularizer Félix Rodríguez de la Fuente, to which he adds the collaboration of the chef and hunter Luis Moreno Maldonado.

Lera has expressed her “infinite joy” at having obtained this recognition for gastronomic literature, although neither that award nor having yet achieved a Michelin star are things that obsess her: “I am much more obsessed with everyday life than in the restaurant eat better and better. ”

For this reason, he maintains that the greatest prize for him is the customer and “having the restaurant at a good pace”, something that he has achieved even now that the perimeter closure means that he does not have his main clientele who came from Madrid, Galicia, Asturias, Country Basque or Catalonia.

Regarding the regulations against covid-19, he regretted that the hospitality industry, which at all times has adapted to the situation derived from the pandemic, has been the “great victim” and “no one has had empathy” with it.