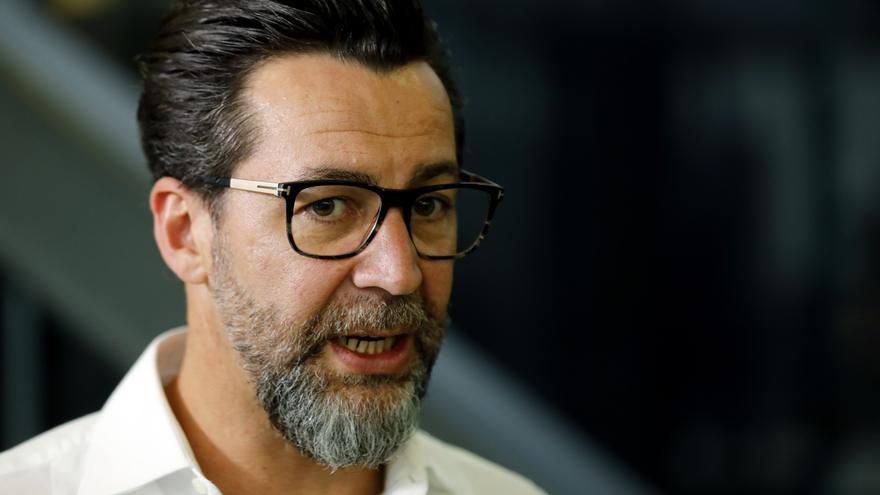 Madrid, Apr 20 (EFE) .- Quique Dacosta has created five gastronomic concepts for the Mandarin Oriental Ritz in Madrid, where he shows himself as an expert in rice dishes, but also in luxury products and, above all, in haute cuisine with Deessa , where he hopes to increase his heritage of Michelin stars, which amounts to five for now.

Born in Extremadura (Jarandilla de la Vera, 1972) and one of those responsible for putting the Valencian Community on the national and international gastronomic map, Dacosta has spent five years developing its concept of “gastronomic hotel” for the mythical establishment, thoroughly remodeled after three years of closure.

A hotel born by royal request – from King Alfonso XIII to the hotelier César Ritz – and with guests like Mata Hari, Ava Gardner, Ernest Hemingway, Madonna or Lady Di, wanted a triumphant return. And Dacosta gives it to him in the kitchen: “I bring my own stamp, I don’t discover gunpowder, but I have created different environments and concepts.”

He has thought of them for hotel guests, but “first for Madrid residents,” he explains to Efe under the recovered glass dome, which was covered during the Civil War and had remained covered until now.

There is the classicism of Palm Court, because “we did not want to lose the essence of the Ritz”. They have resumed, accompanied by the chords of a piano, the “afternoon tea de aires ‘British’ but flavor ‘Spanish’ and offers, under the baton of Juan Antonio Medina, an” updated classic “cuisine with tartares, seafood, roast pigeon or Sirloin Wellington, and “very refined” service including the hotel’s original silverware.

It is flanked by Champagne Bar, “the sacristy” of sparkling wines reserved for eight people with 70 champagnes available by the glass and “a kitchen to caress the product” with elvers, oysters or caviar. In front, the Alicante Joan Soler, who was the emperor Naruhito’s butler.

The star in the crown is Deessa, where Dacosta is determined to “achieve three Michelin stars”. For this, he has placed Ricard Tobella in command of the kitchen – “he got me the third in Denia”, he recalls – María Torrecilla as head of the room and Silvia García, head sommelier of the entire Ritz, as the main manager of a winery with more of 250 references.

The diner has a menu with Dacosta classics, which allows him to explore his career in the triestrellado that bears his name in Denia (Alicante) with landmarks such as the animated forest, the Guggenheim oyster or the foie gras cubalibre, and another expressly created for Deessa in which there is no lack of salted fish, the red prawn boiled in seawater or rice, now with morels and milk skin.

He recalls that on November 22, 2012 he collected the third star at a gala held precisely at the Ritz. “Our destinies have come together again,” he adds.

Deessa has a terrace in El Jardín del Ritz, where another of the gastronomic concepts is developed, which combines cocktails and a traveling kitchen in which there are also rice dishes. It is one of the strengths of Dacosta, which has just reopened its Arros QD in London “and it’s full.”

In Pictura, together with the mixologist Jesús Abia, he proposes “liquid cuisine” in the form of cocktails created with culinary techniques, as well as a menu of snacks to accompany them.

Caviar has an important role in the gastronomic proposal because it was César Ritz who introduced it to Paris in 1920 through the Petrossian brothers.

“It is not easy to design five different concepts, which are born from a way of understanding the hotel industry that involves inhabiting spaces from a gastronomic and recreational point of view. It is a proposal for guests but also for locals, because I am very proud to train part of its gastronomic offer, to contribute my grain of rice, “he says.

Dacosta says -that in Valencia it also has the bi-star El Poblet, Mercat Bar, Vuelve Carolina and Llisa Negra- that “motivates him to create concepts and protect them” and that inaugurating at the Ritz after five years of dedication has been “like seeing a son “from whom he expects many satisfactions.