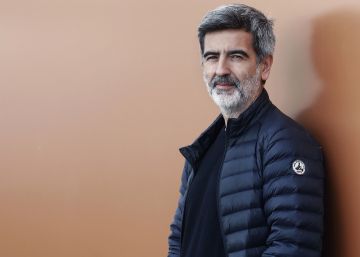 Antonio Lozano (Barcelona, ​​1974) knows what he is talking about when he analyzes the state of the black genre. Responsible for the RBA Black Series, an experienced cultural journalist and now the author of I read it very black (Destination), Lozano has no problem pointing out the weak points of a system stifled by overproduction and that welcomes too many “pale photocopies of successful formulas” that he asks the reader to distrust. He admits that he lacks “the analytical acumen of great genre theorists such as Auden, Chesterton or Piglia”, but his book is an entertaining, erudite and well-analyzed compendium, ideal for lovers of crime fiction and crime. true crime. In the acknowledgments, which one has the habit of reading first of all, Lozano reserves the role of Maigret for his son in the hypothetical case that one day he becomes involved in a real case. “That he does not get into big trouble and that if he ends up chasing the bad guys (I allow myself to fall into such childish categories again, since he has just turned six years old) do not lead to the cliché of the tormented, drunk, poorly fed detective and that he never takes vacations, ”he explains by email before getting into less pleasant subjects.

QUESTION. Some of the profiles in the book have the scent of Difficult lives of our dear James Sallis. Under what auspices, what light, what influences does a project like this emerge?

Publishers and authors have spent years bringing news beyond their possibilities

ANSWER. My current editor at Destino called me to a cafe one day to tell me that I surely had a crime novel inside and encouraged me to get it out. In the process of waiting to see if his intuition was correct or not, I commented that I had spent years reflecting and writing about gender from journalism. In addition to adding in a field little traveled in Spain such as the approach to the black gender from the essay and journalism, I read it very black aspires to think about the meaning, mutations and perversions of the specialty, entertain with curiosities and anecdotes and help discover readings.

P. He says that Jim Thompson is an author “without concessions” and it is to be celebrated that, for once, someone uses the topic with all the sense. The publishing world, and more so the black genre, uses all these topics to the point of boredom. Which one of all of us who uses editors, publicists and, why not say it, journalists, makes you the most nervous?

R. The abuse of the label “the new … Larsson, Connolly, Nesbo, (put the author you like here)”; the girdles with adjectives like “electrifying, captivating, you won’t be able to stop reading it” and calls like “number one in sales in the USA or Sweden”, as if that really meant something; the insistence that the crime novel is the outlet of the social novel, as if a usurpation had taken place when what happens is that the first has always been a vantage point from which to observe society from multiple angles; hearing that there is talk of a “boom” of crime fiction in Spain, confusing the offer of titles with the number of readers; how deeply rooted the idea that the morbidness of death and blood is the main magnet is in the mind of the non-black genre fan, when it is still an anecdote … And I stop here on medical prescription.

P. They are short chapters in which you have managed to synthesize great themes in a few pages. Did it turn out like this or was it, let’s say, a requirement of the script?

R. The generally limited extension of the pieces, the accessible register and the reading fluency in general arose due to the imperatives of space and communicability that marked the media in which several of them were published, and the new ones had to conform to these patterns for sheer consistency. In any case, in retrospect I think that one of the strengths of the book is to be able to peck from the index on what attracts the most attention and to obtain it in reduced doses. If someone chains several and abandons the idea of ​​swallowing five or six chapters in a row Mindhunter or The Investigation, I would have already touched the sky.

P. There are various references to film and television that show the clear influence of the genre in the audiovisual, but what about the other way around? How much has television, the new television, influenced literature for better and for worse?

R. The most perfidious, I think, of the transfers in the opposite direction has been the chain of twists, surprises, revelations and blows of effect in the final section of the novels. It is not enough to curl the curl once, you have to curl it three times. I have read several powerful novels that ended up ruined because the author, I suppose for the sake of generating a shock “Electrifying” or propping up the “subjugation” of his proposal, or seducing a talent scout on a television platform, or simply for having come to the conclusion that the reader of the genre is looking for the same thing as a certain popcorn spectator, stuffs us with three somersaults with increasingly improbable aerial ringlets. As for the good, I want to think that good television adaptations have aroused consumer interest in the original source and that great writers have responded to the challenge of stiff competition by sharpening their quality even more and raising their level of demand .

P. There is also room for true crime. Is it the revolution that the genre was waiting for? Why doesn’t it end up curdling in Spain when in the Anglo-Saxon world, and now also quite strongly in France, it is one of the great bets of the genre in its broadest sense?

R. It is true that here we are late to true crime and that there is still a long way to go, but extraordinary material is already circulating, both national and in translation. The market has shown that you have to be patient. I remain confident that it will take hold and that we will incorporate it with an enthusiasm close to that of the countries you mention. Hopefully the stamps weren’t ruined sooner.

P. What is the case, the real crime, the story that fascinates you the most in the book?

R. I quote it a bit on the fly, but I was dazzled by the case of the kleptomaniac who stole 1,200 romance novels from the New York Public Library, mobilizing detectives specialized in recovering the funds stolen from the New York institution, a story that Gay Talese explained. The television true crimes also blew my mind Making a Murderer Y The Staircase because the only more attractive question in a crime narrative than “Who killed X?” en Did X kill Y or not? ”. And sweeping a little home, everything related to the case of the Golden State Killer, a fugitive from justice for decades and to which Michelle McNamara consecrated an exciting true crime that in part cost him his life: The faceless killer (RBA)

P. How long will the genre in which Dennis Lehane, James Ellroy or Tana French write and in which they have written great classics will have to apologize?

R. The misunderstanding will persist as long as literary quality continues to be measured according to outdated and narrow criteria, and the canon is not open to genres, but whoever today doubts the genius of authors like the ones you are citing can only be the result of ignorance and more prejudice. ramplones. Neither the authors nor the fans should lose a second of creation and reading with the matter.

P. If sexism is diluted (although not completely, I think, and there are not always men behind it) and Mike Spillane-style testosterone is in the doldrums, are the influence of marketing and the tendency to cheap copying and imitation as big problems? of the genre?

R. The root of the problem or source of all ills surely lies in overproduction. Once the black genre is detected as fashion, that is, as a market opportunity, publishers and authors have been bringing news for years beyond their possibilities (inevitably the quality decreases and commercial failures follow) and ours (before the avalanche of titles, many of the good ones are buried by the bad ones). And because there is so much pressure to sell and to find the next Larsson or Camilla Läckberg or Paula Hawkins, marketing departments have to engage in hyperbole or some degree of manipulation.

P. With the exception of the genre in Spain, which already clarifies that it has not read as much as to dedicate part of an eminently Anglo-Saxon book to it, each fan I imagine that they are missing a reference. Mine are (in addition to the French with whom I suppose the same thing happens with the Spanish) Tana French, Kate Atkinson or more contemporary espionage. Each has its weaknesses. Was anything left out that you would now include?

R. Many of the people who have read I read it very black He has reproached me for absences that in his opinion were ominous but, of course, I have not read everything, there were not all those who deserved it and also each one generates their own affiliations and canons. That said, I have regretted not talking about Patricia Highsmith, for example, or the way in which Esther García Llovet uses genre mechanisms in such a peculiar and funny way in novels like Sanchez or Fairground fat, or recycle my interviews with Elmore Leonard and John Le Carré into profiles (although opening myself up to espionage would have widened the seams excessively), to which it is added that one inevitably runs into new works (Snap, 64, In the hills of California and many others) whose benefits I would like to spread to the four winds.

P. It was impossible, and certainly unnecessary, to do this book without naming the RBA competition. But it has been more than generous. How does the publishing world view someone who comes from journalism? Is there a lot of foul play?

R. I don’t detect a lot of foul play although, as in soccer, loyalty to colors is not always above money and intermediaries sometimes play multiple bands. The positive part of that overabundance I was talking about is that there are titles for everyone. Blackbirds, someone capable of sustaining a series at a high level for a long period of time, such as Connolly, Nesbo, Atkins or Penny, appear with a dropper, but the fact that there is a lot of talent, both ancient and contemporary, to discover and translate , and the fact that no one has the recipe for success (let us be wary of the “new Larsson!”), that there are often no bloody fights between editors.