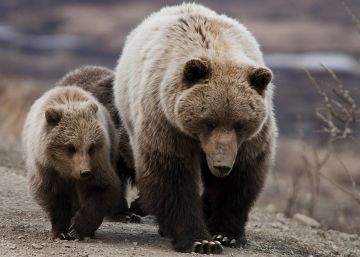 One of the most important decisions that anyone can make for their health is to eat little and well. Overweight and obesity are the passport to metabolic disease, and hence to insulin intolerance, diabetes, heart attack, neurodegenerative ailments and some of the most widespread cancers. In fact, caloric restriction – going hungry, but with exquisite care so that essential nutrients are not lacking – is a fairly general recipe to extend life in the animal world; In our species it is not proven to be so, although there are indications that it can improve health. Many people know that, with a greater or lesser degree of awareness. But one thing is to know what is advisable and another is to do it. Of all the advice that can be given to the population by a health authority, that of going hungry is the one that has the most ballots to be neglected. Medicine needs other approaches.

Read in Matter one of the most original: be inspired by bears. It seems absurd, since they are neither thin nor precisely characterized by their moderation at the table, with those binge-eating salmon, and that when they do not eat a tourist. But this is just the enviable of these fat hairy, that no matter how much they eat, get fat and become resistant to insulin, they don't get sick from it. Like other animals that hibernate, bears have to gain weight as fatters in preparation for the season of skinny cows, but that does not harm their health. Scientists want to know why, first out of curiosity, and then because the tricks they use can be useful to us, poor human flesh and fat.

The goal is not going to be a path of roses. Researchers have discovered 364 genes related to hibernation and obesity, and finding some type of molecule that interferes with each of them is a very long shot at the moment. But the research itself shows that the objective must be possible, since evolution has recruited these genes on several independent occasions: in the bear, in the small hedgehog tenrec, the 13-stripe ground squirrel, the gray mouse lemur and the bat coffee. They all hibernate, but they belong to different evolutionary lineages, and therefore evolution has had to invent the same genetic recipe for hibernation at least half a dozen times. If evolution has done it, we can do it too, even if we still don't know exactly how. For now, don't be a bear and moderate your intake.

Facebook launches its own Clubhouse with podcast and live audio rooms

The mobile phone turns 75 years old, turned into an extension of our body