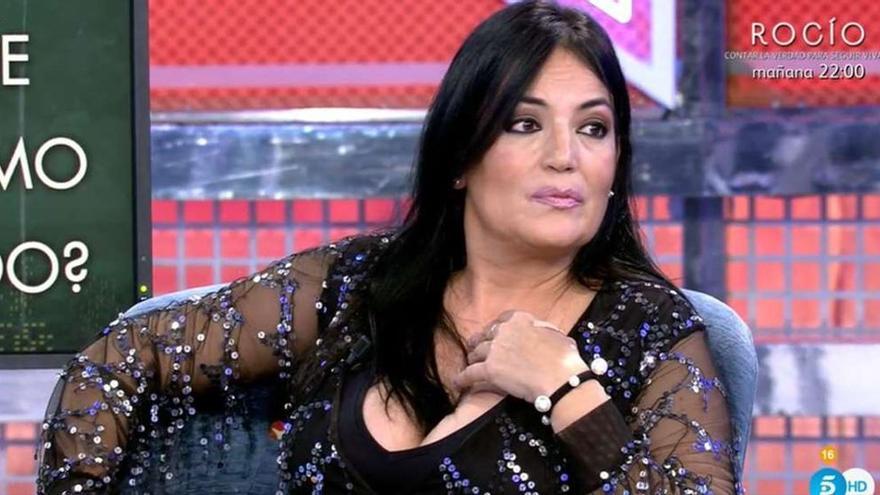 A few weeks after your first visit, Lely Céspedes has returned to ‘Saturday Deluxe’ to undergo a polygraph and give some other shocking headline. The night started strong, assuring that she had been Vicente Patuel’s lover while he was married to Carmen Sevilla, a statement that the polygraph has verified. Even so, she has wanted to clarify: “I have not had any relationship with him, I have not slept with him, there have been no blowjobs, there has been no sex, but it has been hell and all the rest of my life that has accompanied me Hell. He became so obsessed with me that I felt self-conscious about freedom. ”

Lely has assured that he helped her financially as long as she did what she asked: “He set up a flat for me so I could be locked up. I have always had the burden of my family and at that time we were broke. When I started on the telecoupon, since we were here for so many hours, I explained all my problems to Agripina, and she told me that she had the solution, that Carmen Sevilla’s husband was obsessed with me. But It disgusted me, I was 19 years old. “

This occurred while Patuel was with Carmen Sevilla: “He told me that he wanted to wait for me to grow up, he would be 62 years old at that time. He sets up a flat and tells me that he can help my family, that he has a lot of power on TV and that if I don’t wait for it, it sinks me. I felt like shit. The proposal was that little by little I was going to get fond of him and he would wait for me to be the woman of his life. He told me that if I agreed to be with him intimately, he would have everything. He put a private detective on me so I could only go to bingo with Agripina on weekends, that was my only way out. He told me he couldn’t get off the floor “.

Céspedes assured that he does not keep good memories of that time: “I suffered many humiliations, I had to give him my panties and I had to bottle my body fluids. We were between Malaga and Ciudad Real, but I haven’t even slept with him next to him. I had to go to the toilet and I would fill his cans with pee, and in return he would give me money, with which I make a family business of smoked salmon, but he followed behind me. Then he was with other women, with a German woman, and she would call me and say ‘look at the house that I bought her’ “.

But the most shocking statement of all did not reach the end of his statements: “He drank my bottles of pee, he said they regenerated his whole body because it was good for such a young girl. I once saw him drink it.”