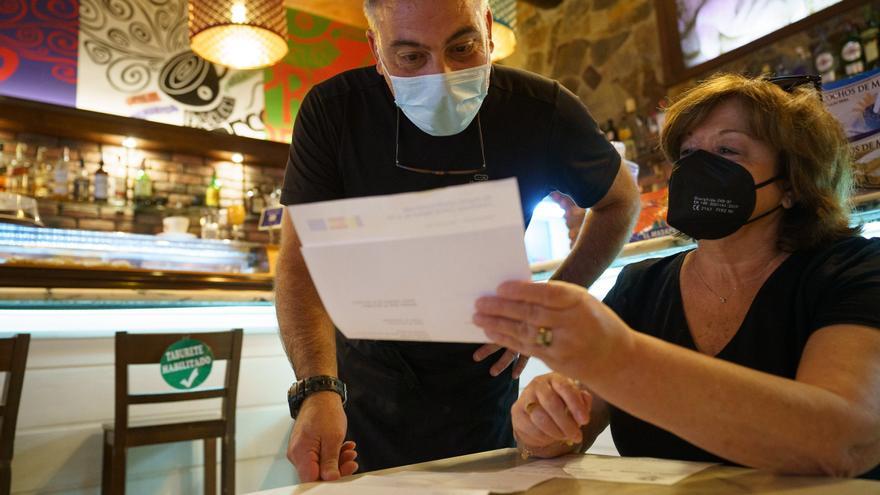 The Minister of Health, Carolina Darias, and her partner in the Government, the Minister of Industry, Commerce and Tourism, Reyes Maroto, did their bit yesterday to increase the confusion about the possible uses of the certificate. Darias assured that the Interterritorial Council of the National Health System had not addressed the application of the covid passport to enter bars or discos, despite the fact that hours before Maroto implied that Health was willing to expand the application of the passport, as long as it counts. with the “legal guarantees” necessary to expand its use, Efe reported.

And in the press conference after the Interterritorial Council of the National Health System (CISNS), Darias argued that this issue “was not part of the agenda” and that, although some regional councilor had raised this issue, it had not been addressed.

The use of the digital covid certificate was endorsed by the European Parliament in order to facilitate “safe mobility” of the population between member countries. In this context, the Minister of Health said that expanding its use to access interiors “would be complicated.” Darias insisted that the Ministry defends the limit of the certificate to “regulated uses” by the European Union and rules out converting the document into a safe-conduct to enter inside the establishments. Although, Darias recalled that the Autonomous Communities can promote the sanitary measures they deem appropriate to deal with the virus, always “within their scope of competence.”

In addition to the Canary Islands, in other regions such as Galicia, the use of this document is already in force to screen access to the interior of the restaurant and hotel industry. The last has been Melilla, which will require the covid certificate in mid-August to enter or use the municipal sports facilities or participate in cultural events and celebrations such as concerts, auditoriums or theaters, as well as for any recreational activity that involves crowding of people. .

Autonomous Communities such as Andalusia or Aragon have also been in favor of this measure, although they have not yet implemented it; others like Castilla-La Mancha do not rule it out if a national agreement is reached; while the Valencian Community, Catalonia, Euskadi or Madrid do not see it favorably, at least until the legal doubts are cleared up. In the case of Madrid, they also insist on requesting a common strategy for all territories.

The covid certificate serves to prove that the holder has received the complete vaccination schedule against covid-19; that you have a negative test performed in the last 72 hours; or who has recovered from a SARS-CoV-2 infection in the past six months. According to data from the Ministry of Health, since its activation on June 9, more than 900,000 certificates have been downloaded in the Canary Islands, close to 95% for having received the vaccine. On Tuesday, the computer applications that allow downloading the covid passport in the Canary Islands collapsed and long queues formed in front of several health centers to request the document. In the whole of the national territory, more than 11.3 million digital covid certificates have been issued, the vast majority corresponding to people vaccinated with the complete guideline.

Using the covid certificate to limit access to certain establishments could collide with constitutional rights, at least while 100% of the population has not had access to the vaccine, since it is a discriminatory criterion for those people who, by age, still do not have been able to be immunized. In addition, this would mean a “punishment” for those who decide not to inoculate the serum, a decision that is not penalized in current Spanish legislation.

The position of Health, according to Darias, is to continue “vaccinating everyone to give the same opportunities to the entire population of our country.” Regarding the announcement that the Canary Islands are studying the obligation to vaccinate public employees of essential services, the head of the Health portfolio stressed that in Spain vaccination is not mandatory and stressed that in our country there is a “high degree of social awareness” . Consequently, he assured, “there are no problems” of this type but “on the contrary, they go mostly”: citizens “want to get vaccinated now and as soon as possible.”