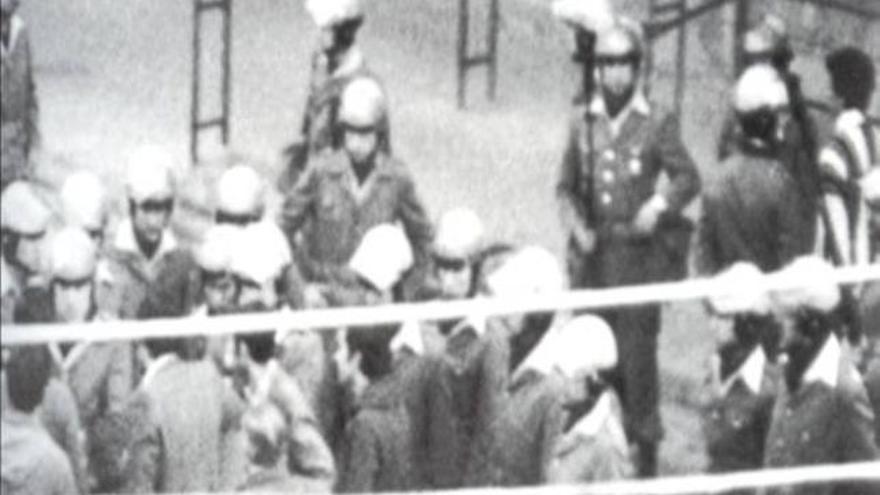 The leaders of Podemos, ERC and Más País, Pablo Iglesias, Gabriel Rufián and Íñigo Errejón have agreed in their reaction to the news advanced this afternoon by elDiario.es of the support of several former Spanish presidents to the former Minister of the Transition, Rodolfo Martín Villa, who should testify this Thursday before an Argentine court for crimes against humanity during the Franco dictatorship.

"Shame" has been the expression used by both Vice President Iglesias and Rufián in their profiles on the social network Twitter. Íñigo Errejón has been somewhat more verbose: "Former presidents and ex-unionists wanting to influence Justice to protect a minister from the dictatorship. The sacrifice of the victims does not belong to them. Neither does our democratic dignity as a country. What anger and, in some cases, what a shame, "said the leader of Más País.

Former presidents González, Aznar, Zapatero and Rajoy and the head of European diplomacy, Josep Borrell, among others, have praised the role of the former minister through different writings sent to the Argentine judge Servini.

The former minister is being investigated for a total of 13 crimes of aggravated homicide in a context of crimes against humanity during the Spanish Transition. Argentine justice imputes the participation of the former minister in several massacres, such as the Vitoria massacre on March 3, 1976, in which five workers were killed by gunfire by the Armed Police in a previously "gassed" church. The repression against the workers left more than 100 people injured, the majority by firearms. Martín Villa was Minister of Union Relations of the Government chaired by Carlos Arias Navarro.