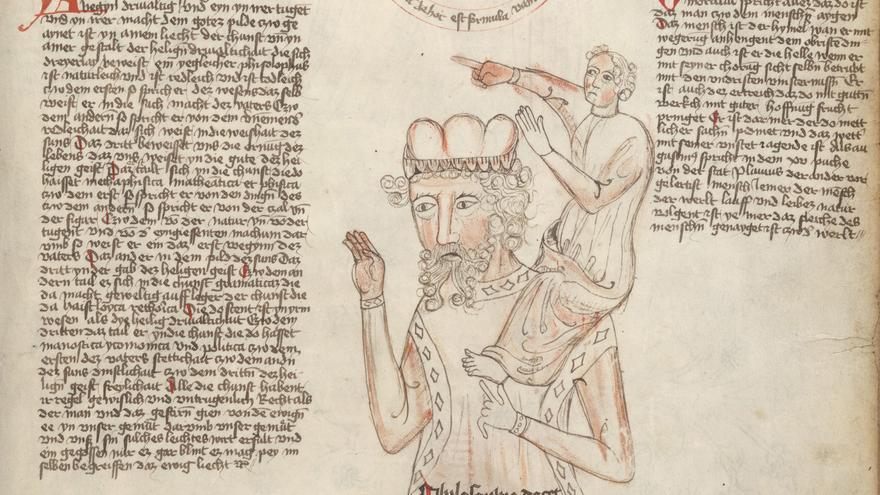 Led Zeppelin is considered one of the most important rock bands in history. Also a group that has copied other artists to elaborate part of their songs.

Bring it on home (1969) was inspired by …Bring it on home by Willie Dixon, published in 1965. The lemon song (1969) uses the letters of Killing Floor by Howlin ‘Wolf, published in 1964. Black mountain (1969) uses the melody of Black Water Side, an arrangement composed by Bert Jansch in 1966. Rolling Stone magazine published in 2016 a list of “The 10 boldest copies of Led Zeppelin”. The matter is so obvious that on Wikipedia there is an entry specific titled: “List of Led Zeppelin songs written or inspired by other people.”

Perhaps the most famous case (although not the least controversial) is that of Stairway to heaven (1971). The iconic theme of the London band has some guitar notes very similar to Taurus from the group Spirit, who published the song in 1968 and with whom they shared posters at various concerts between ’68 and ’69.

On the sidelines of the legal battle, whose last episode It is March of this year and in favor of Led Zeppelin, the songs are different and at the same time it is evident that a piece of one seems inspired by a piece of the other. What’s more, in 2016 and during one of the trials that have taken place on the song, an old recording of an interview granted in the 70s could be heard where Jimmy Page (Led Zeppelin guitarist) recognized “Spirit is a band that I love.” He answered in front of the jury that he did not remember saying it, but he did acknowledge having bought several Spirit albums.

Madonna and her music producers have used many samples from other artists throughout their careers. Material girl (1984) is inspired by Can you feel it by The Jackson, published in 1980. Justify my love (1990) was produced by Lenny Kravitz, who borrowed a beat from the song Security of the first world published by Public Enemy in 1988. Vogue (1990), the iconic song that we have heard again these years thanks to the Serie Pose (HBO), seems to be inspired by Ooh, I love it (Love Break) by The Salsoul Orchestra, released in 1983. In fact, the song’s producer, Shep Pettibone, worked with both parties.

Madonna has even reached remix herself in an example of recursion proper to the World’s End by Queridoantonio. Her best known sampling of other musical artists occurs in the song Hung up (2005) which is based on Gimme gimme gimme (1980) by ABBA.

So and as indicated by Whosampled The Swedish group’s song has been used numerous times in all kinds of covers, remixes and samples. In fact, ABBA recognized that Madonna requested it in person and in a very kind way and they decided to distribute the rights to the songs: “It’s not about business, it’s about fairplay“:

Lesane Parish Crooks. This was the birth name of the famous rapper 2Pac, murdered in 1996 in Las Vegas at the age of 25. Despite having died so young, he is one of the best-selling musical artists of all time. In 2006 the Vatican even included Changes in his repertoire of favorite songs on MySpace, causing the server to crash. And precisely this song has behind a story of sampling.

Changes it was published in 1998, after the rapper’s death and as part of a greatest hits compilation. Today it has 144 million views on YouTube and is still considered one of the iconic songs of 2Pac. In it he talks about racism, police brutality, life in poor neighborhoods, drugs. It is a hymn of the gangsta rap from the 90s. The funny thing is that the song samples another hit from the 80s by singer-songwriter Bruce Hornsby.

The way it is It is published in 1986. The song speaks of the Civil Rights Movement, one of the main social movements in the US whose rise was in the 50s and 60s. It sought to end the inequality to which African-Americans have been subjected. Hornsby’s song was # 1 in multiple countries and serves as the basis for Changes of 2Pac, but also other rappers have used it: Snoop Dogg in Can’t say goodbye (2009) or more recently in Wishing for a Hero (2020) by Polo G.

Unlike Led Zeppelin and Spirit, Hornsby and the 2Pac heirs have hit it off perfectly. It’s more, Hornsby acknowledged in an interview in 2011 that he had loved the 2Pac song: “I really liked it.” In fact, he is a fan of the rapper: “When the greatest hits album was released they sent me a copy. Until that moment I had not stopped to listen to it. I was struck by his creativity. I think he was intelligent and profound. I think there is a lot of dignity in his music. ”

Documentalist Kirby Ferguson published a documentary series 10 years ago now entitled Everything is a remix (Everything is a remix). In it he analyzes some of these cases and many others. His main thesis is that the foundations of creativity are based on three principles: copy, transform and combine. And in fact he considers that it is something that does not only happen in music: also in cinema, in literature and even in scientific disciplines.

As Isaac Newton said in 1675: “We walk on the shoulders of giants.” Although in reality Newton sampled to Bernard of Chartres, a twelfth century philosopher. Who will probably copy it in turn from someone else.

Tags: 2pac, giants, led, Madonna, shoulders, they walked, what does it sound like to me, zeppelin

Five albums of the week | Babelia