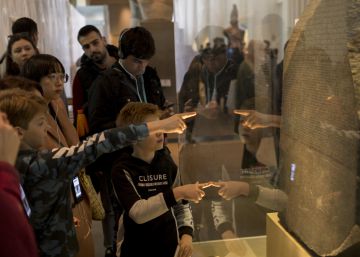 The myth, the explanatory story, the narration of the past brought to the present is as old as the presence of man on the face of the planet. We find myths in the origin of every community, we see them define the character of their members, we glimpse the behaviors that they anticipate, and those that recommend them; also the ideals they promote and that which derives from their fulfillment. Plato’s presentation of the soul as an charioteer (or coachman) who, from his ability to reason, directs two winged horses, one noble and good and another despicable and passionate; the adventures of King Gilgamesh in the epic that bears his name – the first known epic narrative, 4,000 years ago; or Ulysses’ travels through the Mediterranean are born from the aspiration of humans to understand the history, real or fictitious, of what preceded them.

Historical knowledge, in its most rudimentary forms, has been part of the vital luggage of individuals since the beginning of time. It should not surprise, therefore, that history, such as mathematics or natural science, was among the subjects that are first addressed in educational systems. The youngest learned to know and link past events in the same way that they find the divisors of a number or internalize the relationships between living beings that define the most primary ecosystems.

This has been for years, however, a recurring subject to debate. In Spain, from the seventies the story was displaced from primary education and a generation only began to know it in later educational stages, as Mario Carretero, professor of Cognitive Psychology at the University of Madrid. Instead, other social sciences, mainly sociology, supplanted their space. “It was something that was reasonable. There were reference studies that advised him and that were reasonable, because until approximately 12 years, with the arrival of puberty, there is no cognitive revolution that allows us to understand abstract issues, ”says the expert, who, however, points out that the above “does not mean that historical content should not be presented” before that age.

With the passage of time and thanks to different studies, history has been recovering the lost space. It began to be assumed that aptitude and desire are closely linked realities and that a child’s interest in a bridge or a Roman aqueduct is an indication of the enthusiasm in which a seemingly extracurricular sympathy can be turned. “The educational programs were underestimating the abilities to assimilate knowledge about history. That was like preventing a baby from moving his body before learning to walk, ”says Paula Jardón, Professor of Social Sciences Teaching at the University of Valencia. “In addition, studies were beginning to be published that indicated that the understanding of time took place even before the age of five and that it was possible to carry out ordinations of facts with less than eight. The question was not about skills, but about the choice of content, ”adds the expert.

In parallel, the advances in research and the determination on the part of the teaching staff got the story to stop being presented as a closed and external story to the student. Today, a paradigm shift in emotions is beginning, from which this subject is taught: a more cosmopolitan approach replaces the traditional national approach that has prevailed so far.

Along these lines, Nicolás Martínez, a research professor of Pedagogy at the University of Murcia, is committed to breaking with the idea of ​​“a single possible story”. He argues that the teaching of history “is only complete if the student makes his own narration, so that it derives some relevance for the present.” The connection with the past would only be possible, according to this approach, when the collective passes the filter of the individual. An interpretation that implies that history is only known in its future, through a time line that lasts until today and is different in each student.

But while the granitic account has given way to the construction of different narratives, imaginative freedom cannot be absolute, experts agree. “Part of the task of teachers is also to complement the interpretations of students, especially when they come from partial and debatable sources,” Martínez abounds.

Every innovative exercise should allow the student to reconcile, experts defend. For that reason, they are committed to promoting the activities in which the student reflects on phenomena with which he faces in the street. Understanding the historical sequence that explains racism or intolerance is not within the reach of a child, but investigating its social causes “is a recommended exercise for them,” says Carretero, because “it helps to recognize links and introduce useful ideas” in later educational stages.

“The key is in the narrative,” says Enrique Castillejo, president of the General Council of Official Schools of Pedagogues and Psychopedagogues. “Children are used to reading stories. In this habit there is a fertile ground for history, although beyond certain resources, the fundamental thing is how the objective is formulated and how the strategy is designed, ”he emphasizes. Together with stories, movies and video games that include aesthetics or other historical components gain ground. “They offer contexts of interpretation, awaken the imagination and, as narratives, develop complex thinking and introduce emotions,” recalls Professor Jardón.

These new approaches accommodate issues that social awareness has begun to underline as essential. Introducing a story that does justice to women in the configuration of the present or the historical character of climatic phenomena are perceived today as unplayable tasks. For Jardón, this is a mistake that is repeated: “Gender is not only excluded by the absence of certain themes, but also by the lack of women in books, both in texts and images.”

The same goes for the current treatments of the climate crisis, “sometimes disconnected from its historical and geographical evidence,” summarizes the expert. In a society in continuous evolution, the educational vanguard is committed to an approach of children to immersive history, Imaginative and where knowledge has a practical function. For the past there are the endless relations of the Gothic kings or the dripping of dates. The key goes through a return to the origins: the story, the emancipatory story, the myth.

Cinemas before the abyss – La Provincia