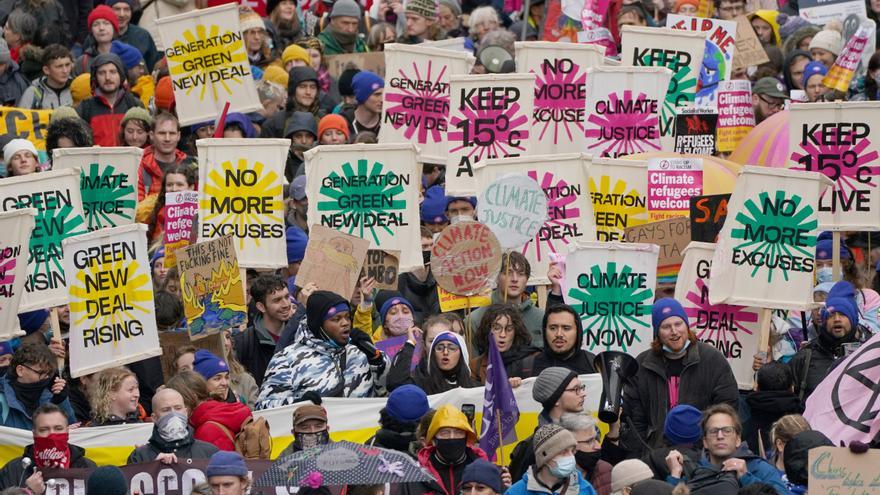 Stop fueling the crust of greenhouse gases by burning fossil fuels is, according to scientists, the only way to defuse the climate crisis. But including a line in the draft agreement of the COP26 of Glasgow to abandon the aid of public money to coal, oil or gas has caused an immediate reaction … to be erased.

Saudi Arabia, but they are not the only ones, has brought together this position to “rule out” any mention of fossil fuels in the final decision. It’s not the only one. Russia does not like that language being used, according to its delegations. Their requests have managed, for the moment, to sift that direct request: the negotiations have admitted incorporating into the text that it is said that this abandonment of subsidies is made on “inefficient aid”, assuming that there are efficient ones. In addition, they have added that they will seek to accelerate the development of “technologies” that allow, they say, “to transition to energy systems with low emissions. [de CO2].

On the other side of the ring, “enormous pressure is also being applied so that this mention does not fall”, according to the fourth vice president of the Government, Teresa Ribera. The petition included by the president of the summit, Alok Sharma, was most received by the environmental groups displaced to Glasgow. Even those most critical of his draft welcomed this specific mention of ending public support for the fossil.

In 2021 a rebound in CO2 emissions caused by energy production has been certified. The total is estimated to be 33 gigatons, just slightly below the 33.4 in 2019, just before the COVID-19 pandemic hiatus, according to World Energy Organization calculations. To put it in context: in 2019, the energy part released 33 of the 36 gigatons of CO2 in the world and in 2020 it was 31 of the 34 global gigatons.

The analysis of this organization from 2021 account that coal will generate this year 640 million tons more of CO2 than in 2020 to reach 14.8 gigatons. Gas is expected to reach a historic peak of 7.15 gigatons of greenhouse gases. Oil (origin of gasoline and gas-oil for road transport or air and maritime fuels), although it is also going to increase in emissions, will not yet reach the pre-pandemic level.

With these figures, Teresa Ribera explained in a break in the summit negotiations that “almost no one understands because money is invested in financing this great problem that we have.” The problem is climate change caused by the accelerated warming of the planet that is caused by the crust of gases released into the atmosphere when burning coal, gas or oil.

Almost all countries put public money that supports fossil fuels in one way or another. 370 billion dollars in 2020, according to the OECD. A good part is going to subsidize the use of fuels either with direct aid or with tax exemptions that lower the price. What the draft text asks is to abandon these subsidies, not to cut them all at once.

Protagonists of the world market

And to complete the game, there is Australia, which is the world’s leading exporter of coal. It sold ore worth 32 billion euros in 2020, 39% of the global business. Russia also sells a lot of coal: $ 12.4 billion. “You can’t ignore Australia’s interests here,” says Richie Merzian, who was a summit negotiator for ten years … for Australia. Merzian points out that “it is a developed country and, instead of supporting the United Kingdom or the United States to push towards more ambition, it is dragging its feet.”

Calling an end to fossil subsidies was an unprecedented first at climate summits. Whether it persists or disappears will, at least in part, be an indicator of how things have gone in the Scottish town.