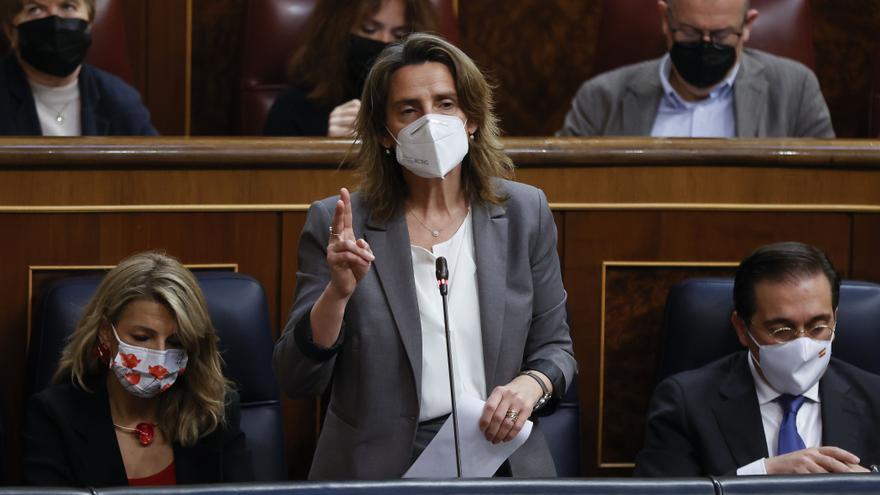 In recent days, the Government has taken important steps to lower electricity prices and try to contain inflation: while waiting for the European Commission to rule on the proposal of Spain and Portugal to limit the price of gas to 30 euros used by combined cycle plants, the shock plan to alleviate the effects of the war in Ukraine includes, among other measures, a reinforcement of the control of the so-called benefits fallen from the sky companies and a significant reduction in bill charges.

However, two initiatives sent to the Courts long before the Russian invasion and that also seek to lower the price of the electricity bill are at the expense of their approval in Congress, where they have been frozen for several months.

The situation has heated up in the streets in recent weeks with the mobilizations of various sectors, such as the carriers, which has caused some supply problems. Before the European Council that gave the green light to the so-called "Iberian exception", from Moncloa they recalled that measures had already been implemented to alleviate the effects of the increase in the wholesale market, such as the reduction of VAT on electricity, the cut in the tax on electricity or the suspension of the electricity production tax, the cost of which for one year will be between 10,000 and 12,000 million euros, according to government calculations.

Moncloa also assures that it has reached out to these companies through the law that acts on the remuneration of CO2 not emitted from the electricity market with which it intends tackle what are known as "benefits fallen from heaven". With this initiative, which is not yet in force, the Government foresaw a 5% reduction in the bill when it was proposed.

However, that rule, which came out of the Council of Ministers in August, is paralyzed in Congress. The term for the presentation of amendments ended in October and, since then, it has been waiting for the report from the Ministry of Ecological Transition. The three large electricity companies have obtained their best result since 2014 after the increase in the price of electricity. The socialist wing of the Government decided to take it out as a bill – and not as a decree law, whose legal effect is immediate although Parliament must validate it within a month – to legally shield itself from a possible offensive by companies in court.

In a similar situation is the law creating the National Fund for the Sustainability of the Electric System, which contemplates gradually removing the cost of the premiums for the oldest renewables (7,000 million euros) from the electricity tariff and charging it to all energy marketers. The result would be that electricity would go down, but fuel and gas, which are already soaring and have forced the Executive to launch a powerful package of public subsidies for fuel, would go up.

That law was approved in June and four months later the term to present amendments to the text expired. The presentation, which is the procedure in which the final project is prepared, is on standby.

Sources from the two groups that are part of the Government acknowledge that they are waiting for the department headed by Teresa Ribera to send them the report on the amendments presented by the rest of the groups to the project so that they can negotiate on that basis. "The laws are made with the consensus of the groups that support the Executive and the corresponding ministry. We have been waiting for some time for them to give us the assessment of the amendments," says one of the sources consulted. "We are working on both cases to process them," is the official response from the PSOE.

The delay in the approval of these regulations collides with the urgency in the case of the waste law, which was approved two weeks before that of the sustainability fund. "That one had 750 amendments and we had it in a month," says a member of the commission about the period that passed between the ministry issuing its report and the vote. This norm has already passed through the Senate and will be definitively approved in Congress soon. Socialist sources point out that initially they had the foresight to go quickly with the other two, but that as part of the commitments made with Brussels they changed their plan and accelerated the waste.

"We have not had more news," they point out from one of the groups that normally support the Government, which only needs to add two parliamentary groups to the Ecological Transition Commission for these laws to go ahead, since PSOE and United We Can have 17 representatives of the 19 they need for the majority.