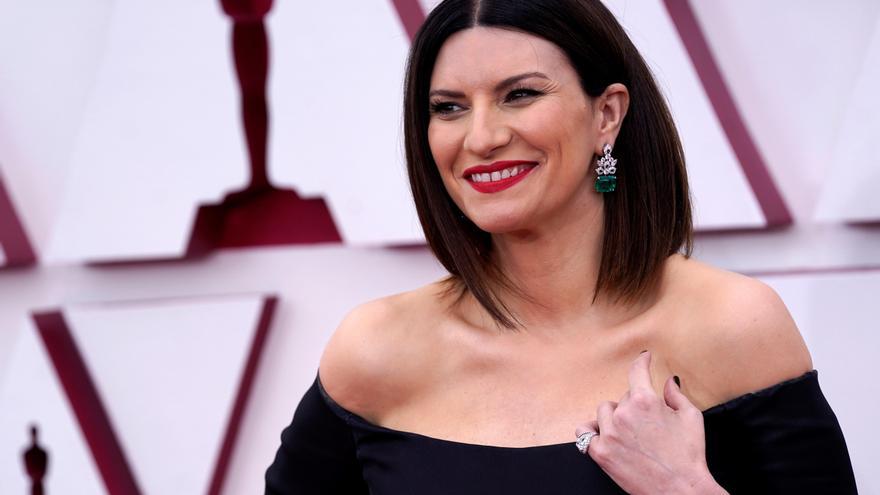 Drafting Culture, Apr 25 (EFE) .- In this unusual year in which the 93rd edition of the Oscars takes place, the singer Laura Pausini was one of the first to arrive on her red carpet, at Union Station in Los Angeles (USA). UU.), With a fabulous black dress.

Despite being a complicated year, with great economic losses in the cinema, the Oscars are the Oscars, the great film party in which the actors wanted to show off their best clothes like Pausini, with an impressive black dress by Valentino and Bulgari jewelry.

The Italian, nominated for an Oscar for best song for “Io si”, for the film “La vita davanti a se” (“Life ahead”), the return to the big screen of Sophia Loren at the command of her son , Edoardo Ponti, performed the song from the rooftop of the Hollywood Academy Museum in Los Angeles.

For the first time in the 93 years of the Oscars, two directors will compete for the best director award, Chloé Zhao and Emerald Fennell who chose a chiffon dress with different shades of green and pink touches.

Another one of the early risers was Glenn Close, who opts for the golden statuette for “Hillbily, a rural elegy.” She opted for an indigo blue Armani Privé model, made up of skinny trousers and camisole with rhinestones and matching gloves.

As for men’s dress, Colman Domingo drew attention with a fuchsia Versace tuxedo and actor Lakeith Stanfield, nominated for best supporting actor for “Judas and the black messiah” dared with a Saint Laurent jumpsuit signed by Anthony Vaccarello.

The youngest actor of this edition, Alan S.Kim, from “Minari”, arrived in a jacket suit, shorts and knee-high stockings and posed amused before the media upon his arrival at Union Station, where a face-to-face gala will be held in which all security measures are met, although the use of a mask is not the complement of the night, at least on the red carpet.