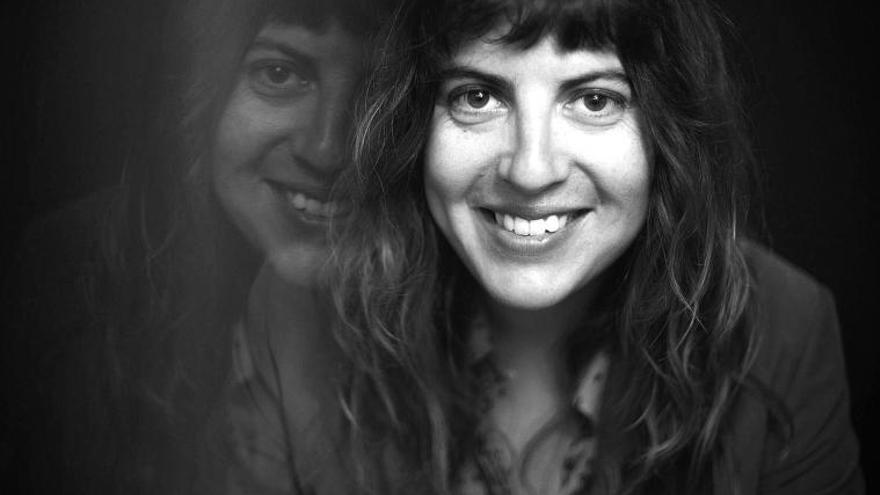 Laura Fernández (Terrassa, 1981) had traveled to Norway to interview a writer and in a while she had free she went on an excursion to the town where, in theory, Santa Claus spends the summer. There was no better real example of those places out of reality that the writer had been frequenting since she was a child through the American films of the 80s or the books of Stephen King. When he returned home he began to write his sixth novel, Mrs. Potter is not exactly Santa Claus (Random House), a book that is also a world in which hundreds of characters and stories intersect and that is already one of the great phenomena literary of the season.

What’s wrong with the real world that you had to invent one in a town called Kimberly Clark Weymouth?

Reality seems very boring to me, and also chaotic, disconnected and, above all, limited. On the other hand, when I invent things, and as anything invented is possible, I keep very close the girl that I continue to be. The world for me is all the time short.

Do you know what I was thinking the other day?

That American novels attract me so much because it is a country without history. And that the characters of the writers that I have always been passionate about, like John Fante, are the children of immigrants like me, and that they start from a total zero and become self-empowered all the time. To me, in a certain sense, that also happened to me because my parents came to Catalonia from places other than Spain and that in my house there was no culture at all. My culture was invented by me and that is why I am not rooted in reality.

Its roots are with the movies, comics, series and novels that it has consumed, right?

Totally. I write to belong to those people who did all those things before me and who have made me understand the world better, to encode it in some way and to feel like I am somewhere in the world. In fact, the novel is a defense of that. There is a character who is going to live in Kimberly Clark Weymouth because that is where his favorite novel takes place, that of Mrs. Potter, and that is why he believes that this is his place in the world.

And that place in the world looks like a movie set.

Because I feel at home in front of those papier-mâché towns like the Gilmore Girls or The Gremlims, those movies from the 80s and early 90s that took place in places that didn’t exist and that, being for all audiences, played with the idea of ​​the children’s story, that the only thing that mattered were the feelings of the characters. The politics, the historical moment, or the money did not matter … I belong to that.

But my feeling with several of the characters in his novel is that they are unhappy because they want too much happiness. And that is quite realistic.

Yes, totally. Each character has a little bit of mine and that is why they are all very passionate about life, an enthusiasm that is like a candle that reality tries to extinguish all the time. All have been created as their own world in which to be protagonists. There is a moment in which one of the characters says that how simple it would all be if we had a script on the bedside table that tells us what is going to happen to us the next day.

Luckily we don’t have such a script, do we?

Yes, I would say yes. But it is difficult to be fully aware of life when you have to be all the time improvising and looking for a solution to every little problem you come across.

Why, when we get serious, deny that popular culture that has shaped us?

I don’t know because I have never done it and I still don’t. I think we should break down once and for all that barrier between high and low culture, especially at the fictional level, because it doesn’t make sense. Culture is culture, period.

Can you imagine a Nobel Prize in Literature for Stephen King, for example?

I would love it, because I think he is also the writer who has made the most writers. And it always happens the same: Cervantes, Austen, Dickens were serialist writers, who did not matter at the time and whom the people of the academy looked at haughtily, and now they are the classics. I am convinced that if we could appear in a bookstore 200 years from now, we would see Stephen King’s bound books as true classics.

All the characters in the novel are clearly someone’s parents or children. Any trauma to tell us?

I do not know. I am an only child and that is why I like Richard Ford so much, because he is also an only child and it shows. The only child is not part of anything, it is like a piece that is left over. The expectations our parents have of us mold us and in the end you grow up against them or being submissive to them. And if parents aren’t careful, they end up disappearing from your children’s lives. That is why in the novel there is that kind of competition for recognition between parents and children.

Mrs. Potter grants wishes to children who misbehave. What wish would you ask for if it were bad?

What is happening with the novel is exactly what I would ask: a lot of readers come out. I would sell my soul to Mrs. Potter in exchange for being able to dedicate myself just to writing.