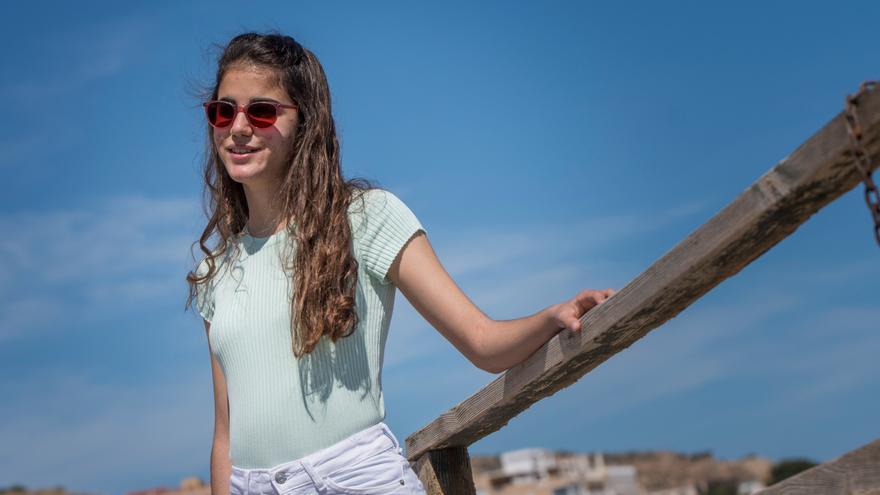 Almería, May 22 (EFE) .- Spain was proclaimed the winner of the first edition of the International Low Vision Song Contest last night, the Eurovision festival for blind artists, with the song ‘Another vision’ that has been performed by its author, the young woman from Almeria Laura Diepstraten.

Voting, open to the public on the Internet, has opted for the “emotionality transmitted by the young woman from Pulpí in her description of the way of seeing and living of blind people”, ONCE reported.

Of the 7,247 votes cast, the song of the Spanish representative has added 1,980, 27.32% of the total, followed by that of Turkey, performed by Burak Boztek, with 22% of the votes, Cyprus, with The Light, which has added 8% of the votes, and Lithuania with The Wind Rose, which has been in fourth position.

This first edition of the Euro-Low Vision has brought together “established” artists, most of them with a professional musical career, of very different styles, who have had “very elaborate arrangements of a great artistic quality”, accompanied in addition to very produced in the manner of Eurovision that they have used to promote their cities or countries.

“The freshness and tenderness of Laura’s performance, at only 14 years old, the youngest of the 17 participants, and a close-up video of her musical performance has touched the sensitivity of the European audience, as can be deduced from the results of the voting “, has highlighted the ONCE.

In the live interview that the gala presenters have done with the singer, conducted in English, the official language of this festival, Diepstraten explained that he wrote the song thinking about how to explain his way of seeing life, that he began to study piano at 6 years old and that he plans to continue studying and writing songs because it is his passion.

Unlike other participants, the young woman from Pulpí (Almería) wanted to present to the contest her naked song of arrangements and technical retouching, only with her voice and her piano, to focus on the strength of the message: “You have to dream, fly, imagine to be able to observe what others can see just by looking, “he sings in his main verse.

Once the result of the voting has been made public, the singer, who has been accompanied by her parents, sister and maternal grandparents, has burst into tears with her relatives and has been interviewed again by the presenters, this time already , as the winner of the 1st Euro-Low Vision.

The contest was held on the eve of the final of the 65 Eurovision Song Contest, which will take place tomorrow in Rotterdam (Netherlands). “I did not expect it, it is wonderful,” he commented after acknowledging that he has surely received the votes of Spain and the Netherlands, where his father and paternal grandparents are from.

After completing her time at the festival, the winner of the first Euro-Low Vision plans to add new instruments and add arrangements to produce a new version of ‘Otra vision’.

The president of ONCE and the ONCE Social Group, Miguel Carballeda, congratulated the brand-new winner immediately after the results were announced, whom he called to convey his pride for the example that he has given to all of Europe on behalf of all of Spain.

“You have become a symbol of the leadership of Spain in Europe,” he said Carballeda. EFE