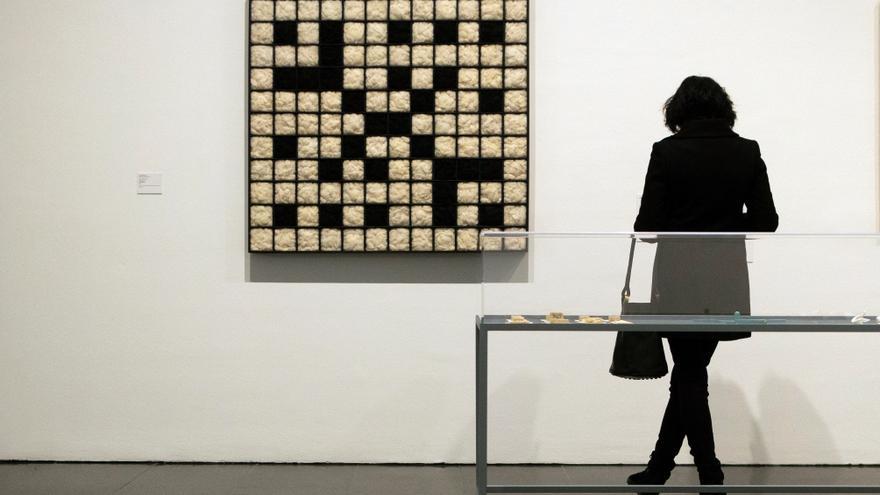 Barcelona, ​​May 12 (EFE) .- Spanish conceptual art has experienced its particular debut this Wednesday at the Museum of Contemporary Art of Barcelona, ​​the MACBA, with a large exhibition dedicated to the collection of Rafael Tous, who donated his funds to the Barcelona museum a little over a year ago.

The exhibition comprises 120 works by 28 artists in a tour that unfolds over two floors of the Meier building, at the Capella MACBA, with the installation “No hay replay” (1989) by Carlos Pazos, and in the mythical Sala Metrònom, owned by Tous, reopened for this occasion, where “Les portes de Linares” (1989) by Jordi Benito, a work created specifically for that space, has been installed.

The curator and head of the MACBA collection, Antònia Maria Perelló, has remarked that these are “representative works of each of the artists, they are not anecdotal, they are works that we would have gone looking for as a museum”.

Under the title “In real time”, MACBA is now offering the first exhibition of the Tous Collection, made up of 1,000 works that were gifted to the city, although the museum, recalls its director, Ferran Barenblit, already had an important collection of conceptual art built from the beginning.

The exhibition and collection curator Claudia Segura explained in the presentation that the show “emphasizes the various lines of common interest that the 28 artists have had and still have”, which articulate the exhibition itinerary through conceptual facts.

The exhibition, which will be open to the public until next January 9, addresses topics such as action art with the vindication of the body; proposals related to nature, in works that highlight the ideological element of images and the power of the mass media; those that are articulated as devices of political criticism; those who experiment with language; or the poetics of the everyday and poor object.

The route proposed in the exhibition generates coexistence and simultaneity that allows us to rethink the story of the same and verify the international vocation of many of its artists.

In the same act, Rafael Tous, satisfied by this first exhibition of his donation, has confessed: “I collected the works not as an investment, but because I had affection for them and on many occasions I even helped the artists to mount them”.

The collector, patron and cultural agitator Rafael Tous has always been linked to the world of culture and established ties of friendship with fundamental creators and artists to understand the evolution of artistic practices that prioritized the idea and the process before the object.

Tous has assured that “only five percent of the pieces in the collection were bought in galleries, the vast majority were bought in the artists’ own workshops, on trips to New York, Paris, and I never thought about the value or in the future, but in the humanity that they gave off and in their importance. ”

He has made no secret of his joy when he saw Jordi Benito’s “Les portes de Linares” again at the Sala Metrònom, where they appeared in 1989, and has advanced that he was thinking about the possibility of keeping it open for cultural activities.

“Les portes de Linares” is the scene of a suspended moment, which recalls the events that occurred in 1947 in the Linares bullring, where Manolete, considered by Jordi Benito the total artist, found his death from a goring himself day when he intended to leave the world of bullfighting, but the artist’s gaze nevertheless collects the testimony of the bull’s life.