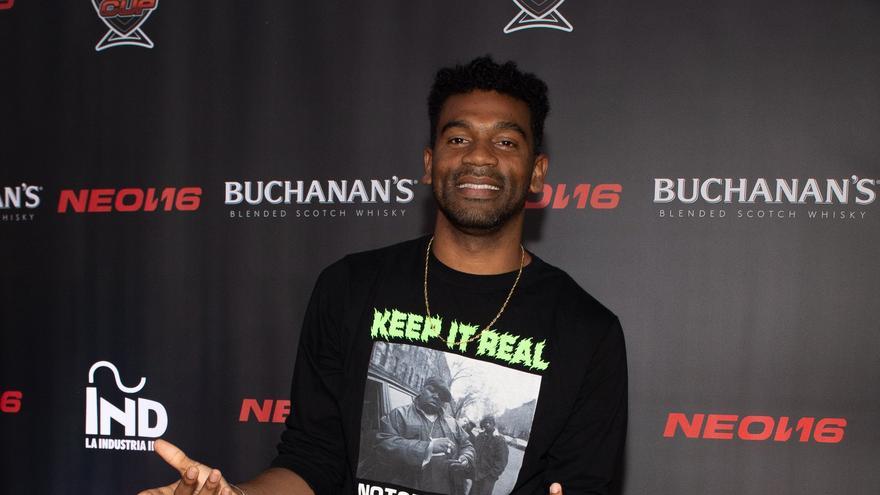 Miami, Apr 13 (EFE) .- Urban artists Nicky Jam and Tainy captained a match of 30 Latin music stars on Tuesday at the Inter Miami soccer field and hours before competing again at the Latin American Music Awards (Latin AMAs), which are delivered this Thursday.

Among the players in this particular match were the members of the Piso 21 quartet, Sky Rompiendo, Llane, Julián Turizo, Tostao and Feid, all of them from Colombia.

Natanael Cano, called the king of the lying corridos, represented Mexico, as did his compatriot Sofía Reyes, who with the Chilean Cami were the only women to take to the field.

Among the Caribbean, Guayana and Rauw Alejandro stood out, who was the one who reached the field the most for Tainy’s team. In fact he was the author of the only goal of his group.

However, all the efforts of #TeamTainy were in vain and the team led by Nicky Jam swept away with three goals to one.

The American reggaeton was so happy that he invited those present to have breakfast on Wednesday at the restaurant that opened this week in the Miami tourist center.

“Pancakes for everyone tomorrow,” he yelled excitedly.

And it was no wonder, because the game was broadcast live on the streaming platform Twitch, part of Amazon, before a total audience of more than 200,000 people.

And the stars on this occasion were not footballers but artists who represented a large part of the Spanish-speaking countries, among which Venezuela, the Dominican Republic, Cuba and Puerto Rico, among others, stood out.

“We wanted to organize this outdoors, to avoid contagion of covid, but celebrating the union between the artists, the public and the sport,” musical businessman Lex Borrero, one of the organizers of the clash, told EFE.

Neón 16, Borrero and Tainy’s company, was the force behind the event dubbed the “Neon 16 Cup”.

Before the game, famous players and spectators marched down a red carpet to show their enthusiasm.

“We thank (David) Beckham for letting us play here. We are almost opening his stadium for him,” said Nicky Jam, referring to the Inter Miami home, which has not been able to play with the public, as it debuted during the pandemic .

The artists will meet again this Thursday at the Latin American Music Awards, which will be delivered in the city of Sunrise, located north of Miami, and to which the Colombians J Balvin and Karol G will arrive as top favorites, both competing in nine categories .