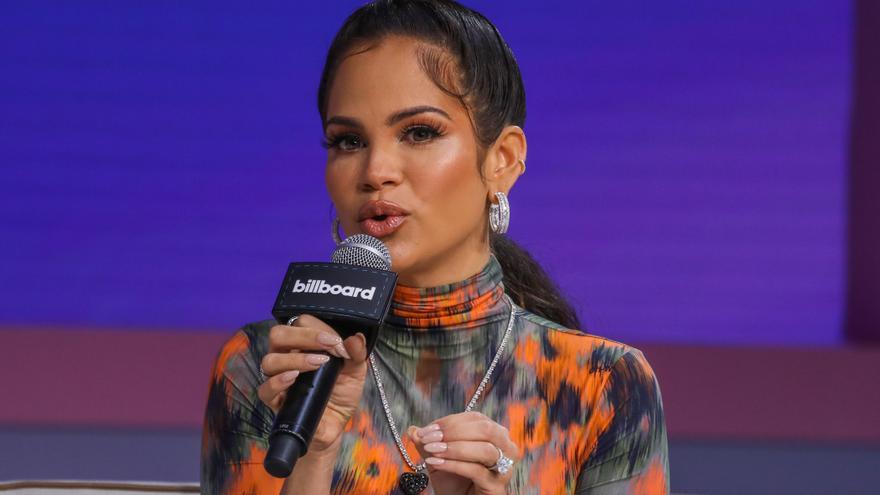 Miami Beach (USA), Sep 21 (EFE) .- Billboard’s Latin Music Week has raised in its opening day in Miami Beach the flags of creative freedom and without “labels” referring to sexual orientation and the “right” of artists to work and be mothers at the same time.

The Faena Fourm in this southern Florida city hosts the conference that is traditionally the prelude to the annual Latin Billboard awards gala, which will take place this Thursday, September 23.

The rehearsals of the artists who will perform at the gala began this Monday with the Dominican Natti Natasha, the Spanish Rosalía and the Mexican Joss Favela among those who passed through the stage, according to the images issued by Telemundo, which will broadcast the event live.

Precisely Natti Natasha has been one of the protagonists of the first day of panels of the Week.

The singer has stated that her recent motherhood has been “a blessing” and at the same time a motivation to take nothing for granted and “work more than ever.”

FAMILY AND WORK, THE BEST COMBINATION

“Women in this industry, and in general, are put up with barriers and when you get pregnant they put you aside,” said the Dominican during a talk she had with the television presenter Adamari López, to whom she told that work and a family is the “best combination a woman can have”.

The singer, who four months ago gave birth to Vida, conceived with her partner, the renowned music producer Raphy Pina, has detailed that the pregnancy and then the birth of her daughter have increased her desire not to abandon her career, disjunctive to the that many women must face, as López has assured.

“I show her (her daughter) that I come from below, that they did not give me the job, that nothing comes for free. I have been number one and I continue to work,” said the interpreter, who confesses vegan and more disciplined after childbirth.

Natti Natasha, whose first hit was “Criminal”, with Ozuna, comments that it took a long time and it was not easy for her to get pregnant but still she would not change “absolutely anything” about that process. “Life is about challenges, experiences,” he emphasizes.

On Thursday the Dominican artist will take the stage at the Watsco Center in Coral Gables, where the Latin Billboard awards gala will take place, to perform the song “Noches en Miami”, which is part of her next studio album, “Natividad”.

“This year I have given birth to two children,” he said in the talk, alluding to the album that will be released this Friday and in which he has dared to tackle different rhythms.

“Versatility is important to me, music is universal,” he says.

“CREATIVITY DOES NOT HAVE GENDER OR LABELS”

Today’s session has also addressed the sexual orientation of Latino artists and how, above all else, the talent and proposal of these singers prevails, as highlighted by Jhonny Caz, a member of Grupo Firme, a Mexican regional genre, who in 2020 he said publicly that he is homosexual.

“Believe me that Grupo Firme did not collapse in followers or reproductions. Being visible will not affect you because people will follow you for your proposal and for what you give them as an artist,” he commented on the panel “Coming Out Latin “(Latinos coming out of the closet).

“Creativity has no gender or labels,” says composer Erika Vidrio, who indicates that although in her case the songs are written for women, the compositions go further and produce a “positive connection as humans.”

In his turn, the Mexican Raymix has declared that being a cumbia interpreter in his case made it more difficult for him to “come out of the closet”, but even so he dared to publish the song “Call me”, about the relationship between two men, and make your sexual orientation public.

“You took like a ton off your shoulders overnight,” he recalls.

“In this small planet we live a long sigh of time to be putting up with nonsense, and that’s why I said ‘I’m gay and that’s why I’m telling them.'”, He adds, which has attracted applause among the audience.

The Colombian Esteman, who practices a colorful pop and little given to the “Latino macho culture”, as he points out, remembers that as a child he was a victim of harassment (“bullying”) at school and that only a few friends knew that later only at home “he sang and danced in front of the mirror.”

“But on stage I flourished and now I would not change any of the above because that helped me to make my music,” he added.

In the awards gala organized by the specialized magazine Billboard, the urban music singer Bad Bunny is the favorite this year, with 22 nominations.

Behind him are Maluma, J Balvin and Karol G, with eleven, nine and eight candidates, respectively.

At the ceremony, the Billboard Icon Award will be presented for the first time to the Mexican band Maná, in addition to the Billboard Artistic Career Award to Paquita la del Barrio and the Billboard Hall of Fame Award to the Puerto Rican singer Daddy Yankee.