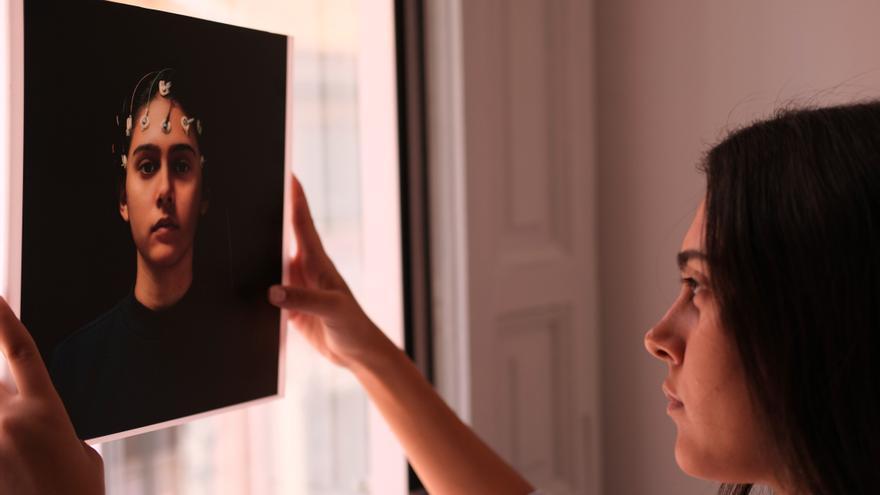 Madrid, Aug 7 (EFE) .- Frida Kahlo used to say that “everything changes, everything moves, everything rotates, everything flies and disappears.” The digital art of the 21st century is also constantly evolving and Latino artists are riding the wave of a new disruptive trend that is breaking out strongly in creative circles: “crypto art”, where pieces are exhibited and auctioned in digital showcases at a click away.

Sustained by technology known as chain of blocks, “blockchain” in English, which facilitates transactions without intermediaries, those known as NFT are digital content to which a value is assigned in cryptocurrencies and generate an unalterable, original and unique certificate of authenticity, which allows them to be auctioned and marketed on the internet without being copied, as can happen with traditional works.

Through NFT, everything can be “tokenized”, that is, adapted to those transactions: a work, a book, a tweet or even the chrome of an athlete.

“At the digital level, the creative explosion is much bigger. We can do everything that comes to mind because there is a computer that allows you to do it ”, the Cuban multidisciplinary artist Alejandra González, who lives in Madrid, explains to Efe.

“Before it was a world dominated by computer scientists.” Now, artists and visual technicians are partnering to design works, he says.

This 25-year-old started creating NFT last year. She assures that many artists in Cuba saw in this digital trend an opportunity to weather the storm caused by the pandemic, which forced galleries and exhibitions to close, and like her, they forced their artistic reinvention.

THE RISE OF THE CRYPTOARTS

The explosion of NFT has surprised art collectors by the great speed with which these works have gained prominence and by the millionaire amounts reached.

A good example of this was the auction house Christies, which last March sold an NFT by the American artist Beeple, a “collage” of digital images, for $ 69 million, two months before the price of cryptocurrencies slowed down. meteoric rise.

The success of this digital art format is inevitably linked, for now, to the value of cryptocurrencies, as most NFTs are priced in etherium, the second largest cryptocurrency after bitcoin.

In recent months, the world of crypto art has experienced a boom in works from the center and south of the American continent, and this fertile branch of digital art is increasingly nourished by the talent of Latinos.

This is how Luisa Ausenda, co-founder of Clitsplash, a feminist collective of “crypto art” that promotes digital works from Cuba, explains it. He points out that “many Latin American countries have suffered longer quarantines than in Europe or the United States”, which has probably encouraged the appearance of so many Ibero-American digital artists.

Luisa is also a curator of traditional art and assures Efe that during the pandemic many large museums, such as the Louvre in Paris or El Prado in Madrid, offered guided digital tours and that was when she realized the importance of digital works.

“The ‘Gioconda’ looked ugly from my computer, however digital works are conceived to be seen on a screen.” This is how the idea of ​​Clitsplash arose, which was born to support digital artists who were not “white and heterosexual men, who were predominant in crypto art, and to integrate themes of gender, race or LGTBQ.”

Ausenda believes that the consolidation of NFT will come when large museums promote these digital works in their showcases and predicts that “it will happen soon.”

Just a month ago MALa was born, the first exclusively South American digital museum of crypto art, a virtual gallery where one hundred Latin artists have been selected to exhibit and sell their works, to promote their careers.

The co-founder of this precocious digital museum, the Argentine Juan Pablo Papaleo, believes that the flourishing of South American artists is due to the “enormous talent, often hidden”, that exists in the region. He also mentions to Efe that “before, many Latin geek artists could not earn money with their works, but now thousands of dollars are suddenly coming in.”

He also believes that many artists could not easily access spaces for artistic promotion and now they only “have to open an account and publish their works while sitting at home.”

Peruvian Carlos Kong, another of MALa’s co-founders, adds that digital galleries are more transparent than traditional auctions, since in the digital world the user can see the history of prices that have been paid for the work.

And he proudly concludes: “Latin crypto art is a great opportunity to learn about Latin American culture and idiosyncrasy.”