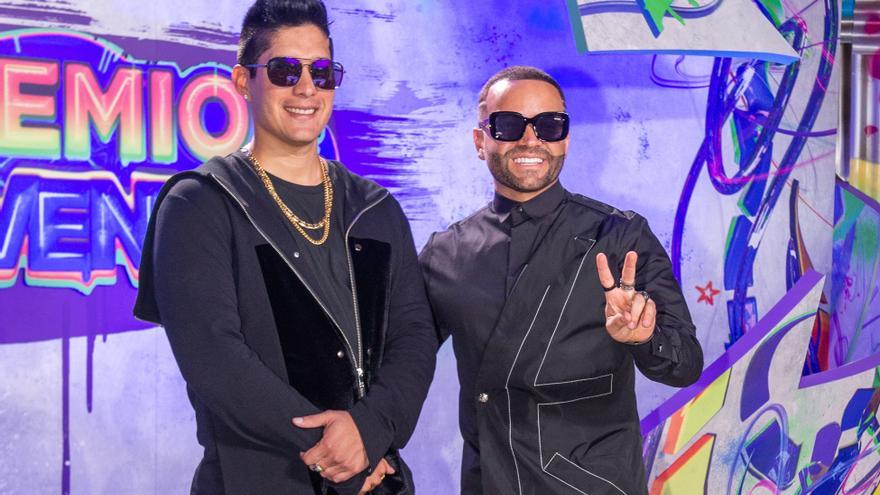 Miami, Jul 22 (EFE) .- The youngest stars of Latin music paraded this Thursday with their best summer finery through a colorful space that this year replaced the traditional red carpet of the Premios Juventud, which are delivered tonight in the Watsco Center in Miami (USA).

More than a hundred veteran artists such as Los Ángeles Azules, at the height of their success as Anitta or newcomers in these struggles such as the Colombian twin duo Las Villas, posed in an explosion of colors and styles.

The difference between one and the other was such that the trend was the non-trend.

Among the "looks" that attracted the most attention were those of Anitta, Farina, Becky G and Chiquis, among women, while among men Nacho, Lunay and Guaynaa stood out.

The Brazilian artist arrived in a sexy pink outfit, which was accompanied by a wig of the same color.

Karol G, who came tied with Camilo for first place in nominations, with 12 each, wore a delicate white dress with rhinestones and silver hair.

For her part, Chiquis appeared in a deep purple pantsuit, which she wore without a shirt, revealing a deep cleavage.

The Mexican regional music singer debuts at these Premios Juventud as a host, accompanied by Sebastián Yatra and Alejandra Espinoza.

For her part, Farina wore a sensual yellow suit, with which she wanted to celebrate the femininity of "the Latin woman in music."

Most of the male street performers chose a fusion of sporty outfits with "gangsta" touches, such as Tainy and Yandel, who appeared in matching leather jackets.

In a city where the thermometer exceeded 35 degrees Celsius by late afternoon, necklines and miniskirts and light fabrics also abounded.

One of the most commented "looks" was that of the duet Gente de Zona and the Cuban singer-songwriter Yotuel, who wore messages alluding to the recent protests in Cuba, their native country, on their clothes.

"We are here because youth change the world and they are the ones who are fighting in Cuba," Randy Martínez, of Gente de Zona, told EFE.

One of the great absentees on the carpet was the Venezuelan artist Chyno Miranda, who suffers from the sequelae of peripheral neuropathy and encephalitis that he suffered last year as a result of his contagion of covid-19.

"He is here but he is not in a position to be with the press," Nacho explained.

The eighteenth edition of Premios Juventud has Daddy Yankee as the man of the night, who was chosen as the "agent of change" of the year for his humanitarian work.

Awards are given to 27 categories at the gala, for which 168 artists compete and who were chosen by popular vote of the viewers of the Univision television network, which organizes and broadcasts the gala.