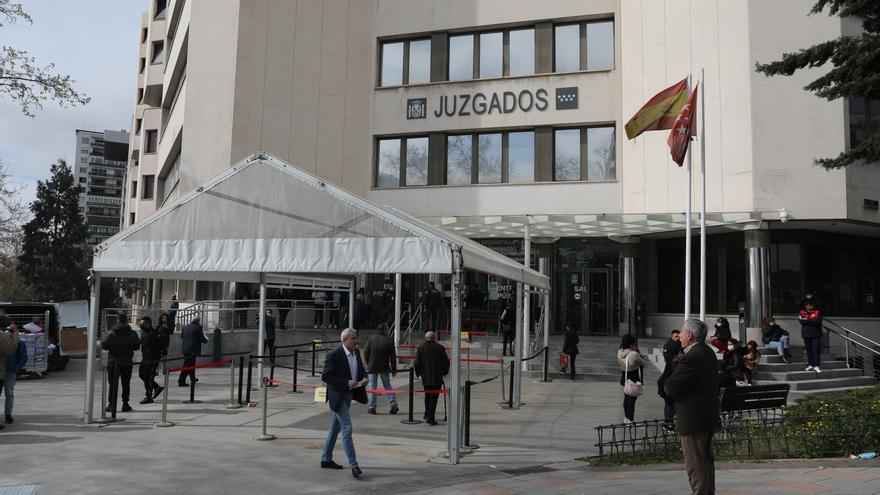 The president of the PP and that of Castilla y León congratulated the president of France, Emmanuel Macron, that this Sunday has been re-elected in the elections of that countryin an election in which the extreme right has achieved its absolute record, by winning 41.5% of the vote.

"France has decided to continue down the path of stability, centrality and moderation," Alberto Núñez Feijóo wrote on his Twitter profile. The popular leader has described the current "transcendental moment" and has valued in his message that the French people have chosen "to continue building a stronger and more united Europe".

France has decided to continue down the path of stability, centrality and moderation.

At such a momentous moment, the French people send us a very important message: they have chosen to continue building a stronger and more united Europe.

The recently inaugurated president of Castilla y León, Alfonso Fernández Mañueco, has spoken along the same lines, congratulating Macron in a Twitter message. "Her victory over him in the French presidential elections represents moderation and dialogue, as well as the defense and courage of the European Union," he wrote. Mañueco has defended that the community that he presides over will continue "strengthening commercial, economic and cultural ties" with France.

Congratulations @EmmanuelMacron. His victory in the French presidential elections represents moderation and dialogue, as well as the defense and courage of the European Union. #CastillayLeon will continue to strengthen commercial, economic and cultural ties with #France 🇫🇷

The messages from Feijóo and Mañueco contradict what happened two weeks ago, when the Castilian and Leonese leader revalidated the position only with the votes of PP and Vox and thus included the extreme right for the first time in a government in Spain. In fact, his government partners despise Macron and not only that: two members of the formation have spent the election night with the far-right Marine Le Pen.

"Half of Europeans cannot be politically confined," the first vice president of Vox, Jorge Buxadé, wrote on his Twitter profile. In his message, he described the result obtained by Le Pen as "extraordinary" and pointed out that "it would be a big mistake to ignore it"

The support of 45% of the French is an extraordinary result for Marine Le Pen @MLP_official and it would be a great mistake to ignore it.

It is necessary for the oligarchies to understand that half of Europeans cannot be politically confined. pic.twitter.com/cCscD0ou8u

Along with Buxadé, the spokeswoman for Vox in the Congress of Deputies, Macarena Olona, ​​who has published a photo on her Twitter profile following the electoral night together with members of the ultra-Portuguese Chega party.

election night in #France with our Portuguese brothers from @PartidoCHEGA ❤️ pic.twitter.com/dMIdrASXIt

The Provincial Court of Madrid judges this Monday the former councilors of Now Madrid Carlos Sánchez Mato and Celia Mayer, as well as the former CEO of Madrid Destino Ana Varela for the alleged commission of a crime of embezzlement and prevarication for commissioning two external reports on the agreement for the celebration of the Tennis Open in the mayor's office of Gallardón.

The procedure has its origin in a complaint filed in the past mandate by the Popular Municipal Group and the Transparency and Justice association against the three former municipal officials for allegedly commissioning "by finger" and "without publicity" two teams of lawyers external reports to investigate and study the management and possible irregularities of the Tennis Open during the Government of Gallardón.

The private prosecution representing the PP requested five years in prison for the defendants and claims 24 years of special disqualification from employment or public office. The Madrid Prosecutor's Office does not see a crime in his actions, so he does not accuse. Transparency and Justice did not file an indictment either.