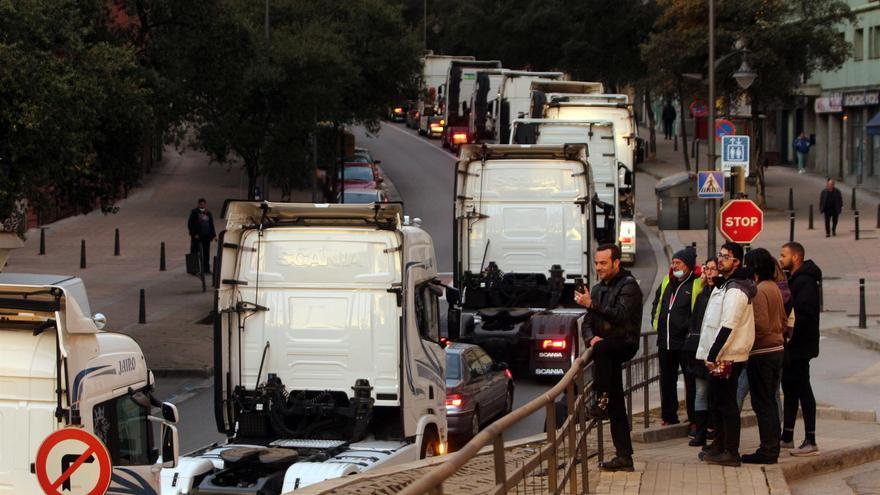 The Defense Minister, Margarita Robles, will visit this Friday on the island of Crete (Greece) the three Spanish ships that are integrated into the permanent NATO naval groups in the Mediterranean and that were scheduled to enter the Black Sea in mid- April, although they have finally given it up to avoid conflicts with Russia.

These are the 'Blas de Lezo' frigate, the 'Meteoro' maritime action vessel (BAM) and the 'Sella' minesweeper, which will coincide this Friday at the Souda naval base, in Crete, as part of their journey through waters from the Mediterranean.

Although Spain's participation in NATO's permanent naval groupings is common, on this occasion it has aroused special interest due to its importance in deterrence measures against Russia and the invasion of Ukraine.

Both multinational forces have the Mediterranean and the Black Sea as their sphere of action, where they planned to enter within a month. However, the Alliance has decided to give up this purpose in order to avoid any conflict with Russia.

The Government will continue with the Mixed Group the round of contacts that it has opened with the opposition formations in Congress to explore action measures against the economic effects of the war in Ukraine. On Tuesday he will do the same with Bildu and with Más País, two of his usual parliamentary allies.

It will be the Minister of the Presidency, Félix Bolaños, and the Second Vice President, Yolanda Díaz, who will hold a telematic meeting this Friday at noon with all the representatives of the heterogeneous Mixed Group, which make up the CUP, Navarra Suma, Canarian Coalition, Nueva Canary Islands, Foro Asturias, Regionalist Party of Cantabria (PRC) and Teruel Exists.

The former deputy of Ciudadanos Pablo Cambronero, assigned to the Mixed, has not been invited to the appointment, and the representative of CC, Ana Oramas, has excused his absence for having to attend to personal matters, as the deputy herself confirmed to Europa Press.

Sánchez meets today in Rome with Draghi, Costa and the Greek Mitsotakis to agree on a position on the reform of the energy market

The President of the Government, Pedro Sánchez, meets this Friday in Rome with the Prime Minister of Italy, Mario Draghi, and the Prime Ministers of Portugal and Greece, Antonio Costa and Kyriakos Mitsotakis, all of them close to Spain's position on the reforms of the energy market in Europe.

All those attending this meeting maintain a similar position regarding the measures that the European Union should adopt in energy matters to contain the effects of the war in Ukraine on the European population. The star proposal involves decoupling the price of gas from that of electricity to contain the rise in prices.

The meeting of leaders is part of a tour in which Sánchez will visit five countries and meet with eight leaders in total, prior to the European Council next week, from which the actions to be applied in the EU will presumably come out.

The objective of this round, as indicated this week by sources from the Executive, is to seek allies who will take on the Spanish proposal. Thus, they are more inclined to Italy, Greece and Portugal and much less to Germany, which depends more on Russian gas.