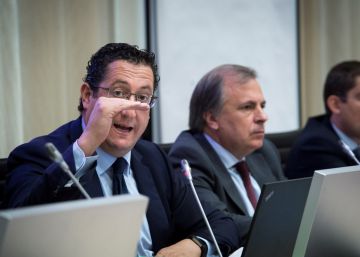 The economic forecasting institutes take out the knife. Estimates of growth and job creation have been revised downwards. This Monday the National Statistics Institute (INE) warned that in the second quarter of the year it did not grow to 0.5% as expected, but to 0.4%. It may seem a minimal decimal appreciation. However, it is the last cut in a forecast that had already been corrected previously (the first estimate was 0.7%). With this change, most of the business analysts will rethink their projections because, in addition, it brings as a novelty the confirmation of the progressive weakness of the last prop of the growth of our economy, the domestic demand.

The appreciation of deceleration seems undeniable. Among the reference estimates in our country there are few differences in the aggregate data of variation of the Gross Domestic Product (GDP) for 2019. Barely a tenth between them, according to the projection panel collected by Funcas. At the moment, around 2%, but turning down faster than expected. However, there are discrepancies in the estimation of variation of the components of GDP. For some, the deterioration will come from the foreign sector. For others, it is precisely external uncertainty that motivates lower internal expectations and lower consumption and investment.

In my opinion, what should really worry us are the growing signs that domestic demand is gradually weakening. The Bank of Spain already took out the scissors just a week ago to signal that progressive fall below 2% in the next few years to grow 1.6% in 2021. He pointed out in his press release that he appreciated a "prolongation of the current expansive phase", an elegant way to describe a broken champagne. The flaccid globe of economic growth that may raise some doubt about the ability to continue reducing unemployment to that 12.8% estimated by the supervisor for 2021.

We also learned yesterday some other data that points to the slowdown in consumption: Household savings will increase in the second quarter at their highest rate since 2013. It suggests moderation in family spending and greater forecast. It points to a certain drop in expectations.

From the point of view of public policies, the big question is what can be done so that job creation can maintain the rate even if GDP pushes less. No one knows for sure how much economic growth will be necessary to continue reducing unemployment, but we are likely to find out sooner rather than later. The problem is that this widespread call to fiscal expansions (including the request of the central banks) to stimulate economies in the face of the global recession, it catches Spain with pockets already bored, as we were reminded yesterday with that fact that the debt reaches 99% of GDP. The situation forces a brief prescription of greater efficiency in spending and care that the treatment (tax) of tax revenue does not reduce consumption more. With the institutional environment, thinking about reforms only evokes a long sigh.