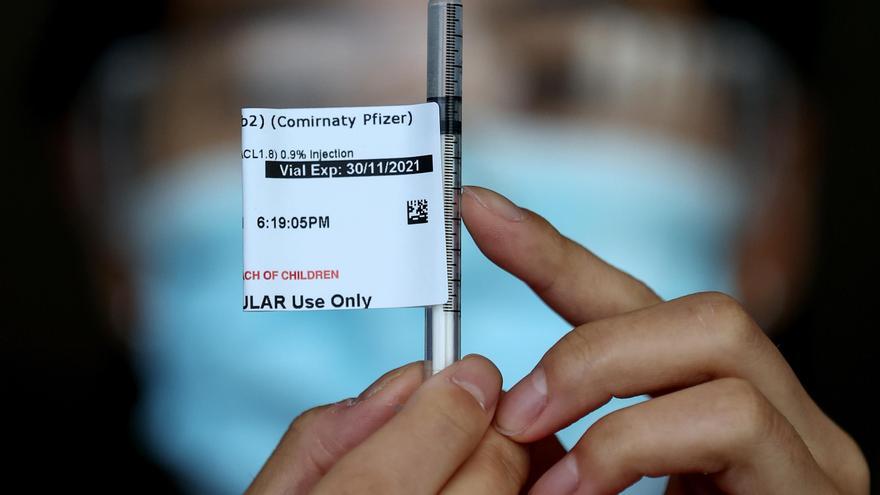 Deniers of COVID and the law: when there is no right to go to class without a mask


Is going to class without a mask a right? Can parents decide that their children access an educational center where this element of protection is mandatory due to the health context?

The case of the two students from a public school in Cáceres whose family refuses to wear a mask to go to class has put on the table a hypothetical conflict between the right to education and the right to health, after the Junta of Extremadura has decided, due to this matter, to prevent the entry of students without masks in any educational center of the community supported with public funds.

The case of these 3rd and 5th grade primary school students has already is in the hands of the Juvenile Prosecutor’s Office. Another similar case has been registered these days in a public school in Mallorca, in which two students have refused to put on the mask and their entry has been banned.


Argentina registered 2,493 new cases of COVID-19 on Thursday, bringing the total number of positives to 5,234,851, while deaths rose to 114,101, after 135 deaths were reported in the last 24 hours. The figures mark a slight decrease compared to the positives reported last Wednesday, when 2,510 new cases were registered.

Argentina registered a daily record of infections on May 27, when 41,080 cases were reported, while the highest number of deaths in a single day was verified on June 22, with 792 deaths.

The percentage of occupancy of beds in ICUs for all types of pathologies was 40.9% at the national level and 43.4%, if only Buenos Aires and its periphery are considered.

With some 45 million inhabitants, the country continues with its vaccination campaign against the coronavirus, which began at the end of last December. According to official data released this Thursday, so far 47.9 million doses have been administered, although 53.1 million vaccines have been distributed throughout the Argentine territory. A total of 28.8 million people received the first dose of the vaccine, while 19 million people were already inoculated with the second.


Brazil registered 643 deaths in the last 24 hours, bringing the number of deaths to 589,240, while infections reached 21,069,017 cases, after the notification of 34,407 new positives this Thursday, the Government reported.

According to the most recent bulletin of the Ministry of Health, the average number of deaths from the virus in the last week stood at 581 daily deaths this Thursday, a slight drop compared to yesterday, when the average was 597 daily deaths. .

As for the average number of infections in the last week, this stood at 15,731 daily cases today, a slight increase compared to the average on Wednesday when the positives were 15,229 daily infections.

The variations were expected, due to the alterations that the death and case records suffered a week ago, due to the lack of personnel due to the Brazilian Independence holiday, which practically accumulated four days of holidays, including the weekend.

However, the figures continue to decline in 25 of the 27 states of the country and, according to experts, the trend should continue like this in the coming weeks. The drops in the numbers in Brazil are attributed by specialists to the progress of the vaccination campaign. In this country of more than 213 million inhabitants, 67% of the population has already received the first dose of the vaccine and another 35% already has the complete scheme.

Despite the reduction in cases and deaths in the country, the Ministry ordered this Thursday to suspend the vaccination of adolescents between 12 and 17 years of age, “out of caution”, except for those who have some morbidity. This is because 1,545 adverse effects have been presented, most of which (93%) are due to “immunization errors”, that is, young people who received an immunizer other than Pfizer, which is the only one authorized by the National Health Surveillance Agency. (Anvisa, regulator) for that age group.


The judgment of the Supreme Court that endorses the Xunta de Galicia To demand vaccination or negative PCR to enter restaurants and discos has increased the pressure on the Ministry of Health to establish a common framework at the national level. The communities governed by the PP or by coalitions in which it participates –Madrid, Murcia, Castilla y León and Andalusia– sent the request informally to Minister Carolina Darias, at the weekly meeting of the Interterritorial Health Council after the judicial support to Galicia. The Galician president, Alberto Núñez Feijóo, has publicly requested it. Not so the other regional governments, who seek that it is Health who takes the first step. Some even recognize that it is not the time to start it with the level of incidence in full decline.

The Government of Pedro Sánchez remains reluctant to the idea of ​​developing a regulation. The posture has not changed. Darias made it clear in the press conference after the meeting, in which he confirmed that several communities, without specifying which ones, had raised it. “Any measure that affects fundamental rights must be subject to judicial authorization,” the minister alleged after ensuring that she still had to analyze the “nuances” of the sentence. “The Supreme Court comes to limit. We continue in the same,” he added. Several councilors were interested in the Galician model, as sources present at the meeting have confirmed to elDiario.es, although there was no vote.


The Ministry of Health of Mexico reported this Thursday 434 new deaths with COVID-19 for a total of 270,346 deaths, in addition to another 7,040 new cases to reach 3,549,229 infections, during the current third wave of the pandemic in the country.

The health authorities recognize that, based on the death certificates, the pandemic would be around 400,000 deaths in the country and estimate that Mexico actually accumulates 3,762,477 infections. The average occupancy of general beds in Mexican hospitals is 41% and 35% for intensive care beds. With regard to deaths, Mexico City – the focus of the pandemic – accounts for 18.4% of all deaths nationwide.

The authorities also indicated that the vaccination program, which includes all those over 18 years of age, accumulates 94.14 million doses of the vaccine applied, adding 555,532 during the last day. 40.99 million people have completed the vaccination scheme, of the total of 126 million inhabitants that the country has.


The British Government will release new rules for international travel to and from England on Friday, which may include the abolition of costly COVID-19 tests and a simplification of the way countries are cataloged under the level. risky. The changes that the Executive decides will affect England, since the other British regions – Scotland, Wales and Northern Ireland – establish their own rules on travel.

The Boris Johnson government is expected to modify the current traffic light system in which the countries are cataloged – red (high risk), amber (intermediate) and green (low).

Passengers from countries in red are obliged to serve a 10-day quarantine in a hotel assigned by the Government and pay for accommodation, as well as a COVID test before and after entering England.

In the case of the countries in amber and green, the authorities require an antigen test before traveling, which must be negative in order to board, and a PCR on the second day of arrival, both for those who have the complete vaccination schedule. like the ones that don’t.

Those who are not vaccinated and enter England from a country in amber are also required to quarantine, as well as have a second PCR on the eighth day of arrival. According to the media, the Government can lift the requirement for PCRs, which are very expensive in the UK, and replace them with a simpler and more affordable antigen test.


The National Health Commission of China announced today the detection of 84 new positives of the SARS-CoV-2 coronavirus this Thursday, 62 of which were produced by local contagion. The data published today represents a slight increase compared to the 80 cases the day before and the 73 the day before.

The health authorities also reported today the detection of 20 new asymptomatic infections (all “imported” except 6, diagnosed in Fujian), although Beijing does not count them as confirmed cases unless they manifest symptoms.

The total of this type of infections under observation is 378, of which 359 come from other territories. Thus, the total number of active infected in mainland China stood at 916, 5 of which are serious.

According to the institution’s accounts, 95,577 people have been infected in the country since the beginning of the pandemic, among which 90,025 have managed to heal and 4,636 died.


The minimum wage will go up 15 euros a month from this September. Now, the Government has reached an agreement with the majority unions to increase the SMI by 1.6% to 965 euros per month in 14 payments. The increase in the lowest wages will be approved without the backing of the employers’ associations, who have completely refused any increase in 2021. Once the tensions in the government coalition on this issue, which have existed until the last moment, have been overcome, The Executive will give the green light to the rise for the last four months of the year, with retroactive effects from September 1. The measure is estimated to directly benefit 1.5 million workers.

This Thursday has been convulsive. The day began with the news from Cadena Ser that the agreement between the Ministry of Labor and the unions to raise the minimum wage was taken for granted, which was later denied in a press conference by the CCOO leader, Unai Sordo. Sources from the Ministry of Labor also explained that there was still no pact on the matter, although it was trying to finalize.