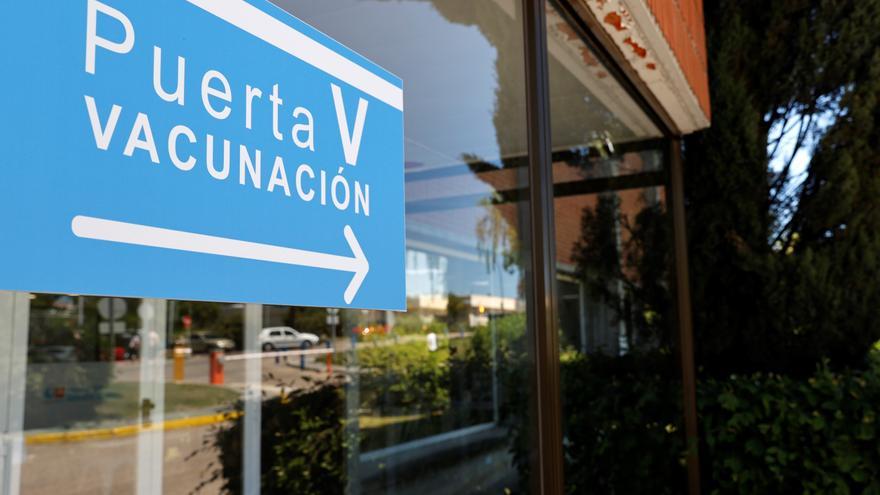 The incidence and infections continue to skyrocket in Cantabria, which adds another deceased with COVID-19


Cantabria registered a new deceased with COVID-19 this Monday, which already amounts to 578 fatalities since the pandemic began, in a day in which cases and incidence, both at 14 and 7 days, continued to skyrocket .

Industrial production shoots up 28.2% in May and has seen three months of increases


The General Industrial Production Index (IPI) shot up 28.2% in May in relation to the same month of 2020, although this rate, despite being very high, moderated by 22 points compared to April, when this indicator increased 50.2%, its highest increase since 1975. With the interannual advance in May, industrial production has seen three consecutive months of positive rates, as reported on Tuesday by the National Statistics Institute (INE).

Brazil exceeds 525,000 deaths with COVID-19 since the start of the pandemic


Brazil has registered 695 deaths with COVID-19 in the last 24 hours, with which the number of deaths exceeded 525,000, at a time when the coronavirus pandemic begins to subside in the country, thanks to the vaccination campaign, reported this Monday the Government. According to the most recent balance of the Ministry of Health, the country already has 525,112 fatalities due to the virus, while infections reached 18,792,511, after 22,703 new cases were notified in the last day.

The figures for the day are notably lower than those registered the previous Friday, when Brazil recorded 1,857 deaths and 65,165 new infections in a single day, something that the ministry attributes to the fact that on weekends and Monday the numbers fall due to lack staff to process the data, which is usually normalized on Tuesdays. However, the numbers are already distancing themselves from the peaks recorded by Brazil, with more than 4,000 deaths on April 8 and 115,228 infections on June 23.

And it is that in the last two weeks deaths and infections have decreased, a situation that experts have attributed to the advances in the vaccination campaign, despite the fact that only 13% of the 212 million inhabitants of the country are immunized and 36% of the population already has the first dose.

Brazil is the second country in the world with the most fatalities with COVID-19, after the United States, and the third with the highest number of infections, behind the North American nation and India.


Mexico has registered 67 new deaths with COVID-19, in the last 24 hours, for a total of 233,689 deaths, reported this Monday the Ministry of Health, which also indicated that the country reached 47.3 million vaccines applied against the coronavirus. In addition, the daily technical report registered 1,805 new infections that bring the confirmed cases to 2,541,873.

With these figures, Mexico remains the fourth country in the world with the most deaths with COVID-19, behind the United States, Brazil and India, and is fifteenth in number of confirmed infections, according to the Johns Hopkins University count. However, the Mexican government acknowledged at the end of April that the deaths associated with COVID-19 are actually just over 332,500, after an analysis of the death certificates.

Hospital occupancy has decreased by 84% compared to the maximum peak reached in January, when hospitals in several cities, including the capital, were saturated.

In the country, 47,316,228 doses of the COVID-19 vaccine have been administered, adding 118,734 on Sunday. 19.86 million people have received the necessary doses to complete the vaccination scheme in Mexico, which has 126 million inhabitants. The vaccination program includes, for now, those over 40 years of age, pregnant women, medical and educational personnel, as well as the entire adult population of the state of Baja California as part of a pilot plan to reopen the border with the United States. .


The spokesperson for Más Madrid in the regional Assembly, Mónica García, has requested explanations this Monday from the Government delegate in the Community of Madrid, Mercedes González, after the action of the National Police at the demonstration in Madrid for Samuel. “We do not understand the disproportionality of the police action in these images after the concentration calling for #JusticiaPorSamuel. We demand an explanation, Mercedes González,” García wrote on Twitter.

Mónica García has thus referred to the clashes that have taken place in the Madrid neighborhood of Argüelles during the demonstration, which began at 8:00 p.m. in the Puerta del Sol. The riot police have surrounded the protesters at the intersection between Alberto Aguilera and Princess, which has made them unable to continue their march to Moncloa or to Plaza de España. At around 10:30 p.m., police charges were registered against some of the protesters.


People over 30 years of age in the Community of Madrid who have not received any dose of the Covid-19 vaccine can make an appointment from this Tuesday through the self-citation system.

They will be able to choose between 40 points to be vaccinated, among them 29 public hospitals, twelve centralized points of Primary Care, the Wanda Metropolitano stadium and the 24-hour vaccination offered at the Isabel Zendal Nurse Hospital and the Wizink Center.


The murder of Samuel, the 24-year-old who lost his life in A Coruña a few hours after the celebration of state LGTBI Pride after receiving a brutal beating, has unleashed a wave of outrage and shock in the LGTBI community. The investigation is open and after the publication of the testimony of witnesses who say that he was threatened with homophobic insults – “Stop recording us if you don’t want me to kill you, you fag!” -, the Government delegation has opened itself to the possibility that it is a discriminatory crime. The case has focused on the violence that the LGTBI community continues to receive despite the progress of recent decades, and that has one of its reflections, the most visible, in the multiple complaints of aggressions for this reason accumulated in recent weeks .

This same weekend a trans woman has denounced having been subjected to verbal and physical violence in Santiago de Compostela and a young man in Madrid He has said that a policeman gave him a slap and homophobic insults. He joins the attack perpetrated in Valencia against a young man who was punched and beaten all over his body shouting “fags” or the assault on a male partner with an extendable baton in A Coruña. In Catalonia there are several attacks reported in the last month, while Basauri (Bizkaia) made all the headlines at the beginning of June for the assault on a young man who ended up in the hospital whom they called a “fucking fag.


Downshift in the de-escalation. The epidemiological panorama has turned upside down in just two weeks: on June 21, Spain celebrated having reached the lowest incidence since last summer, with 92 cases per 100,000 inhabitants, and this Monday it has multiplied to 204. The explosion of infections among young people has ushered in another different phase of the pandemic. Its impact on ICU admissions and deaths is less due to vaccination, but it is not without consequences.

Primary Care is going to take the hardest hit from this rebound as it faces a summer with the templates low minimums and the spirits touched. The more infections, the greater the work of diagnosis, tracking and monitoring of COVID and the less attention paid to other pathologies that have been relegated for a year and a half. Although the healthcare pressure remains under control, some hospitals, such as the Catalans or the Canaries, have already noticed a rebound in patients that also reflect the data of Health: the number of hospitalized has happened of the 2,495 of the past week to the 2,723 of this Monday.