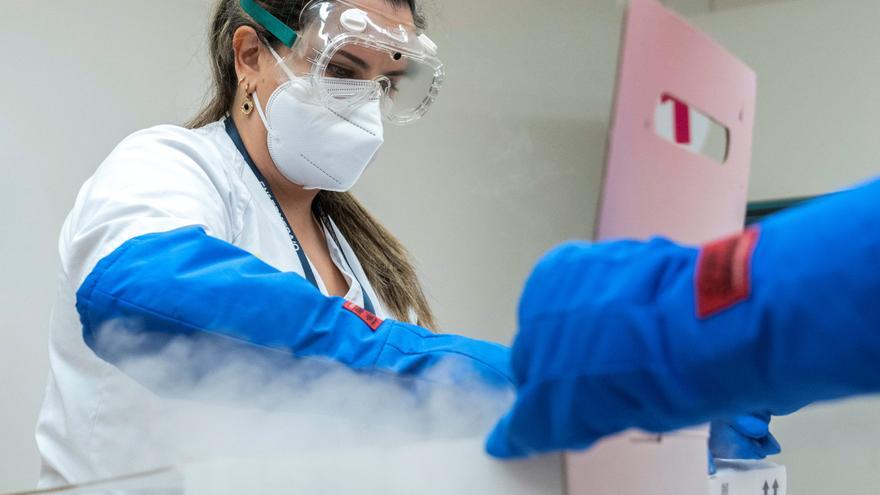 A total of 18 basic health areas and five municipalities in the Madrid region will be prohibited from entering and leaving them except for justified reasons as of today after the regional government decided this past Saturday to extend mobility restrictions to eight new basic health zones (ZBS) and five localities. EFE reports.

As a result of the increase in cases of coronavirus in different parts of the region with a rate above 400 cases per 100,000 inhabitants, as of this Monday at 00:00 hours entry and exit will be limited for 14 days, until Monday, January 18 at 00:00, in the basic areas of Marqués de la Valdavia and Alcobendas-Chopera, in Alcobendas; Las Olivas and Aranjuez, in Aranjuez; San Fernando and Los Alperchines, in San Fernando de Henares; Virgen del Cortijo, in the Hortaleza district of Madrid capital; and the basic area of ​​Torrelodones, which affects the municipalities of Torrelodones and Hoyo de Manzanares.

Likewise, there will be entry and exit limitations in the perimeter of five specific localities that do not coincide with that of a basic area, as the transmission sources are more localized: Ciempozuelos, Navalcarnero, Algete, Mejorada del Campo and Villarejo de Salvanés.

In addition, the Ministry of Health continues with mobility restrictions for seven more days, that is, until 00:00 hours on Monday, January 11, at the ZBS of La Moraleja, in Alcobendas; in Andrés Mellado, in the Chamberí district, and Sanchinarro, in Hortaleza, both in Madrid capital; in the areas of Felipe II and Mayor Bartolomé González, in Móstoles; and in Getafe Norte, in Getafe. At the same time, the limitations are in force for 14 days, from last December 28 until Monday, January 11 at 00:00 hours, in the ZBS of Aravaca, in the district of Moncloa-Aravaca and the General Moscardó, in the district of Tetuán, both in Madrid capital; as well as in the sanitary areas of Reyes Católicos and V Centenario, which are located in San Sebastián de los Reyes.