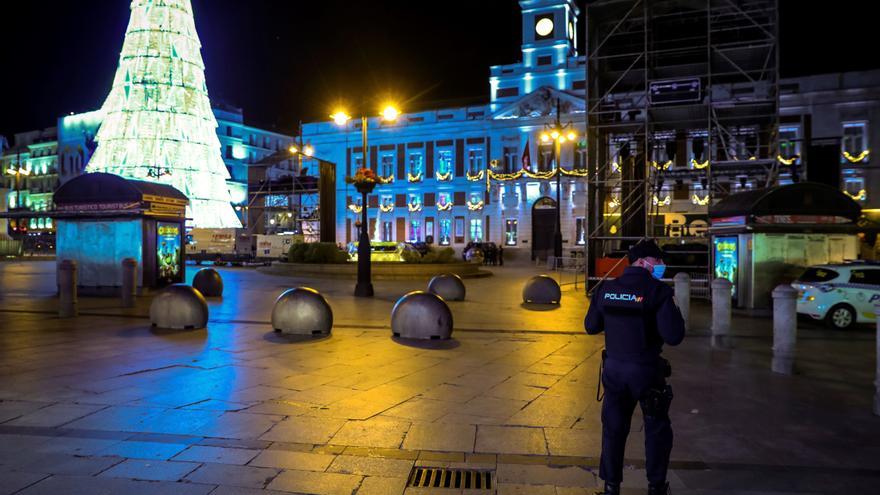 
The Robert Koch Institute (RKI) of virology registers 32,552 coronavirus infections in Germany, which were reported to it in the last 24 hours by the Health offices, and 964 deaths related to the disease. Thus, the figures remain at the record levels of more than 30,000 infections that were already observed in the week before Christmas.

Since the beginning of the pandemic there have been 1,719,737 confirmed cases of coronavirus in Germany. The record in the number of deaths was registered yesterday with more than 1,100 deaths. The RKI estimates that 1,328,200 people in Germany have overcome the disease and 33,071 people have died from it.

In Germany there is no confinement in the strict sense since people can leave their home for a variety of reasons, including individual sport, but shops and most restaurants are closed and there are rules on reducing contacts that they vary between the various federal states.


The Government of Isabel Díaz Ayuso has changed the method of reporting registered coronavirus data in the region. Since last Sunday, December 27, the Ministry of Health of the Community of Madrid points out a much lower number of new cases than in previous months, which until now represented a high percentage of daily infections, as recently reported by elDiario.es. The direct consequence in the short and medium term will be an increase in the accumulated incidence in the region, the indicator that determines the severity of the pandemic in each territory.

Until this Sunday, when the method of accounting began to come closer to reality, the photo of the pandemic in Madrid was not fixed: it kept changing and incorporating numerous cases in months as far away as March, April or May. An example: on December 16, the Community of Madrid reported 2,093 new positives. But of those, only 826 were from the last 24 hours. The rest –1,267–, were distributed in the days and even previous months and the distribution was as follows: three of those positives communicated in December were from March, according to official data from the Madrid administration; April 26; 52, May; 47, June; 61, of July; 117, August; 173, September; October 194 and November 145.

Neither ‘Nochevieja’ nor ‘Tardevieja’: the Valencian Community prohibits at the last minute celebrations with DJs to dismiss 2020


The Conselleria de Sanidad Universal has prohibited this Wednesday the performances of disc jockeys in hotel, restaurant and nightlife establishments, a measure that comes into force as of its publication this Wednesday, December 30, and until January 15, 2021. Therefore, it will affect the meetings and services provided during New Year’s Eve.

The new measure comes after the president of the Generalitat, Ximo Puig, warned this Wednesday, a day before the end of the year celebration, that there will be “forceful actions” against parties that do not respect existing restrictions and has remarked : “There is no New Year’s Eve or New Year’s Eve”. Precisely this Wednesday, the Valencian Community has registered 70 deaths with coronavirus, its highest number since the start of the pandemic, and has registered 2,715 new cases.


The Chinese authorities have given, for the first time, the green light to commercialize one of the COVID-19 vaccines developed in the country, that of Sinopharm and its subsidiary Institute of Biological Products of Beijing. Both companies yesterday requested authorization from the National Medical Products Administration (NMPA) after reporting that the efficacy of the vaccine was 79.34%, according to provisional data derived from phase 3 clinical trials.

At a press conference in Beijing, NMPA number two, Chen Shifei, explained that the institution concluded that “the known and potential benefits of this vaccine outweigh its known and potential risks” and that it complies with the standards set for the conditional approval of its commercialization. The condition is that Sinopharm continues to carry out its clinical trials within the agreed deadlines and send the collected data to the country’s medical authorities for verification and final registration.

The brief announcement of the results of phase 3 of the tests, made on Wednesday, did not provide data such as the number of participants who did contract the virus or the reported side effects. These data were not provided either at the press conference, which will be published “later in medical publications in China and in other countries,” according to the president of CNBG -sinopharm subsidiary on which the Beijing Institute of Biological Products depends-, Wu Yonglin.