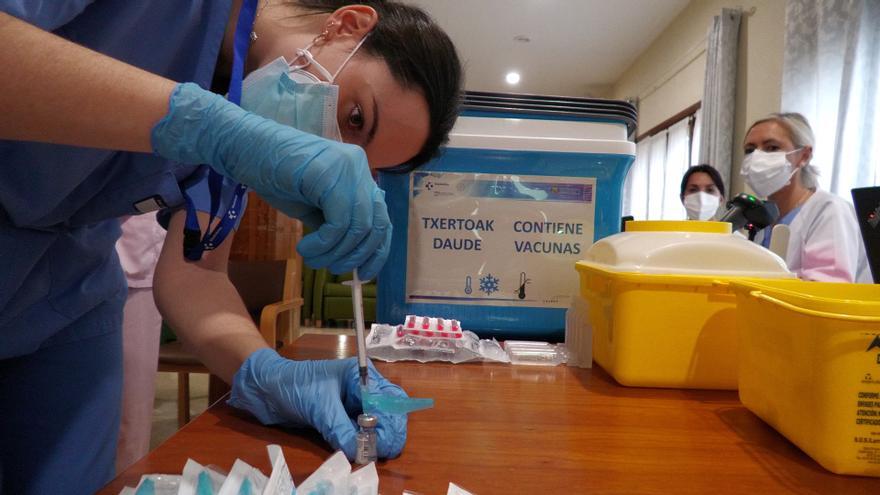 
The German authorities have registered 1,129 fatalities with COVID-19 in the last 24 hours, thus exceeding for the first time in Germany the barrier of a thousand deaths in one day, according to EFE.

The Robert Koch Institute (RKI), competent in the matter in the country, also reported 24,740 new infections, below the maximum of 33,777 infections on a day in mid-December, but it must be borne in mind that fewer are practiced on these holidays test. The previous maximum in a day of deaths was 962 and had been reported a week ago.

The total number of infections since the beginning of the pandemic thus rises in Germany, with 83 million inhabitants, to 1,687,185 cases – of which 1,302,600 are recovered patients. The number of fatalities reaches 32,107.

The weekly incidence per 100,000 inhabitants stands at 141.3 cases, below the maximum of 197.6 cases on December 22. This incidence shows great territorial differences, since in “Land” of Saxony (east) it is situated in 330 weekly cases, while in Lower Saxony (center) it is in 79.6. From 50 cases in seven days, the RKI considers that it is in a risk zone.

China announces that one of Sinopharm’s vaccines is 79% effective


The Chinese state pharmaceutical Sinopharm reported this Wednesday that one of its candidates for a vaccine against COVID-19 has an effectiveness of 79.34% and has requested authorization from the authorities of the Asian country to market it.

It is the first vaccine of the several Chinese that have concluded phase 3 of trials that officially announces its effectiveness in the Asian giant, although the authorities of the United Arab Emirates (UAE), one of the countries that participated in the tests, had indicated at the beginning of the month that it had an efficiency of 86%. By registering it, that country became the first to approve a Chinese vaccine, even before China itself, which has not yet officially authorized the marketing of any of the serums developed in the country, although state media claimed that I would do it before the end of 2020.

The statement affirms, in line with tests already carried out in the UAE, that the seroconversion rate of neutralizing antibodies is 99.5%.

This possible vaccine is one of the two that Sinopharm develops together with the one produced with the Institute of Biological Products of Wuhan, a central Chinese city in which the first worldwide outbreak of the pandemic was detected. These two serums -as well as others developed by other companies in the Asian giant- have been used in China since July in exceptional cases, focused on the protection of health personnel, employees of covid prevention programs, port workers and carriers or people that they have to move to countries where the risk of contagion is still high.