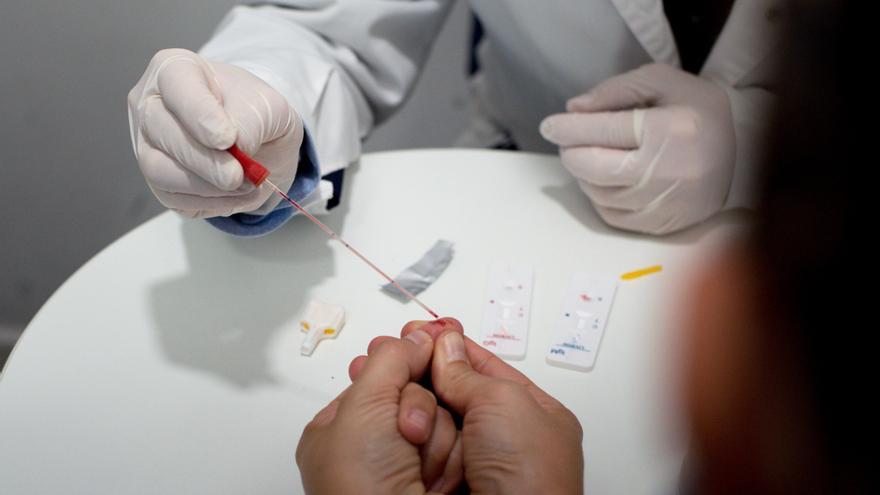 Married, to Sánchez: “You come to boast of health management with 300 deceased. Feel, like Merkel, what is happening in this country”


The leader of the PP, Pablo Casado, has harshly criticized the Prime Minister. “You come to boast of health management with 300 deceased. Feel, like Merkel, with tears in your eyes, what is happening in this country. Get off the falcon, touch down. Give thanks and ask for forgiveness ”, Casado has requested.

He has also referred to the Government’s vaccination plan against COVID-19. “He says that he is going to take the vaccines to Africa, but let’s get things right first in Spain,” Casado said, referring to the president’s words about a future EU surplus of doses against the coronavirus.

Portugal, prepared to advance vaccination before the end of the year

At first, the Portuguese Government planned the start of vaccination for the first week of next year and the prime minister has ensured that January 4 and 5 could be good dates for the start, although it has not yet been presented in a form official calendar.

Rui Portugal, deputy director of the Portuguese Directorate General of Health (DGS), has acknowledged at a press conference that “it is very good that we have an anticipation” so he urged to make an effort in logistics to guarantee such anticipation.

At first, people in nursing homes, health professionals and patients at risk will be the first to receive the vaccine, according to the coordinator of the National Vaccination Plan of Portugal against covid-19, Francisco Ramos.

Until February 2021 they plan to vaccinate almost a million people, of the slightly more than 10 million Portuguese inhabitants.

Washington Cathedral rings its bells 300 times in memory of the 300,000 Americans killed by COVID-19


The Washington National Cathedral rang its funeral bell yesterday afternoon 300 times in memory of the more than 300,000 people who have died in the United States from COVID-19 since the start of the pandemic.

The dean of the Cathedral, the Reverend Marshall Hollerith, has signed a statement in which he regrets that “the deaths in a single day were the equivalent of 16 737 planes full of passengers falling from the sky.”

“May God forgive us if we have to ring this bell again because we have reached 400,000 lives lost,” added the dean.

The bell has rung for more than half an hour, until dusk, and has accompanied the first American paramedics in the front line in supplying the first doses of the vaccine.

Sánchez, on the decrease in the accumulated incidence: “We are neither better now nor were we worse then”


The President of the Government, Pedro Sánchez, has reviewed the phases of the pandemic and has indicated that, at this time, the country’s cumulative incidence is below 200 cases. “We are one of the countries with the best data,” he said, but warned: “We are not fooling ourselves, we are neither better now nor were we worse then.”

Sánchez calls for responsibility to avoid a third wave: “If the Christmas plan must be toughened, the Government will propose it”


Pedro Sánchez has claimed responsibility during the Christmas festivities to avoid a third wave of COVID-19. “It is only up to us not to open the door to a third wave,” he said at the beginning of his appearance in Congress, in which he assured that, if necessary, to tighten the measures proposed for Christmas, the Government “will propose it ”To the autonomous communities. This Wednesday the Interterritorial Health Council meets at a time when infections are rebounding after weeks of decline.

“If the Christmas plan must be toughened up, there is no doubt that the Government of Spain will propose to the autonomous governments to toughen up that Christmas plan. Because we cannot relax, we cannot let our guard down. In recent days we are seeing a worrying increase in the number of infections and, therefore, we have fought a lot all year, united, and we are facing this latest effort, which is what we ask of citizens, at the doors of vaccines. Let’s not throw everything away. We will move forward but it is up to us that there is not a third wave in the country ”, he expressed.

The appearance of Pedro Sánchez begins


The President of the Government, Pedro Sánchez, is currently appearing in the Congress of Deputies to report on the European councils of October and December, as well as on compliance with the royal decree that establishes the state of alarm and on the data and procedures of the Executive in the application of the same.

“We are not the same people, nor is society the same as a year ago,” Sánchez said about the pandemic.


The Food and Drug Administration (FDA) of the United States, the body that regulates the marketing of drugs, authorized this Tuesday the first home test for covid-19 for sale without a prescription.

“By authorizing a test for use without a prescription, the FDA allows it to be sold in places like pharmacies, where a patient can buy it, get a nasal sample, run the test and see the results in as little as 20 minutes,” he said in a reported the chief regulator, Stephen Hahn.

The test is from the Australian pharmaceutical Ellume and detects protein fragments of the SARS-CoV-2 coronavirus in any individual from two years of age.

Users who use the Ellume test should download a mobile application that will help them interpret the results and share them with the health authorities.

Ellume expects to produce some three million tests in January of next year.


Germany has registered a new maximum of fatalities due to or with covid-19 throughout the pandemic, with 952 deaths in the last 24 hours, 354 more than the previous daily mark, recorded last Friday.

According to data from the Robert Koch Institute (RKI) of virology, health authorities counted 27,728 new infections with coronavirus in one day, which is around 2,000 cases less than the maximum of 29,875 also registered last Friday.

The number of positives since the first contagion was known in the country at the end of January amounts to 1,379,238, with 23,427 deaths. EFE reports.


Galicia puts on the brakes. The clinical committee that advises the Xunta has decided to impose the perimeter closure of Santiago just over a week after having opened the limits to the displacement of its inhabitants. The progress of COVID infections associated with the Constitution Bridge and the Black Friday crowds have forced a step back in the Galician capital a few days before the Christmas celebration.

INTERVIEW | Josep Maria Argimon: “The indicators seem to show that we are facing a third wave”


Josep Maria Argimon (Barcelona, ​​1958), Secretary of Public Health of Catalonia, speaks clearly: the epidemic is accelerating a few days before Christmas. Thanks to a methodological change in data analysis, from now on with antigen tests, the Health department can analyze the evolution of the virus in the last 24 hours – not three days late, as required by PCRs. , which places the rate of contagion, the so-called RT, at 1.4 instead of the published 1.1. And the weekly incidence of infections also rises very significantly.

The looming scenario is most likely that of a third wave, although this doctor, epidemiologist and also director of the Catalan Health Institute is asking for a little more time to finish confirming it. He does not want to advance if restrictive measures will have to be taken again, but he assures that “everything is on the table” and that the transmission of the virus must be reduced before the vaccination campaign. Facing Christmas, he directly recommends avoiding group meals if there are very old people.

The epidemiological situation evolves unfavorably. Are we facing a third wave at the gates of Christmas?

We would need a couple of days to confirm it, clearly. But the indicators seem to show it. There is a clear trend reversal. And we have an indicator, that of patients admitted to the ICU, which has been increasing for three days. It is a change in trend that seems important and it takes a couple of days to confirm that we are in a real third wave.

Arrecife, graced by the Bonoloto