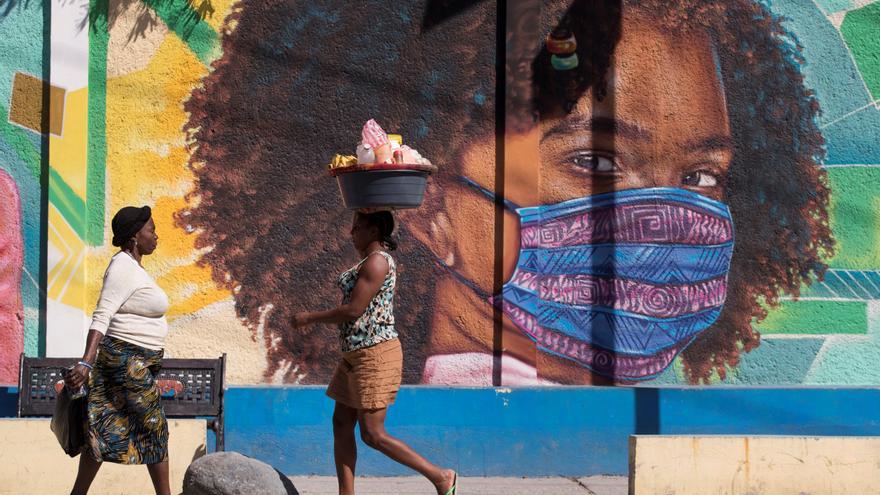 Weekly incidence of coronavirus continues to rise in Germany

The weekly incidence of the coronavirus in Germany rose in the last 24 hours from 66.1 to 68.0 infections per 100,000 inhabitants, according to the latest data from the Robert Koch Institute (RKI) of virology.

In total, 5,011 new infections and 34 fatal outcomes were registered, which represents the low figure so far this year in terms of deaths.

However, the RKI warned that the figures should be taken with reserve since, on the one hand, they may include deaths from previous days that had not been reported and, on the other hand, there may be deaths that have not yet been reported.

After weekends, the numbers of infections and deaths are usually lower because not all health offices make their reports on time.

ANALYSIS | I have been vaccinated, now what? The secundary effects

Mass vaccinations against the SARS-CoV-2 virus are picking up pace in more and more countries around the world. In Spain there are already more than 1.3 million people vaccinated (around 2.8% of the Spanish population) with two doses of the Pfizer, Moderna and AstraZeneca vaccines.

Among people who are going to be vaccinated soon or among those who have already received a dose recently, doubts often arise about different issues. Next, we are going to clarify those most frequent questions that appear about vaccination, because sooner or later we will all go through this process and many of these questions will be asked again and again.

Eight good news for the women of the world this 8M

This March 8, Women’s Day, there will be no mass demonstrations around the world, there will be no shouts of celebration for the progress made or of protest for all that remains to be done. The pandemic has occupied almost every space in our lives, and has brought more unemployment and often more family burdens for women. But there have also been important advances in representation and rights. Here are eight of them.

On November 3, Americans elected, for the first time in the history of the country, a woman as vice president. Kamala harris, with a biracial background of Jamaican and Indian descent, he has also become the first Indian-American person to hold the position. For his part, her husband is the first “second gentleman” from the United States.

Last December 30 Argentina lived a historic day with the legalization of abortion. The Law of the Legal Interruption of Pregnancy (ILE) has decriminalized and legalized abortion in the first 14 weeks of gestation, after a fight that began almost 50 years ago.

The secrecy to which the women were forced put their lives at serious risk. The organization Red de Acceso al Aborto Seguro (REDAAS) estimated that in Argentina between 370,000 and 520,000 clandestine abortions are performed per year.

8M 2021 comes between the restrictions of the pandemic, tensions in feminism and a crisis of care that threatens equality

8M 2020 ended and the next day we started again. March 8, 2020 was Sunday and the day ended with effusiveness, with the feeling that feminism was keeping the pulse two years after that first feminist strike in history. In the late afternoon, there were those who were returning from the demonstrations or those who were already at home after a day between vindication and joy, after meeting the others. Less than 24 hours later, the Community of Madrid announced the closure of all schools due to the coronavirus, and from there, the cascade of events did not stop until on March 14, the Government decreed the state of alarm.