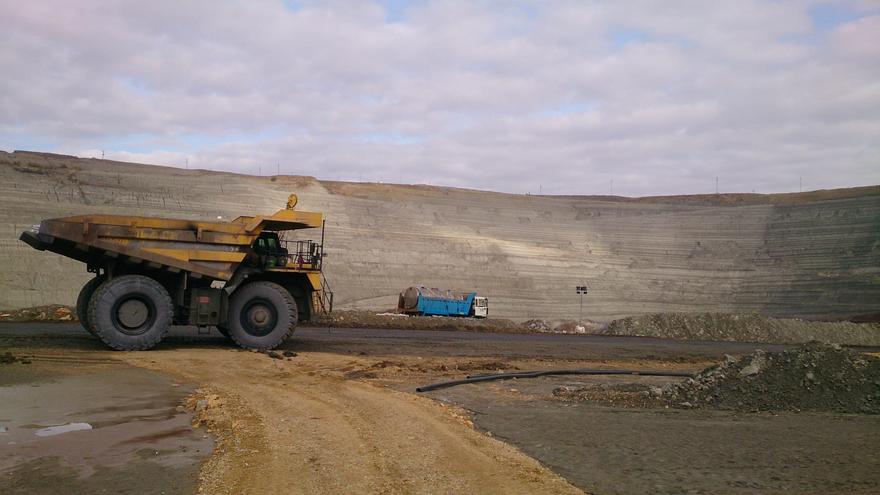 Four million in fines – effective and pending – in exchange for more than 590 million in benefits. The mining company Cobre Las Cruces received last Tuesday the second sanction of the Council of Ministers for illegally keeping underground water in its mining operation in Seville. Both fines punish irregular “drawdowns” between 2014 and 2018, while in those years the mining company beat its production and income records: in 2014 alone it recorded a gross profit of 153 million euros, its annual record. according to their own financial reports.

Cobre las Cruces (which belongs to the Canadian multinational First Quantum) has managed to squeeze the copper deposit to the limit in the open despite dragging a journey of sanctions and even prison sentences for their environmental assaults on the waters. In August 2020, the quarry extraction was completed with a final detonation: it has carried out 1,827 blasts since 2006. It is now processing an underground mine project in the same area and a polymetallurgical refinery.

Both this 2021 sanction and the previous one, signed by the Government in 2016, punish the fact that the mine has derived more water from the Gerena aquifer for its activities than it could according to the environmental authorization. The fines are one million euros, to which is added the compensation for damages to the Hydraulic Public Domain. In addition, the resolution of another file (for 1.5 million euros) for the same practices between 2014 and 2018 is pending.

The company ensures on its website that “the sustainable use of water is a maxim of commitment in CLC and is at the center of the process from the beginning to the end of copper production. Cobre Las Cruces provides the maximum guarantees and necessary controls in terms of water management, making a sustainable use of them “.

However, the offending trajectory has not been limited to these sanctions imposed by the central Executive. In 2016, three company executives were convicted by the Seville Provincial Court for a continuing crime against the environment. The sentence, in addition to a financial penalty, sentenced the executives to one year in jail for having contaminated the Public Hydraulic Domain with arsenic, in addition to extracting water beyond what is allowed. In 2008, the Junta de Andalucía even had to stop the work to deepen the quarry carried out by the mining company due to the risk of contamination of the same aquifer (which was then called Niebla-Posadas).

After resuming his activity, the exercises with high benefits followed one another. When reporting on 2014, First Quantum said about the Sevillian exploitation: “Las Cruces has presented an extraordinary performance in 2014 with a second consecutive year of record in copper production”. And he added that “gross profit increased 3% due to higher sales revenue and lower production costs.”

The Seville site has been for more than a decade one of the crown jewels of the Canadian multinational. The mineral extracted had a very high grade: between 5-6% copper in each ton, “7 to 12 times higher than any deposit,” reported the mining company itself. Production in Las Cruces has allowed it to take advantage of the multiplication of the copper market. “The demand has doubled in the last 25 years,” describes the employer, the European Copper Institute.

The higher demand has caused the international price of this mineral to go, with its fluctuations, from about 1,800 euros per ton in January 2000 to 7,900 euros in August 2021. In the period of “withdrawals” without a water permit , the price was never below 4,000 euros per ton. The McKinsley Global Institute has calculated that copper consumption in 2035 will be 45% higher than in 2014.

“It is profitable for them to face these fines in exchange for the benefits they have been getting,” reflects Isidoro Albarreal, from Ecologistas en Acción, the organization whose initiative promoted this recent sanctioning file. “Of course they resort to them and prefer not to pay them, but I am convinced that these amounts are planned as an additional cost of production.” The organization has calculated that, since the mine began its work, “it has illegally withdrawn 15 million cubic meters of groundwater.” 15 cubic hectometers.

The company has decided to appeal the last sanction of September 2021 as it did with that of 2016 (which was definitively confirmed by the Supreme Court). Las Cruces argues that it has made “an unprecedented effort, both from a technical and investment point of view, to respond to the extraordinarily demanding conditions related to the project’s water management.” The mine explains that it has created a drainage and reinjection system for the water it captures in its activity to return it to the natural reservoir.

The aquifer from which the water has been drawn is made up of two subterranean masses now called Gerena and Guillena-Cantillana. These deposits are considered a strategic emergency reserve for human consumption in Seville in the event of a shortage.

But they have also been the daily supply of some surrounding towns such as the municipality of Burguillos. They are no longer so because the state of the aquifer has been deteriorating until it is impossible to pump quality water for the inhabitants. So much so that the Junta de Andalucía will have to bring water to Burguillos with a project that will cost 4.2 million euros.

Ecologists in Action has asked the Andalusian Government to initiate “an environmental liability file” against Cobre las Cruces, considering that it was its water withdrawals that have brought the aquifer to its current state. They request that “the valuation of the damages” be of, at least, those 4.2 million “corresponding to the expense that the Andalusian administration is going to have to carry out,” according to their petition writing.

First Quantum, at the moment, is pending authorization to consume 3.3 million cubic meters per year of, precisely, groundwater to prolong the mining activity this time underground for 15 years. The project has obtained environmental authorizations under the responsibility of the regional government and lacks the permission for the liquid that falls on the Guadalquivir Hydrographic Confederation of the Ministry of Ecological Transition.