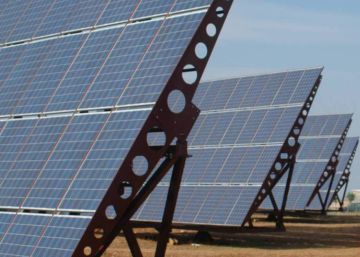 The fact that large electricity companies, such as Endesa, Iberdrola or Acciona, were reluctant to hold renewable capacity auctions with which until now the recovery of the investment was guaranteed and from now on a closed price for 20 years was no secret . In fact, the last two have not participated in any of those held so far. However, as the approval of the royal decree (RD) that regulates the new economic regime of renewable energies for electrical energy production facilities approaches, the pressure from large companies and investment funds has been increasing. increase, according to industry sources.

The aforementioned royal decree, with some minor modifications with respect to the initial text submitted for public consultation, has already been sent to the Council of State by the Ministry for Ecological Transition. Once it enters into force, the department headed by Teresa Ribera would approve an order that would set the conditions for the first auction of the new stage, which the most optimistic forecast for before the end of the year.

The Government plans to auction an average of 5,000 MW of annual renewable capacity until 2030. However, Transición Ecológica has not established an annual closed volume, as advised by the CNMC itself.

Why are the majors opposed to auction celebrations? According to the small companies that are proliferating in the shadow of a key business for the next decade, because they want to avoid competition and lose the power of the generation market that they now have. And the fact is that the proposed auction mechanism “facilitates access to financing for renewable energy projects for developers”, as indicated by the royal decree itself.

Guaranteeing a price per kWh in the long term (if the market price is higher, they must pay it, and if it is lower, they are compensated) provides remuneration stability that gives peace of mind to the financier. Investors are estimated to get 60% of the financing they need by winning the auctions.

In contrast, large companies have the muscle to be able to tackle projects in the free market or through long-term contracts (PPA) with large consumers and by resorting to corporate financing, according to competing sources. In fact, another reason for the Government to opt for the auction is that bilateral contracts in organized forward or bilateral markets (PPA) are poorly developed in the Spanish market, which lacks liquidity.

Beyond the rejection of the auction system itself and given that they prefer to avoid an open confrontation with the government, the large power companies shy away from their criticism in public. However, they also reject the ministry’s proposal, which they have put on record. In their allegations to the royal decree, the companies integrated in Aelec consider that the proposed mechanism (that the energy is auctioned according to what is programmed by the producers and not for what is actually generated) is that it can cause distortions in the electricity market. “This means that there may be perverse incentives for generators to carry out programming in the market in one way or another according to the price expectations they estimate, specifically, over programming when they estimate that the market price will be lower than the price they they have been awarded in the auction, and fix their situation by going to detours, thus losing the signal of the cost of the detour “, says one of the companies in their allegations.

The settlement is handled by the market operator, OMIE, and not the system operator, REE, and the cost of the guaranteed price in the auction goes against the energy term and not the tolls. This will cause a serious problem for the marketers when making their offers. “The fact of liquidating in this way implies a different treatment with respect to the rest of the market participants, which does not seem justified”.

A common request, both large and small and the CNMC itself, which the ministry has ignored, is that the liquidation be carried out according to “measured energy” real production, which “cannot be carried out by OMIE,” the allegations underline.