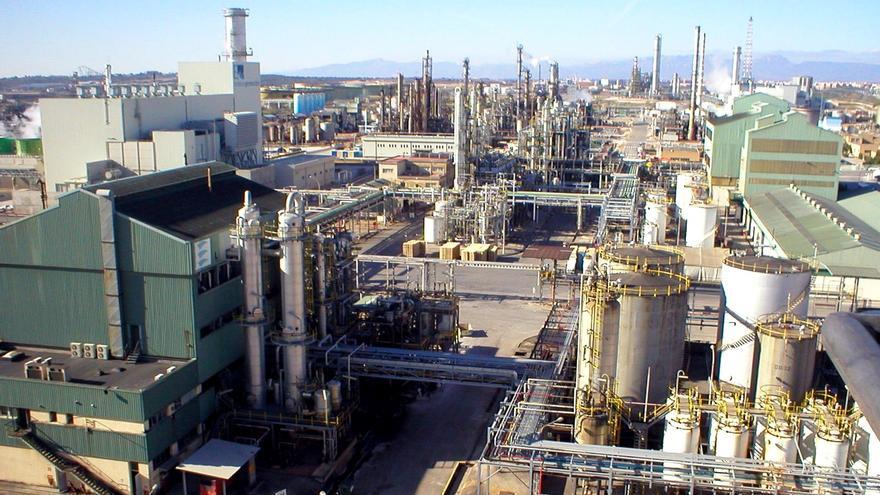 Large Spanish companies have warned in recent weeks of the impact that the rising cost of raw materials and energy is having or may have for their business and for the economic recovery.

Despite optimism about the deployment of vaccines, several Spanish listed companies have included notices in this regard in the documentation sent to the National Securities Market Commission (CNMV) about their results for the first half of the year, marked by the shortage of some components, such as the semiconductors used by the automotive industry, and the escalating price of energy.

The first to do so was Iberpapel. This company trusts that the recovery will continue in the second semester, “but doubts arise regarding the effects on the economy of the Delta variant of COVID-19, and the fear of uncontrolled inflation returns, due to the increase in the prices of raw materials”.

“Brent stands out with 45%, copper 20%, iron 38% and wood has an increase of 28% this semester,” he summarizes in his results report sent to the regulator on July 21. That day the price of electricity in Spain broke a record dating back to 2002 and that has been pulverized this week, with the wholesale market chaining its second consecutive all-time high on Tuesday.

“The continuous and disproportionate increases in energy prices” are one of the main risks that Special Bullion cites for some time. In the first semester, the “crisis of scarcity” of raw materials made those used by this Valladolid metallurgical company (basically, scrap) “doubled their prices.” “The price of energy, which has also had a disproportionate rise, also contributed against it,” it indicates in its accounts.

It also refers to the risk of “maintaining or increasing the already high price of electricity.” Ercros, member of the association of large energy consumers AEGE. When analyzing the foreseeable evolution of its results for 2021, it mentions this risk together with the “acceleration” of the rise in price of raw materials in the first half of the year and the worsening of international logistics conditions. “In particular, the increase in ocean freight rates and the growing shortage of containers.”

Linked to the energy industry is Técnicas Reunidas, which has just asked the State for a ransom of 290 million after losing 164 million until June. The raw materials used to build refineries or power plants (copper, steel, nickel …) “have experienced a strong increase in recent months due to the recovery of Asian markets, mainly”. Although it follows procedures to manage the risk of these supplies, “it is still exposed to the variations that may occur in these markets,” it explained on July 30.

That day, Siemens Gamesa announced a net loss of 368 million in the first nine months of its fiscal year due, among other reasons, to the “marked increase” in raw material prices. And the hospital supplies company Prim pointed out, when analyzing the impact of the pandemic, that “a tension is beginning to be appreciated in international logistics structures, significant increases in raw materials and problems in the supply of some components and equipment.”

The “extraordinarily high” prices of the Spanish wholesale electricity market have also had an impact on power company Endesa, which needs to buy part of the energy it supplies. Even if earned 832 million until June, has been affected by high pool prices. Driven by the rising cost of natural gas and emission rights, which more than doubled those of the same period in 2020, reducing its income statement.

Also in the Ibex, the manufacturer of casings for sausages Viscofan closed the semester with a profit of 64.1 million, an 11.8% more, after achieving, in the words of its president, José Domingo de Ampuero, “to counteract an adverse environment currency and inflation in energy costs and some raw materials “such as polyamides and glycerin.

The “very high inflation of raw materials and packaging material costs” is one of the main constraints for 2021 that Ebro Foods faces, with extra costs amounting to 45 million for its rice business and 15 million for pasta . Transport from Asia “has more than tripled, which raises the cost of aromatic rice, which is a fundamental chapter for Riviana and for Tilda”, its brands in the United States and the United Kingdom. “This affects all operators equally, but the transfer to the tariff is proving a very intense task,” it indicated on July 28.

Two days later, another food company, Deoleo, explained that the first semester was characterized by “a continuous rise in raw material prices with increases of 75% in the average price of olive oil that has affected our margins.” Situation that contrasts with the first half of 2020 marked by confinement, with “a strong increase in global consumption and in an environment of low and stable prices of raw materials.”

Special mention should be made of construction and real estate companies, who have seen building materials prices skyrocket such as cement, concrete, iron, wood, plastics, bitumen or steel. According to OHLA (former OHL), in the first semester “the activity can be considered normalized, although in some countries there may be delays in receiving supplies and / or labor problems due to mobility difficulties, as well as increased costs. of raw materials, which to some extent have their origin in the pandemic. ”

FCC also cites this aspect among the risks it faces. “Especially in basic construction materials, derived from the reactivation of world demand after the health crisis and the increase in the price of international maritime container transport”. As Acciona recalls, since the beginning of the health crisis there have been blockages in commercial traffic and customs restrictions which, coinciding with the implementation of important stimulus plans in the world’s largest economies, “are producing strong increases in the prices of raw materials and freight that cause delays in supplies and deliveries. “

The Metrovacesa real estate company cites this increase in costs as one of the short-term “challenges”. “They could pose a threat if they finally dragged on.” He expects it to be something “more related to specific interruptions in global production chains and a rapid reactivation of world demand than to structural problems.” “It will be necessary to see to what extent these costs are absorbed by intermediaries or, on the other hand, are partially or totally absorbed by possible increases in the final prices of houses,” he adds.

The first semester has been exceptional for many large Spanish companies. In the Ibex 35, with the practical exception of those most exposed to tourism, many have recovered pre-COVID levels, with cases such as Telefónica (with record profits from corporate operations) or Acerinox, with its best half-yearly result since 2007. Altogether, the Ibex firms earned 23,600 million until June, 80% more, not including the main selective company, Inditex, (with a different fiscal year), Arcelormittal (with headquarters in Luxembourg), Siemens Gamesa (which begins its fiscal year in September) and Solaria, the only one of the Ibex that has not published semi-annual accounts.

As Mapfre pointed out on July 26, “both financial markets and central banks have begun to focus their concern on the rise in inflation.” The consensus of economists considers that the rise in inflation is “temporary”, but the markets “value the possible permanence of it, motivated by the evolution of the price of raw materials and food in some countries, the effect of savings accumulated in private consumption and pressures on producer prices derived from some disruptions in supply. “

The largest Spanish insurer recalls that the monetary authorities “are preferring to wait for inflation to consistently exceed the target levels, before taking actions to modify their position, being aware that a premature tightening of financing conditions in the past has been detrimental. “although some central banks in emerging countries have already raised interest rates.

In the same vein, the investment firm Renta 4 points out that the monetary authorities “reiterate that we are facing a temporary rise, which will moderate over time due to the progressive elimination of bottlenecks in the production chain, reincorporations to the market labor market, and the slowdown in credit in China. ” But “the inflation debate persists” and there is a risk of a “persistent rebound” that “forces a quick exit from central banks.” In the 38 rich countries of the Organization for Economic Cooperation and Development (OECD), inflation stood at 4.1% in June compared to the same month in 2020, and remains at its highest since 2008.

Another financial entity, Ibercaja, cited last week as one of the risks faced by the Spanish macroeconomic scenario “the negative impact that could have on inflation, and consequently on demand, the strong increase in the prices of raw materials observed in the first half of the year “. Telefónica also mentions “an unforeseen increase in inflation” as one of the risks it faces in Europe. And the rising cost of raw materials also appears in the latest presentation of Banco Santander results.