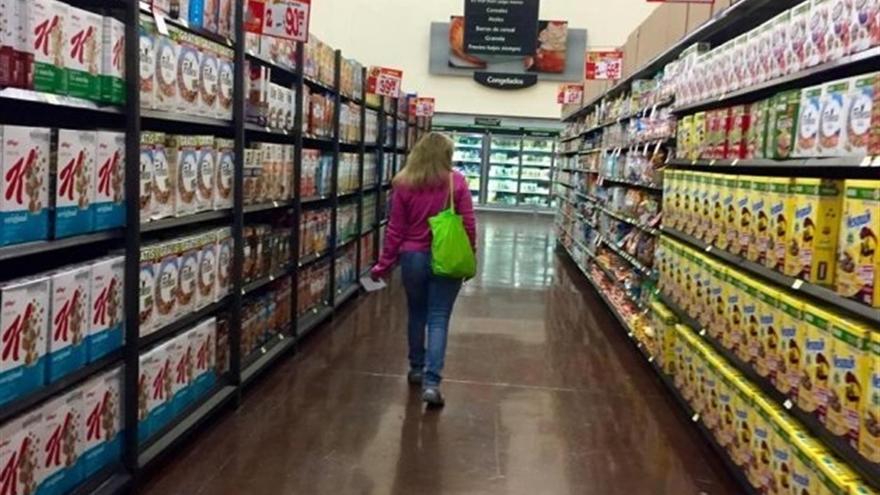 The "super" and hypermarkets they have become a magnet for big investors in the real estate sector. They buy stores from groups such as Carrefour, Mercadona or Aldi, among others, which remain as tenants. They see them as reliable, low-risk tenants who, in addition, will not see their commercial activity reduced in case the pandemic hits again with force.

"Large investors are looking for investment alternatives that give them profitability, even if it is low, because there is a lot of liquidity in the market," says Juan Moreno, analyst of the real estate sector at Bankinter's Department of Analysis and Markets. "The 'super' have endured the COVID-19 crisis very well because it is basic consumption and if there are outbreaks they will not be affected."

Some operations, those of selling brick in exchange for staying as tenants, which already took place before the coronavirus, have increased in recent months and will continue to accelerate in the short term.

"They tend to be contracts where maintenance and supplies are paid by tenants, which attracts investors at a time like the present, with skyrocketing energy prices; and the rents they pay are often linked to inflation," he argues Dark. Therefore, "they are rents with very low returns, but long-term and very safe."

In addition, he clarifies, they sometimes include clauses by which if the chain of "super" or hypermarkets closes any premises included in a "sale and leaseback" contract, it replaces it with another and maintains the conditions of the agreement. "They are very armored contracts," he assumes.

Until a few years ago, these operations in the food distribution sector were more common in other markets than in Spain. But in recent months the trend has changed, due to the "pandemic" effect.

"Its nature as an essential service has highlighted the stability and security of their income, especially in those with a good geographical situation and with contracts with tenants of high solvency and reputation," says Pablo Fernández de Mosteyrín, "equity research analyst" of Renta 4 Banco .

This past September, the American group Realty Income Corporation bought seven Carrefour hypermarkets for 93 million euros. A few months earlier, Mercadona made a similar move with the sale of 27 premises to the Israeli group MDSR Investments for more than 100 million. An operation that its director of investments and treasury, Marco Tamarit, defined as "exchanging bricks for euros" to finance the transformation process of the commercial network of the Valencian company.

"In the absence of certainty with the shopping center format, investors continue to focus on supermarkets and see the medium-sized supermarket sector with better eyes," says the consulting firm Savills Aguirre Newman in a report on the distribution sector in Spain . That is, there is an appetite for "super" because there is not much anxiety to buy other types of properties where business options are not so clear.

"Although the returns of the supermarket product are closely linked to the asset and its location, during the first half of the year, the existing transactions show a certain contraction of 'yields' [rentabilidades] that it can continue over time and as long as there is no increase in investor appetite for the rest of the retail segments ", the aforementioned report states.

"An urban supermarket with good contractual conditions and a prestigious operator can achieve a profitability close to 4.5%," says Savills Aguirre Newman. Shopping centers, on the other hand, reach 6%.

But that profitability is not homogeneous. "Just as a German bond yields less than a Greek one or Carrefour's debt has a lower 'yield' than Dia's; likewise, a 'super' located in an area without competition gives it a dominant 'status', which supports the stability of their income ", explains Pablo Fernández de Mosteyrín. "If it is also located in a geography that registers economic growth, growing consumption and a favorable demography, it will also have a lower risk, which will mean a greater attractiveness and, as such, lower profitability", he adds.

Outside of Spain, chains such as the German Aldi or Lidl have also entered into similar operations and, according to JLL, taking advantage of the interest of investors seeking long-term risk-free products, such as large pension funds. That's not new, because before Covid, the French public pension fund (Erafp) bought six stores from the wholesaler Makro.

Now, the pandemic has accelerated this trend. In 2020, in the 16 main European markets, property purchase operations in the food distribution sector reached 6.5 billion euros, double the number one year earlier, according to data compiled by Savills. The main market was Germany, with more than 3,000 million. Behind, Spain, with operations worth 675 million euros.

And the trend continues. "In the third quarter of the year, investor demand returns to focus on supermarket portfolios," says a report published by JLL last October. "For the next few months, some high-volume supermarket portfolio transactions are expected," he predicts.