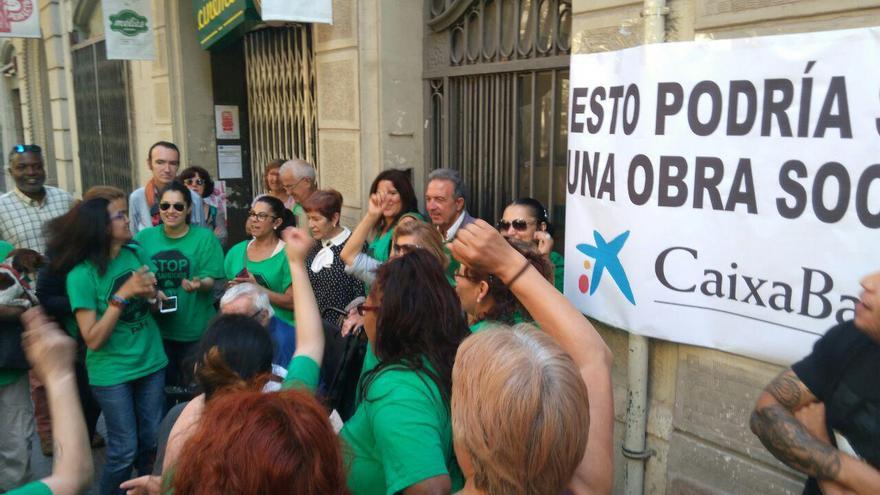 Large landowners — individuals or legal entities with more than fifteen homes they own — initiated 45% of the eviction processes that took place in Barcelona in 2020. The “small owners” initiated 47% of the cases, but within these they did not. There are only individuals but companies with up to fifteen homes (which, due to their characteristics, can benefit from to a generous tax regime called EDAV). The data comes from the latest report from the Barcelona anti-eviction unit, which the council has sent to the new Transport Minister, Raquel Sánchez, to alert about the emergency and request new measures to tackle the problem.

“We have not been able to reel off the data of the small owners because it is very difficult. We would have liked to specify how many of them are really private,” says Lucía Martín, councilor for housing. “The law 24/2015 it made strong demands on large landlords, forcing them to offer a social rent if they evicted. So we have organized and we find fractional properties. And that is the park that we need and must return: the one they bought from bankrupt financial entities. “Another recent study found that large owners (more than ten homes) owned a third of the city’s rental stock.

The objective is that people do not leave their house. We do not have a park to relocate 4,000 people each year

Lucia Martin
– Councilor for Housing of the Barelona City Council

The mediation of the unit, in which fourteen people work coordinated with the ten municipal offices of the City Council, managed to stop 91% of the processes: the majority before the day of the eviction and 15% the same day. How? “There are many cases,” Martín continues. “We spend a million a year in aid to pay back rents to flats of small owners. With the large owners we seek to make offers of social rental. When mediation does not work, we relocate. But the objective is that people do not leave their In addition, we do not have a park to relocate more than 4,000 people each year. ”

The report advances data from the first half of 2021. Although we are still in a pandemic, the number of evictions is already similar to that of 2019 and is close to exceeding the data for all of 2020. Between January and June of this year, the unit has had evidence of 1,588 processes. “The data for 2020 is terrifying, but the current situation is even more serious,” the document says.

Thus, from the city council led by Ada Colau, they ask the Government not only to extend the measures approved during the last year – which have prevented some evictions, but whose balance sheet is negative– but rather take other more guarantors and that make the large holders jointly responsible.

“The case of Segundo [el hombre que se suicidió antes de su desahucio] it was crystal clear. There were reports of vulnerability but the judge considered that documentation was missing and moved on. The moratorium on evictions does not stop orders. For us it is a minimum measure, we cannot be debating about it. What you have to do is give it a spin and, when in doubt, always protect the most vulnerable part, “says Martín.

The Ministry of Transport is evaluating options to give continuity to the measures on evictions approved in the pandemic, which end on August 9. It was planned that these measures would be within the Housing Law, but as it is still stalled because Podemos and the PSOE do not agree on the regulation of rents, they value a new extension or a decree.

The decree of urgent measures in the matter of housing of 2019 It has already modified the Civil Procedure Law and established that, in the event of vulnerability, the court should stop the eviction until the social services adopt measures for a maximum period of one month (natural person owners) and three months (legal person owners). But experience is showing that neither that nor the measures adopted in the pandemic (vulnerability reports and compensation to large owners for not evicting) manage to stop the bleeding. For this reason, from Barcelona they suggest that the state regulation makes large landlords responsible and forces them to offer social rents, as the Catalan regulation already does. “As this obligation is not included in the prosecution law, the judges skip it and say that the administration sanction such behavior,” explains the councilor.

Finally, they advocate for social services to be aware of emergency cases at the time of the first demand for non-payment (in order to act preventively) and for “deep legislative changes” that facilitate affordable rents and prevent people leave your home.

Tags: Barcelona, evictions, half, large, owners, they started, was