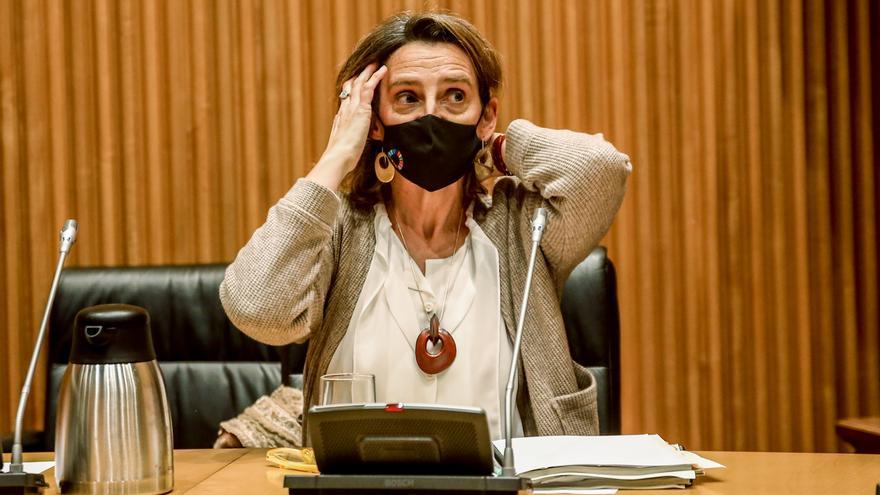 The Spanish Federation of Large Families (FEFN) will request a meeting with the Ministry for the Ecological Transition to "defend that the social bond of electricity for this group is maintained" as it is proposed.

The petition comes after the fourth vice president, Teresa Ribera, advanced in Congress on Tuesday that the reform of this instrument will be aimed at receiving it "those who need it most" and hints at a possible cut to large families (the only group that enjoys it regardless of their income) by pointing out that "if we cross information on income and assets we may be providing coverage to people who can manage themselves better.

Sources from the FEFN point out their "surprise" at Ribera's statements and recall that "this is not the first time this debate has arisen" on access to the social bonus for large families.

The entity defends that the bonus is granted to this group without filtering their income level because "a greater effort is understood" and it is "a measure of economic and social compensation." They add that in other European countries "there is a benefit universal per dependent child regardless of income ”, so that“ everyone has the same opportunities ”.

According to the federation, "a great majority" of large families have adjusted incomes "and live from day to day," at a time when the pandemic has triggered household electricity consumption due to the promotion of teleworking. The stereotype that presents them as well-off is, according to the FEFN, “far from reality”: according to their surveys, 39% arrive with difficulties at the end of the month and 36% are forced to resort to their savings or a loan.

Those who have high incomes and enjoy these discounts are "a minority" because requesting the social bonus is a "cumbersome" procedure, as shown in the complaint they filed in 2019 with the National Markets and Competition Commission (CNMC) in which They exposed supposed obstacles of the marketers to not grant them or renew the bond. The complaint was filed without penalty, but the backlog of petitions was resolved, according to the FEFN.

Crossing of income and equity

On Tuesday, Vice President Ribera did not expressly summon large families in Congress, but she did advocate "consolidating and expanding the electricity social bonus, focusing on those who need us most" and "understanding whether the categories previously established in 2017 of consumer vulnerable really correspond to those who need it most ”.

"Sometimes we find that this is not necessarily the case and if we cross-check information on income and wealth, we may be covering people who can better manage themselves and setting aside resources that could be allocated to particularly needy groups. The ministry does not answer the question of whether such an analysis has been or is being carried out.

In 2017, income criteria were introduced for the first time for the granting of the social bonus, which allows a discount (of 25%, in general) to different vulnerable groups. Since then, there has been a ceiling on subsidized consumption for the group of large families of 3,600 kilowatt hours per year, without distinction between the number of members of the family unit or their income.

The government agreement between the PSOE and United We can envisage a "profound reform of the electricity social bond and the creation of a general bond that includes the gas bond," with "the ultimate aim of allowing any home to consume minimum energy."

Ecological Transition is working on the creation of a "universal and automatic" energy social bonus and on the implementation of a "Minimum Vital Supply" that guarantees the so-called precautionary principle (that in the event of any domestic default, the supply company must communicate with municipal social services to find out the situation of the affected household) and establish a temporary supply, even in the event of non-payment, to avoid the total disconnection of the electricity supply of vulnerable consumers.