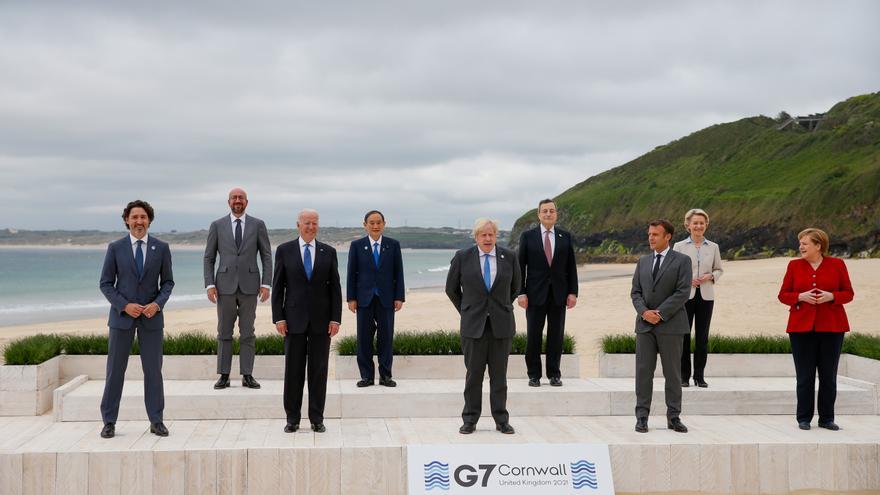 The countries that were debating within the Organization for Economic Cooperation and Development (OECD) reached an agreement on Thursday to reform the international tax system, which includes, as planned, a minimum corporate tax rate at a global level of 15%. A necessary tax measure if one takes into account that a study on European taxation prepared by Petr Janský, from the University of Prague and participant in the research project CORPTAX, from the Tax Justice network, shows the tax damage generated by the current transfer of profits from large companies to pay less in Europe.

The report, Profit Shifting of Multinational Corporations in the European Union: Evidence and Policy Reforms, has been published by The Left in the European Parliament, and notes that some 287,000 million euros in business profits are transferred each year outside the EU, which generates tax losses of 50,000 million.

A third of these profits come solely from Germany and almost another third from France. These EU states occupy second and third place after the US in the world ranking of victims of corporate profit transfers, which causes them to lose a quarter of corporate tax revenue each year.

“The health emergency has caused a spectacular economic recession”, says the co-chairman of The Left in the European Parliament, Martin Schirdewan, member of the Tax Affairs Committee and promoter of the report: “EU governments had no choice but to spend billions in temporary social safety nets and economic stimuli. However, today, after a year of crisis management, the conservatives are raising their voice again. Alarmed by the high levels of public debt, they demand fiscal discipline. To avoid a return to another decade of austerity, we must seize the moment and call for a redistribution of wealth. ”

There is also a kind of tax haven among the EU Member States, as the report relates. Thus, the Netherlands is the number one destination to transfer business profits, amounting to 134,000 million euros (140,896 million dollars), which represents more than 10% of the country’s GDP. It collects five times more profits than Ireland and eight times more than Luxembourg, which are the most representative tax havens in the EU.

These figures show that EU governments have failed to tackle harmful tax practices within the Union.

“The extremely unequal concentration of wealth has been exacerbated by the pandemic. The number of billionaires is increasing. For super-wealthy corporate owners like Jeff Bezos, Bill Gates, Elon Musk and Mark Zuckerberg, the COVID-19 crisis has spawned big windfall profits. Many multinational corporations, especially technology corporations, have made superprofits month after month. Microsoft and Facebook are a good example. During 2020, their profits increased by 44% and 53%, respectively. Amazon, they look like small fish. Amazon’s profits soared 84% with revenues reaching $ 386 billion, which is about the size of Ireland’s total GDP, “explains Schirdewan:” In the 1970s, Business tax rates among OECD countries averaged 45%. After half a century of tax abuse, the average tax rate has plummeted to 25%. A proposal below this rate will not stop the tax race. “

The escape clause that avoids debt and deficit controls in the EU is expected to be deactivated in 2023, a horizon in which Brussels will begin to demand to adjust the accounts, something that can be done by means of cuts or an increase in income. In this sense, the agreement on a minimum tax for large companies may represent a relevant change compared to the management of the 2008 crisis.

The Janský study shows that “at least two thirds (18 out of 27) of the EU Member States lose out due to the transfer of profits from multinational companies. The largest EU economies see most of their profits transferred to tax havens in absolute values, including Germany ($ 102 billion or € 97 billion in 2016) and France ($ 91 billion or € 86 billion) Relative to their corporate tax revenue, in addition to Germany and France, Lithuania, Poland, Romania and Italy are estimated to lose more than 15% of their current corporate tax revenue due to the transfer of profits. ”

At the same time, some EU member states, notably the Netherlands ($ 141 billion or € 134 billion of transferred benefits), Ireland ($ 28 billion or € 27 billion) and Luxembourg ($ 18 billion or € 17 billion). million euros), serve as tax havens and allow this tax avoidance.