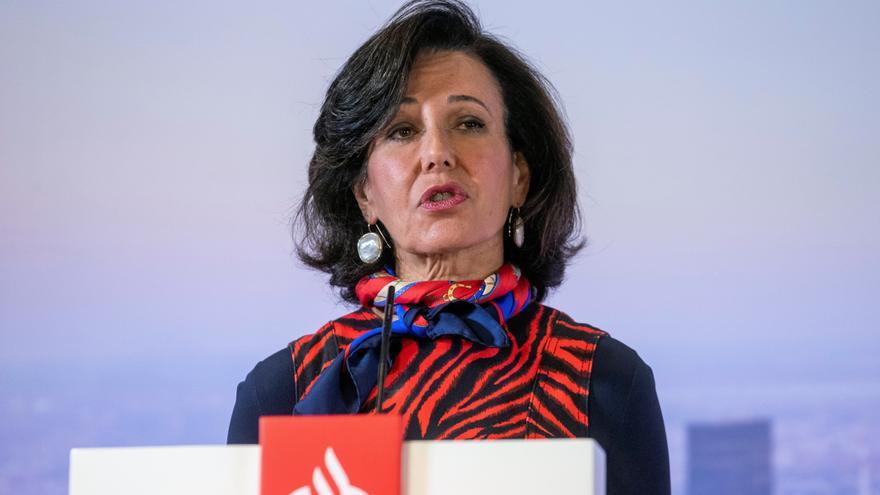 The year of the pandemic caused an unprecedented collapse in recent years for the profits of the large Spanish banks. The six main banks (Santander, BBVA, CaixaBank, Bankia, Sabadell and Bankinter) ended 2020 with an accumulated loss at the end of the year of 5,536 million euros, weighed down by the large losses of Santander. The millionaire provisions to face the possible effects of the pandemic on loans have led the banks to close their worst year since the financial crisis, in terms of the accumulated results of the six main entities.

The last to present the results was Banco Santander. The entity chaired by Ana Botín closed the year with historic losses of 8,771 million euros, compared to the profit of 6,515 million euros a year earlier. The group attributes this reality to a series of accounting adjustments that have caused “an extraordinary charge without cash effect of 12,600 million euros”. The ordinary profit, without these changes, would have been 5,081 million.

The year has left a change compared to what has been usual in the Spanish financial sector and that is that, although Santander continues to be the entity with the highest profit, CaixaBank has climbed one position and has surpassed BBVA as the second bank with the higher result: 1,381 million compared to 1,305 million. The Catalan entity, which will complete the legal absorption of Bankia in the coming weeks, is the one that has best withstood the year of the pandemic, earning 19% less despite having provisioned more than 1,252 million euros to face the crisis that could cause the coronavirus in the delinquency of credits.

Sabadell has been located on the opposite side. The entity chaired by Josep Oliu ended 2020 bordering on losses, obtaining a profit of just 2 million euros, 99.7% less than what was obtained a year earlier. The important provisions, of more than 1,600 million euros, to face the pandemic have sunk the bank’s result. In addition, as he pointed out this Monday, without its British subsidiary the profit would have been 222 million and the cut somewhat lower, 72%. The bank is leaving behind a year in which its merger with BBVA failed and is now focusing on designing a strategy to continue alone, for which it will have a new CEO, César González Bueno.

It has not been a more buoyant year than what would have been its partner in the event of a merger agreement, BBVA. The entity chaired by Carlos Torres ended 2020 with a 63% cut in profit. In his case, the bank blamed the cut on an accounting adjustment in its US subsidiary, which was sold late last year. However, taking into account exclusively the profit from the activity in Spain, the bank cut profits by 56%, to 606 million euros.

The presentation of results for the 2020 financial year was the last for Bankia. The rescued entity will be included in the CaixaBank balance sheet in the coming weeks. The bank says goodbye as a solo entity with a 57% cut in profit, to 230 million euros. The sixth bank in Spain, Bankinter, ended last year with a profit of 317 million euros, 42% less.