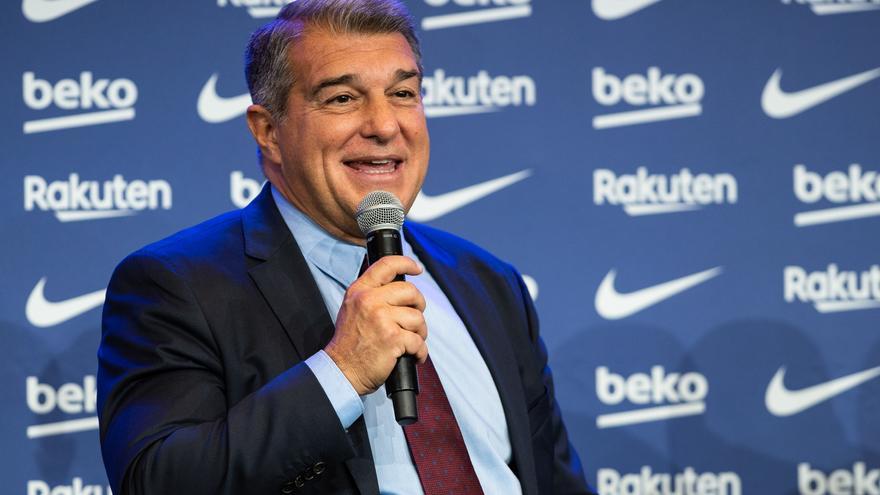 The president of FC Barcelona, Joan Laporta, said this Friday that in his opinion the Blaugrana Ousmane Dembélé he is “better” than the Paris Saint-Germain striker Kylian Mbappé and added that his wish is that I ended up renewing with the Blaugrana club, with negotiations already underway.

“Dembélé wants to stay and I know it, because we have a very good relationship with him. For us he is a piece of player and we want him to stay. I am enthusiastic about Dembélé, for me he is better than Mbappé and I would very much like him to stay, “he said on TV3’s ‘Els Matins’.

In this sense, he recognized that negotiations are situations that require time. “The representatives want the best for the player, sometimes I make them understand that the best is not only the money and I hope he stays”, manifested.

On the other hand, still on the output of Leo Messi of the club last summer, qualified his words in which he commented that he hoped that the player wanted to play for free in order to stay. “I do not know if it would have been possible for Messi to remain unpaid. I never asked him to play for free,” he clarified.

“He is the best in the world and we knew he had a very important proposition. But what he played for free should come out in any case from him, not from me, “concluded the president, who assured that the controversy was born from a” false premise. ”

In this sense, he believes that the club should have a good relationship with Messi. “He is one of the best in the world, if not the best. I respect the position that Messi believes he should have and for my part he has his hand extended,” he said.

And he denied that the partner and the Blaugrana partner could be upset or disappointed with him, after Laporta assured that Messi would renew. “They knew what they were voting for. We did everything possible for him to stay and we already had an agreement, but it couldn’t be given because LaLiga changed the entire dynamics of the contract, “he added.