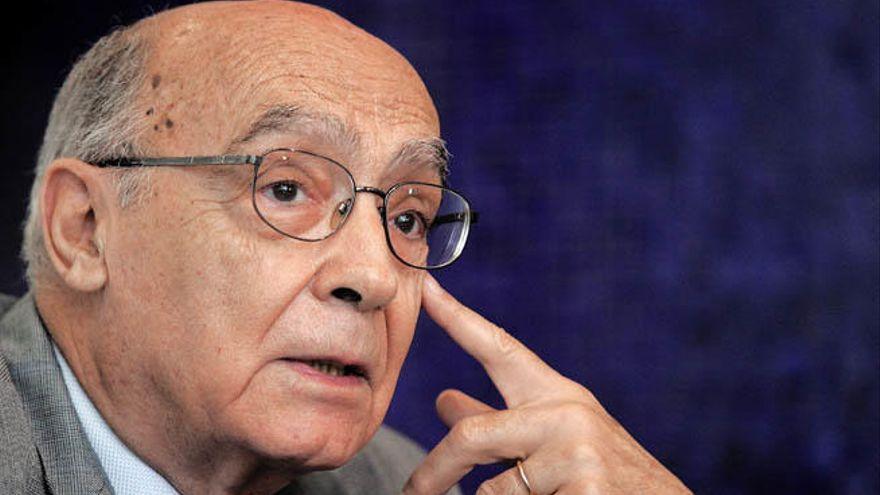 This consideration is made in an interview by the member of the Royal Spanish Academy for Portugal and professor at the University of Coimbra, Carlos Reis, curator of the commemorative acts of the centenary of the birth of the Portuguese writer that will take place throughout the next year worldwide.

For Reis, one of the main scholars of the work of Saramago, the fact that the Nobel Prize winner in literature decided to establish his permanent residence on the island clearly influenced the writer’s work “and we can raise this on two levels.”

“One is evident since in Lanzarote, Saramago found his refuge, his home, after he experienced a regrettable episode in Portugal with the publication of one of his works. And then, at another level that has not yet been sufficiently studied, and I don’t know to what extent, Saramago’s writing itself, was influenced by the island setting “says the expert.

Reis indicates that it should be taken into account that Saramago wrote an important part of his literary production in Lanzarote, especially that, (from “Essay on blindness”), in which the way of writing changes.

He assures that this change is reflected in the fact that, in Lanzarote, Saramago “becomes a more direct writer, a writer who elaborates less, as an act of literary baroque, language” and who deals, above all, with universal themes allegorical.

“The change of the Saramago interested in the history, in the Portuguese social life, of the peasants, of the workers, of historical figures like Don Juan Quinto, or Ricardo Reis, that time is a time before Lanzarote”, sentence the academic. In this sense, Carlos Reis recalls that during his residence on the island, Saramago wrote works such as “La Caverna”, “The essay on lucidity” or the “Journey of the elephant”, which highlight this difference so that, in In his opinion, it would be convenient to study in depth this apparent influence of the landscape in the work.

One of the symposiums scheduled in Portugal on the occasion of the celebration of the centenary of the birth of the Nobel Prize in Literature will revolve precisely around the “Aesthetics and ethics of the novel in Saramago” who, according to Reis, especially from “Essay on blindness” is a novelist who not only deals with human subjects, but above all those that have an ethical dimension.

“In principle and normally from a very critical point of view: human cruelty, injustice between men, personal identity, the double personality that we can have and I speak of some themes of his works of what he himself called the time of the stone”, Add.

Reis indicates that although in this new period the writer “goes directly to these issues of an ethical dimension”, he does not forget an ideological dimension in his production, although it was more evident “in the Saramago of the statues, again following the classification that he himself made.

In this sense, Carlos Reis Remember that “any writer, by giving importance to the ethical dimension of his work, speaks not only for today’s readers but also for readers a hundred years from now” and this is, he adds, precisely “one of the aspects that most they guarantee that Saramago is a writer for now and for the future. ”

Carlos Reis has visited Lanzarote to work on the planning of the events that will take place to celebrate the centenary of the birth of the Portuguese writer, whose coordination he is responsible for worldwide.

The study of his biography, the reading his works, new publications in different formats of his works and academic meetings on his figure around the world will be the central axes of the commemorative events of the centenary of the birth of the Nobel Prize in literature.

The commissioner of the centenary anticipates that all the initiatives revolve around the objective of knowing better what Saramago means today, “but above all his condition as a citizen, as a thinker, his training and above all his training as a self-taught person”.

The centennial celebration It also contemplates the realization of numerous publications with “republications” that contain a new graphic design and also new publications about the writer, among which a photographic album that is being prepared stands out, where an image and text run through Saramago’s biography and a book in Italian on lectures by Saramago in Italy, as well as a book of doctrinal texts on literary doctrine, of social thought to be published in Brazil, at the federal university of Para.

On the academic axis of the centenary, Carlos Reis anticipates that for now there are a dozen conferences and congresses confirmed in different parts of the world, such as Portugal, Spain, Brazil and the United States. “which is something really impressive and that gives a very clear idea of ​​the universal dimension of this writer”.

For Carlos Reis, the work of the Portuguese Nobel Prize continues to be in the foreground as evidenced by the fact that with the pandemic, one of his work “Essay on Blindness” has gained exceptional importance because Saramago “knew how to foresee the future and anticipate tragedies” .