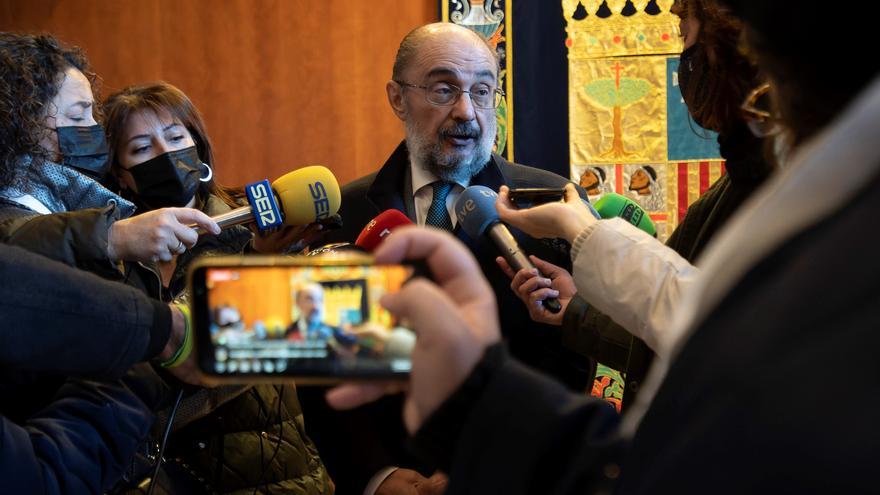 The president of Aragon, Javier Lambán, calls for a “short-term” solution for the insufficient financing of all the communities, which spend most of it on managing the pillars of well-being entrusted to them, and regardless of the distribution criteria, to which continues to demand that the cost of providing “person-to-person” services be taken into account.

Before the meeting of regional presidents to be held this Tuesday in Santiago de Compostela to address regional financing, the Aragonese president welcomes the increase in participating communities because they will thus have “more force” the approaches that Aragon has always defended when it is I summoned the Council for Fiscal and Financial Policy to discuss the new financing system.

The meeting, recalls in statements provided by the Government of Aragon, will serve to ratify an agreement adopted on previous occasions and reissue the one reached in September 2018 in Zaragoza between Galicia, Asturias, La Rioja, Castilla-La Mancha, Castilla y León and Aragon on the reform of the financing system.

It was already demanded then in the manifesto signed between all of them that it not include privileges for any autonomy and that it be undertaken urgently. At the meeting in Santiago de Compostela, the list of participating autonomies was increased with the sum of Cantabria and Extremadura.

Lambán insists that the new financing model must take into account what it costs to provide services in communities like his, with a very low population density and quite old, where the “person-to-person” benefit is much higher than in communities younger.

But regardless of the criteria for the distribution of the money, he emphasizes that all the autonomous communities agree that financing is “manifestly insufficient” and that, in all of them, more and more is eaten out of the budget “the management of education, health and social services, leaving a margin for investment “increasingly smaller.”

For this reason, a solution is urgently needed “in the very short term, even by 2022” because the increase in health spending is exponential with an increasingly aging population and with greater and more expensive treatments and it is a common problem of the autonomies, both of the populated as one of the least populated.