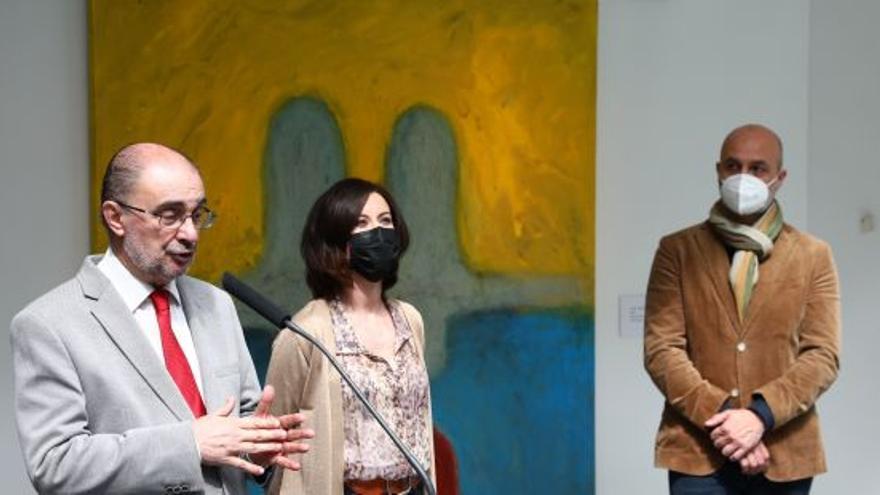 The President of the Government of Aragon, Javier Lambán, has considered that the 15M demonstrations, which is celebrated this Saturday 10 years, and the outrage of the citizens with the measures that Europe and Spain were applying at that time to stop the crisis economic “were perfectly justified”, but since then the country “is mired in political instability.”

Lambán made these statements during his visit to the Ejea Art and Exhibition Center (CAEE), which has reopened its doors after the hiatus caused by the pandemic.

For Lambán, the concentrations of May 15, 2011 were a reaction “to a certain extent logical” to the adjustment measures initiated in Spain by President José Luis Rodríguez Zapatero and developed in all European countries.

“I think it was quite justified – the movement of the outraged – because the governments reacted badly, made mistakes and applied absolutely crazy recipes to combat the crisis,” said the Aragonese president, while defending the pandemic “Europe has reacted in a totally different way.”

According to Lambán, the political decisions that followed after this movement, such as the reform of article 135 of the Constitution, agreed by the PP and the PSOE, “even more unworthy” to the citizenship and “later the Government of the Popular Party arrived continuing with the policies of adjustment and cuts, which increased that outrage. ”

All of this, Lambán continued, “caused a kind of earthquake in Spanish politics as of the December 2015 elections, from which the country has not yet recovered.” The outrage “was perfectly justified”, but the political result of that movement “has not favored Spain at all,” the regional leader clarified.

Since the 2015 elections, in Spain “there has been no way to build strong governments, governments capable of facing the great challenges that lie ahead,” so “I believe that there is going to be a more and more widespread sensation in the Spanish society the need to regain some kind of more or less imperfect bipartisanship that gives stability to politics “because” that is how Spain cannot continue, “he concluded.

“It is the best for the unity of Spain”