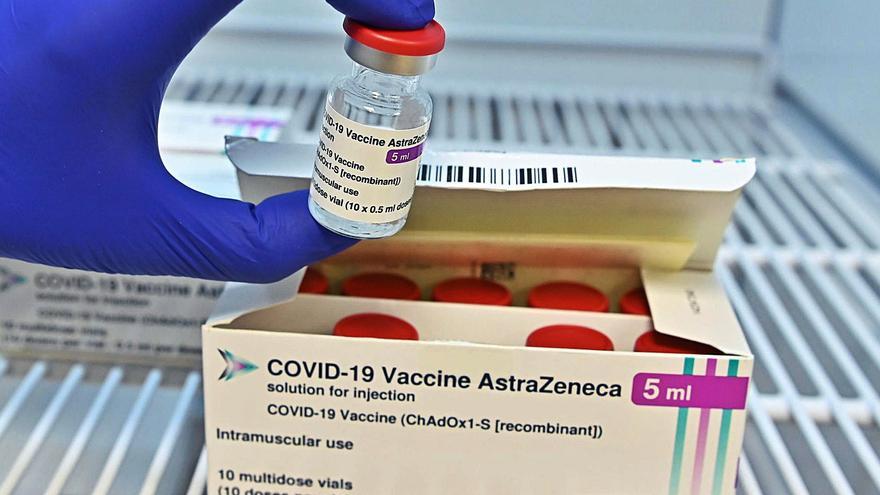 Laboratory of the pharmaceutical AstraZeneca.

The Ministry of Health proposed yesterday to the autonomous communities to inject the AstraZeneca Covid-19 vaccine only to those over 60 years old – until now it was administered to those under 65 -, an age range to which other countries of the EU. As regional sources informed Efe yesterday, the health area added this point to the agenda of the Interterritorial Health Council held after the meeting of the European Ministers of Health that has analyzed the conclusions of the European Medicines Agency (EMA) about this vaccine.

A week ago, the executive director of the European Medicines Agency, Emer Cooke, appeared to explain for the umpteenth time that they had no evidence of the link between the AstraZeneca Covid-19 vaccine and the cases of rare thrombi identified or evidence to support restrict the use of the antidote. Yesterday, after a new evaluation by the experts of the Pharmacovigilance Committee (PRAC), the EMA confirmed that there is “a possible link” with the very rare cases of unusual blood clots reported among vaccinated people, but insists that “the general benefits in the prevention of Covid-19 continue to outweigh the risks ”.

“The EMA safety committee has concluded that unusual blood clots with low blood platelets should be included as very rare side effects of Vaxzevria (as the AstraZeneca vaccine is now called),” the agency said in a statement in which argues that a plausible explanation for the combination of blood clots and low platelets “is an immune response that leads to a condition similar to that sometimes seen in heparin-treated patients.”

In this regard, the EMA once again recommended to healthcare professionals and all people receiving the AstraZeneca vaccine to be aware of the possibility of blood clots during the two weeks after receiving the injection and to know the possible symptoms (headache, abdominal pain or shortness of breath, among others).

So far, as Cooke explained, most of the cases have occurred in women under the age of 60, although with the currently available evidence “no specific risk factors have been confirmed”, neither by gender, age or previous medical conditions. .

Despite this conclusion, the EMA does not recommend limiting or restricting the use of the vaccine and insists that it should continue to be used because the virus continues to cause thousands of deaths every day.

The new analysis of the EU has been accelerated by the statements of the head of the agency’s vaccine strategy, Marco Cavaleri, to the Italian newspaper Il Messaggero last Tuesday, in which the existence of a link between the cases of thrombosis advanced and the Anglo-Swedish pharmaceutical vaccine. “It’s clear there is a link,” he said in an interview. “What we do not know yet is what causes this reaction,” he admitted about the cases of thrombi that would affect mainly women with an average age of between 45 and 47 years.

The pharmaceutical companies that have developed the coronavirus vaccines approved in the European Union (EU) are legally responsible for the possible adverse effects of their drugs and, in the event of litigation, these will have to be resolved in the national courts of the Member States.

“Our policy has always been the same: companies, and not the EU, are responsible, based on European liability rules,” the health spokesperson for the Community Executive, Stefan de Keersmaecker, explained to Efe.

The European Commission (EC), following the scientific recommendation of the European Medicines Agency (EMA), has for now approved the drugs from Pfizer-BionTech, Moderna, Johnson & Johnson and AstraZeneca for distribution in the EU, the latter being the the only one that has raised doubts about its safety.

“All of our contracts fully preserve the rights of patients and respect the Product Liability Directive. This means that patients can go to court as if there were no joint purchase agreement ”managed through the European Commission, added the community spokesperson.

Where appropriate, any harmful defect must be established before the competent court with proof of the damage, the defect and the causal relationship between defect and damage, said the European Health Commissioner, Stella Kyriakides, in a written response to two MEPs last September. from left, Katerina Konecná and Marc Botenga.

And if the courts determine that the company is responsible, it “will have to compensate the citizen,” said the EC spokesperson, who pointed out that “patient compensation mechanisms financed by the State or industry in some countries also remain in force. “, Which” can intervene with total normality according to the applicable national legislation. ”

On the other hand, the pharmaceutical company will not be responsible if it is determined that “the state of scientific and technical knowledge at the time the product was put into circulation was not such as to allow the existence of the defect to be discovered” and in that case the laboratory You will not be obliged to pay, according to the Directive.