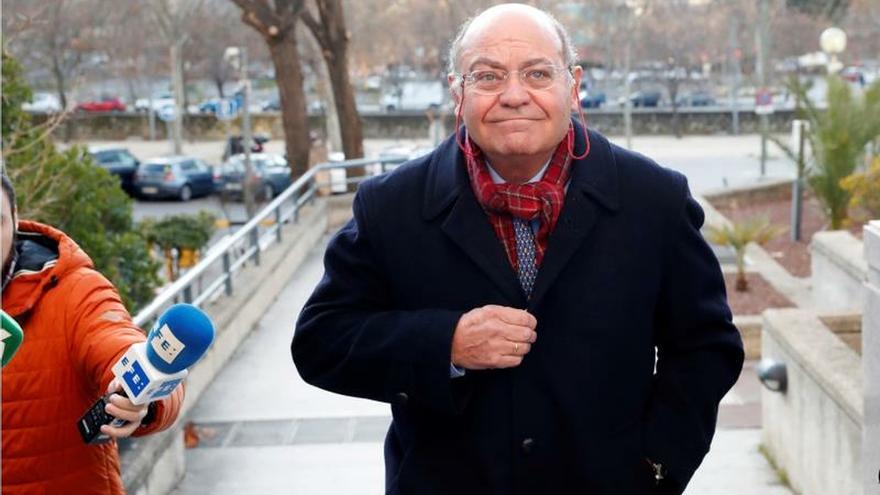 The days of the Medals of Merit at Work in the hands of Francoist repressors and those convicted of corruption are numbered. The Council of Ministers has approved this Tuesday the regulation that governs the highest distinction of the Ministry of Labor, directed by Yolanda Díaz. The legal reform seeks to renew the criteria for its award, but also to remove recognition from some winners, such as those of the "repressive apparatus of the Franco dictatorship." Among them, there is an outstanding man: Francisco Franco. A businessman with a name and surname also stands out as a candidate to lose the distinction on the side of corruption: the former president of CEOE Gerardo Díaz Ferrán.

The new regulation, that Labor already raised to a public hearing in September of last year, has received the green light from the Government this Tuesday. Among the novelties, it enables the Ministry of Labor to withdraw this distinction, something that was not foreseen in the current norm. Two situations are contemplated for the revocation: in the case of the winners who have "formed part of the repressive apparatus of the Franco dictatorship" and also to those beneficiaries who are shown not to have had "exemplary" behavior.

The letter of the decree refers in this last case to "when it is accredited that the conduct and trajectory of the person or entity awarded is incompatible with the civic and professional exemplarity required to obtain the award, and, particularly when it is accredited that the beneficiary , before or after the concession, had been declared responsible for acts constituting a crime or administrative infraction that, due to their nature and seriousness, are incompatible with the aforementioned civic and professional exemplary nature.

This forecast has a clear candidate, due to his notoriety, the former president of the employers' association Gerardo Díaz Ferrán. Convicted of a long list of crimes, he received the Medal of Merit at Work from the PP in 1999. The Government of José María Aznar made him worthy of this distinction from the Ministry of Labor, which seeks to reward "exemplary conduct in the workplace ".

Díaz Ferrán's distinction has aged badly in view of the curriculum of convictions that he currently holds. The conduct of the person who was the face of Spanish business between 2007 and 2020, as president of the CEOE, and co-owner of the Marsans group, has been discredited in court, which put him in jail from 2012 to 2018 for various crimes. Since then he enjoys semi-liberty for good behavior.

Díaz Ferrán's convictions include misappropriation, match fixing in the Balearic Islandstax fraud in the purchase of Aerolineas Argentinas, causing the patrimonial emptying of the Marsans group (of which he was co-owner with his former partner Gonzalo Pascual, who died in 2012), appropriation of up to 4.4 million euros from the conglomerate's clients, and for the use of the 'black cards'among others.

Withdrawal from Francoists even if their crimes have prescribed

Regarding the other case of revocation, it refers to "when it is proven that the beneficiary person, before or after the concession, due to having formed part of the repressive apparatus of the Franco dictatorship, had carried out acts or observed conduct manifestly incompatible with democratic values ​​and the guiding principles for the protection of human rights". Among the award-winning Francoist leaders is, for example, General Juan YagueRemember Public.

The award was created by the Royal Decree of January 22, 1926, it disappeared during the Second Republic, and the Franco Regime reinstated it by decree in March 1942. In democracy, the medal was maintained, although a new regulation was established in 1982. Although more is usually said about the Medal, there are actually two 'awards': the Medal, which distinguishes hard-working and professional people, and the Plaque for Merit at Work, intended for associations, corporations, public bodies or entities .

It should be noted that "the prescription of crimes and penalties or administrative offenses and sanctions" imposed will not exempt the withdrawal of the awards. The procedure for the withdrawal of the awards, regulated in the regulations, "will be initiated ex officio" at the initiative of the person in charge of the Ministry of Labor and Social Economy, once the concurrence of said circumstances is known. Currently, Yolanda Diaz.

Equality and Occupational Health, worthy of the award

The decree has also renewed these distinctions, giving relevance to values ​​such as equality and occupational health with a view to obtaining them in the future. The new regulation updates the format of the award categories and the requirements to access them. It goes "from a model of gold, silver and bronze medals, to a model with different modalities in attention to certain defining elements that seek greater integration, transparency and objectivity of the decoration", explained the complementary memory of the decree. The new three categories are "Equality", "Excellence" and "Occupational Health".

In addition, the "special category" medal and plaque is created in each of these three modalities, which is equated to the Grand Cross category and, therefore, to the previous gold medal. This may be granted each year at the proposal of the head of the Ministry of Labor and Social Economy.

The possibility of awarding the decoration "posthumously" to those people who "have contributed to advancing in the achievement of the aforementioned values ​​of progress and democratic excellence" is also recognized, the report stated.