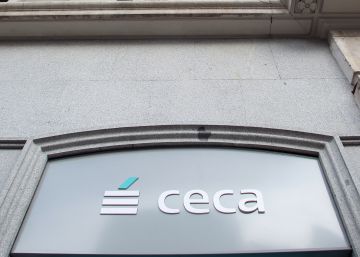 The new regulation of registration of workday This year, promoted by the Government, it is generating serious headaches for the business sector due to the obligation to implement a new system for controlling the workforce of its workforce. Although the system is still pending implementation in the bulk of companies, the problems, however, also already affect the few pioneer companies that have launched it, at least in the case of the old savings banks.

The Ministry of Labor has just urged the financial entities adhered to the Confederation of Savings Banks (CECA), listing that includes CaixaBank or Bankia, to correct the new day registration agreement that they signed in September because it violates some aspects of the new regulation and the Spanish Constitution.

Specifically, the Ministry has detected that the schedule control plan for cashier employees does not allow access to the data to part of the union representation of the workforce, specifically to delegates, as explicitly required by the new standard.

This has just been communicated by the Deputy Director General of Labor Relations of the Ministry to the sector, in a letter, dated October 3, which called on the entities to present the allegations they deem appropriate within 10 days or to correct the text to adapt it to current legislation.

The text of the schedule control agreement of the boxes, registered with the General Directorate of Labor on September 12, states that “on a monthly basis the company will facilitate the legal representation of workers, through computer support (spreadsheet format) the content of the working day register of the workers of the work center in which they exercise their representation ”.

“In addition, with the same periodicity, it will facilitate the registration of working hours of all the workers of the company to the union sections constituted in the company that reach 10% of the members of company committees and delegates and delegates of personnel in the set of it ”, adds the document.

“However, we observe that throughout the mentioned second section of point VI of the Agreement, any reference to the possible representation, by means of a single union delegate, of the union sections of those unions that have not obtained 10% of the votes in the election of the corresponding company committee, possibility expressly contemplated ”in the law, warns the Ministry of Labor in its writing to the cashier sector.

"Not knowing whether or not it is an involuntary omission," they explain in Work, the Ministry requests "a clarification in this regard, in order to determine whether this implies a limitation of the representation rights of trade union sections with an implementation less than 10% in works councils and therefore a violation of freedom of association recognized in article 28.1 of the Constitution and in the aforementioned "day registration law.

There is a circumstance that the day registration agreement had been agreed between the employer of the sector and the unions CC OO, UGT and Fine, but did not have the approval of other platforms such as the Intersindical Credit Confederation. The Ministry informs the entities that the irregularity detected had been challenged by one of the currents of this union, the Galician Intersindical Confederation (IGC). It was his complaint that motivated the file processed by Labor.

The hourly registration agreement sealed by the savings banks is one of the first sector agreements of this type, and one of the most prominent in the entire business landscape after Telefónica. The affiliated entities, which include Ibercaja, Abanca, Unicaja, Liberbank or Caixa Ontinyent, in addition to the aforementioned CaixaBank or Bankia, agreed to leave that hourly control in the hands of their nearly 70,000 workers.

They must record the start and end of their work schedule, discounting the “rest times” and other periods that do not correspond to “effective working time”. The agreement contemplates that companies provide their employees with applications that allow them to carry out control through their installation on devices such as laptops and mobile phones from which the company can also geolocate its workers.

As for overtime, the agreement contemplates them as an unadvisable and voluntary practice that should only be used in exceptional cases. The registration must be valid before the end of the year when the information will be available to Labor inspectors and union representatives of the workforce, although, for now, it would not be available to all of them, according to the Ministry's complaint.

From the CECA they advance that the commission of follow-up of the agreement will meet on Thursday of the next week, when the term given by Work expires, and that it will be in that appointment where in principle it is foreseen to correct the detected problem.

Collective agreement. The remedy file that the Ministry of Labor has issued against the new agreement for the hourly registration of the old savings banks is not the first varapalo that receives this year a sectorial agreement of the branch. Last June, the Court Supreme condemned to all the financial entities adhered to the Spanish Confederation of Savings Banks (CECA) to pay to the whole of their staff a salary supplement that had been suspended under the sectorial collective agreement of 2015 to 2018 stamped by the employer and the UGT unions and CC OO. The pact prompted the rejection of several other union platforms, such as the Inter-Trade Union Confederation of Credit (CIC), chaired by Gonzalo Postigo, the CGT or the SIB Balearic platform, which took the matter to court and ended up winning. Beyond the attention to the boxes, the ruling of the high court and the file now opened by Labor is a blow to the agreements reached by the negotiating commission of the branch, in which both entities and majority unions are present.

Conte announces a strategic plan with the use of European funds

CC.OO. and UGT call a strike in Lidl for the «refusal» to reduce risks for the workforce